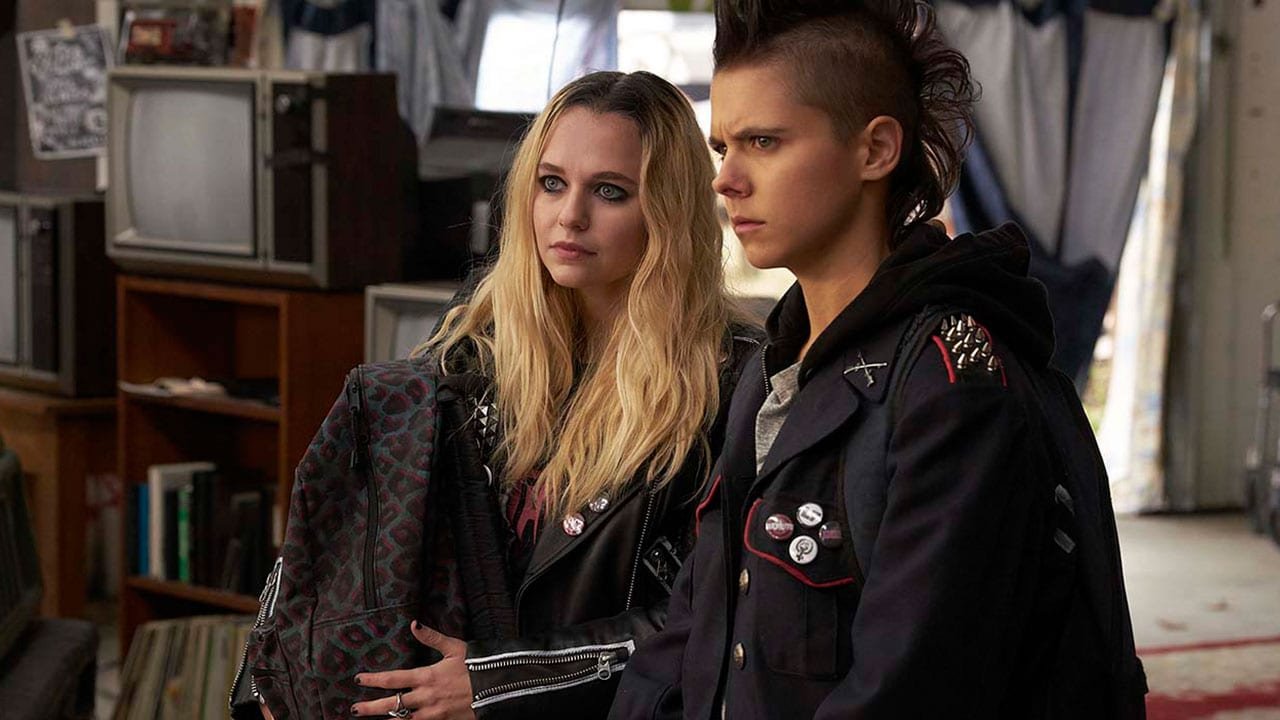 Riot Girls grabs you immediately with its stylish comic book intro. This is the ’90s as you sort of knew it, but just add on a flesh-eating disease that leads into a post-apocalyptic world, no big deal. By the time we get to the main conceit (the survivors split the focal town into the haves and have nots), it becomes all too familiar. But it’s how Riot Girls uses this time-hardened premise that counts.

If the title didn’t clue you in right away, Riot Girls is a very punk movie that’s meant to invoke a bygone era; and is all the better for it. Exposition is light and well-executed (beyond the short rundown at the start, there’s also a few painless character breakdowns, also done in a transposed comic book style). There’s certainly a temptation to go full camp here, but the whole hokey Lord of the Flies feel (which sometimes suffers due to the underdeveloped sets) is shirked by the outlandish, yet grounded cast.

Centred around a rescue mission in enemy Titan (the rich jock faction) territory, there’s a clear conflict that strings us through the breezy 82-minute runtime. Yet, in spite of the explosive conflict, the main hero duo’s relationship (Madison Iseman, Paloma Kwiatkowski) is key to making the film work. They have a natural rapport that doesn’t require any real buildup and had me all smiles through their ups and downs.

Although not everyone is up to the task (especially on the Titan side), some of these characters and costumes were transposed directly from the ’80s/’90s era of film: like the casting department is capable of time travel. There are cheeseball moments for sure (yeah, Joan Jett’s “Bad Reputation” is in for a moment just in case you haven’t heard it in a minute), but Riot Girls never truly descends into schlock.

This is mostly a character study all told, but it can also get pretty shocking with its sparing ultraviolence (which is mostly backloaded): these are kids after all, and this is a lawless environment! I wouldn’t watch it for the action, mind, but it’s there nonetheless.

Like Turbo Kid before it, Riot Girls gives us a worthwhile glimpse at the past without clinging too hard to it. It’s not a story for everyone (try not to dwell too hard on the fact that it looks a little cleaner than it should), but its heart propels it.

With an infectious core cast and a punky twist, Riot Girls is a world worth briefly exploring. 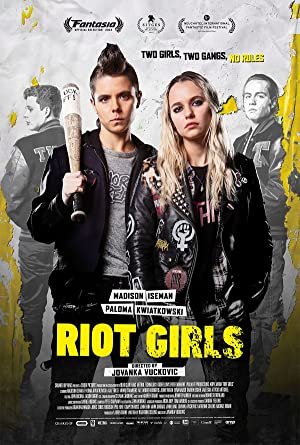