Snow White And The Huntsman (2012) Review 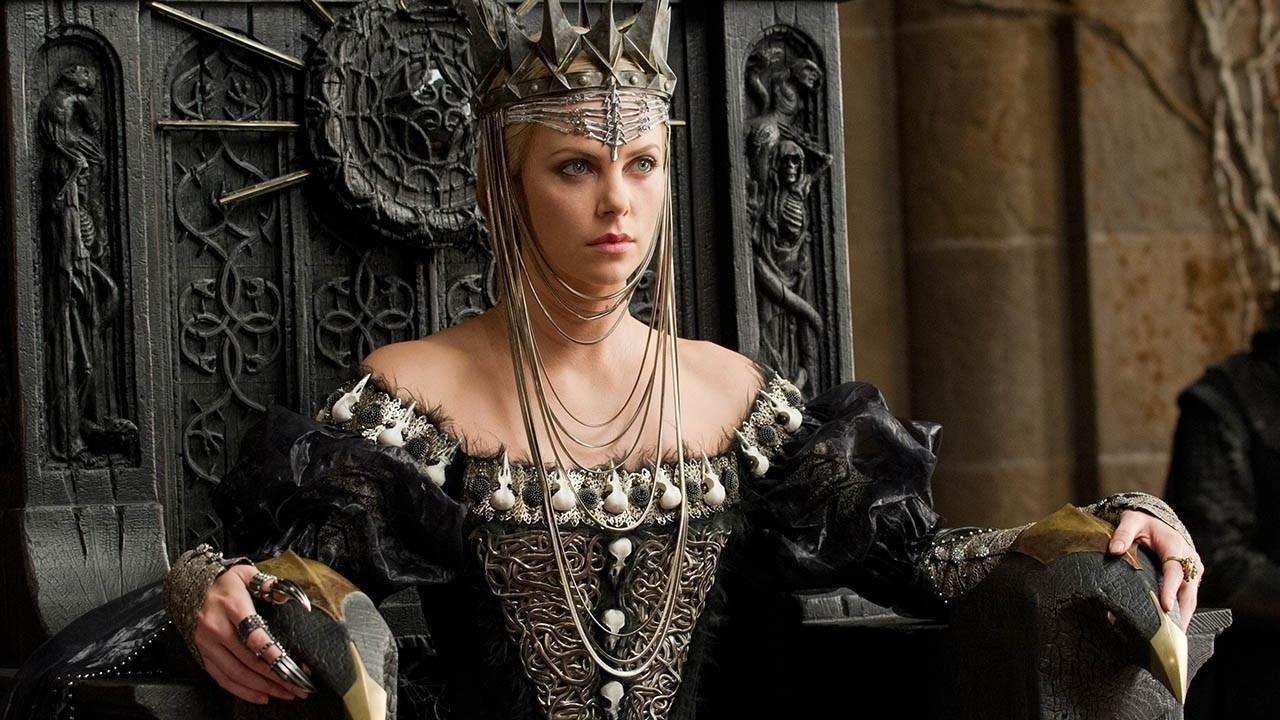 In the pantheon of movies that no one sane or with even a moderately functioning brain ever wanted to see, Snow White And The Huntsman ranks pretty high. It’s a movie clearly created to be a profitable pitch rather than anything resembling a story someone wanted to tell. A cynically produced combination of spare parts from previously profitable movies mashed up into something that should in theory appeal to all audiences, but will ultimately appeal to no one. While watching the awkward mess it’s all to easy for your mind to drift off and visualize the pitch meeting between a desperate writer and a cigar chomping executive that goes something like this:

Writer: Ok, I’m kind of running out of ideas here.

Executive: That’s in the public domain and so the rights are free, I like that. Plus there’s that Julia Roberts Snow White movie in production, so it must be hot right now. Sounds interesting. Only girls will come though and I don’t like that. We need a wider demo.

Writer: What if we cast the Twilight girl as Snow White? Then all the tweens will come.

Executive: Hmmm, better. But we’ll need an action star as well to bring in some guys. How about Thor? He’s good at beating up magical creatures.

Writer: Right, I guess that could work. He could play Prince Charming or is it the Huntsman? I forget.

Executive: Well, I prefer the Huntsman, but either way it’s starting to sound too girly again. I’m losing interest and so is the audience. Any other ideas?

Writer: Well..,um…what if we did a fantasy adventure for Chris Hemsworth instead? Kind of like Thor, but more like Lord Of The Rings so that it’s not Thor. Then we could still cast the Twilight girl as the love interest and get everyone in the theater.

Executive: Lord Of The Rings sure made a lot of money. I like that. They had the funny midgets and everything.

Writer: Actually they prefer to be called “little people” or “dwarves.”

Executive: Don’t you PC me, boy!

Executive: Wait! Shut your face for a minute. I think I just had an idea and I don’t want to lose it. Dwarves…dwarves…there were a couple of those little fuckers in Snow White, right?

Executive: Ok, get ready for this, what if we did Snow White, but made it like Lord Of The Rings? They’ve both got swords and dragons and midgets and shit. We’ll just jam em’ together, give Thor an axe to kill people with and there will be something for everybody!

Writer: I’m not really sure if that’s quite what Snow White is about.

Executive: Look, I’m buying any of your ideas, but I’ll make your fruity little fairy tale if you give me some sword fights and midgets.

Executive: Alright, would you do me a favor and send in the next writer as my office door bumps you on the ass. I’ll get him to whip up this billion dollar Lord Of The Snow Midgets idea.

Executive: Great. Now get me the script by next week so that we can start production and try to beat that Julia Roberts Snow White picture to the punch.

Writer: I’m not sure if that’s possible, but I’ll try.

Executive: Well, get me what you can and I’ll hire a few more writers to finish it next weekend.

And thus we have Snow White And The Huntsman. A movie that opens with a half hour prologue starring Charlize Theron as an evil witch who seduces, dupes, and kills a king to take over his kingdom and plunge the land into darkness. She’s still got a magic mirror like the fairy tale, but thanks to the magic of CGI, the mirror inexplicably turns into a shiny warlock to tell Charlize how beautiful she is. Soon, Theron is sucking the youth out of all her subjects to stay beautiful and just when you start to forget this whole thing is supposed to be about Snow White, Kristin Stewart is introduced as the princess trapped in a tower by the evil queen for her entire life (which at least explains Stewart’s impossibly pale complexion for once). Stewart breaks out and hooks up with Chris Hemsworth’s Huntsman who protects her as they travel across the land simply because that’s what action heroes do.

Eventually they meet up with a team of dwarves played by the likes of Ian McShane, Bob Hoskins, Ray Winstone, and Nick Frost for some reason. They escort Snow White to a magic fairy deer (don’t ask), who reveals that she has some sort of magical powers that could liberate the kingdom from Theron’s evil reign. Then because there hasn’t been any action in a while, a fight breaks out between Theron’s brother and Snow White’s motley crew. The good guys inevitably win but then Theron tricks Stewart into biting a poison apple because that happened in the fairy tale. Hemsworth’s kiss eventually revives her and when Snow White comes back to life she’s suddenly a Joan Of Arc style warrior princess despite being passive and whispering only a handful of lines up until this point. She leads an army to Theron’s castle and yadda yadda yadda, happily ever after.

The plot summary pretty well reviews the movie on it’s own. This thing is a confused mishmash of fantasy adventure and the Snow White fairy tale that never gels or makes much sense. It does lend itself to some expensive summer movie spectacle though and certainly looks like a blockbuster. However, it’s amazing how boring spectacle can be when you don’t really care about the plot or characters. The cast were all clearly well-paid and have proven to be talented elsewhere. Unfortunately, they all have thankless roles that give them little to do. Theron vamps as the villainess, overacting up a storm to try and force some sort of characterization onto a cardboard villain. Stewart can be decent in a good role, but when stuck with a boring female archetype like this tends reverts to two modes of “acting” focused on her mouth: she either offers a half open mouth while gazing in confused wonder or a tight lipped stare of frustration and/or determination. Hemsworth is a good action hero, but has so little to do that he decides to focus his energy on a ludicrous Scottish accent instead of acting (he also narrates the prologue for reasons known only by the filmmakers).

The only members of the cast who appear to have any fun are the cavalcade of British character actors playing the seven dwarves. Had the movie focused on them, it might have even been enjoyable. Instead, each underused actor gets a scene or two to shine while playing characters that would be indistinguishable were it not for the recognizable faces. Their casting announcement must have been a rather sad day for all the little people actors desperately waiting for a Snow White movie to be made to give them a chance to shine. Unfortunately, all those folks get to do in the CGI era is play the characters in wide shots before special effects wizards superimpose the full-sized actors’ faces onto their bodies.

The whole endeavor is a big, loud, dumb mess. People who enjoy fantasy action movies will be irritated by the Snow White references, while fans of the fairy tale will wonder why so many action scenes and troll fights were jammed in. It has to be said that visually, the film is impressive. The technical craftsman managed to create a medieval fantasy world that feels dirty, lived in, and is at least aesthetically believable. Watched with the sound off, the flick might even be impressive. Unfortunately, despite all the pretty pictures that first time director Rupert Sanders and co. whipped up and all the famous faces they cast in iconic roles, the dull script never ceases to find new ways to bore and confuse the audience.

Somehow it feels longer and more difficult to sit through than a Lord Of The Rings movie despite being only 127 minutes long. Interestingly, the movie comes from Universal Pictures, who a few summers ago announced that they would no longer be taking risks on projects from interesting filmmakers during blockbuster season after a few high profile box office failures. So far their two big movies of summer 2012 are Battleship and Snow White And The Huntsman. Clearly the business-first production model has been put into action. Thankfully Battleship underperformed and hopefully Snow White will too, forcing the company to trust filmmakers with actual ideas again rather than repackaging existing pop culture properties. It’s hard to imagine the company producing two worse summer blockbusters, but if these paint-by-numbers projects are been successful, I’m sure they’ll find a way.

Clearly the business-first production model has been put into action. Thankfully Battleship underperformed and hopefully Snow White will too, forcing the company to trust filmmakers with actual ideas again rather than repackaging existing pop culture properties. Itâ€™s hard to imagine the company producing two worse summer blockbusters, but if these paint-by-numbers projects are been successful, Iâ€™m sure theyâ€™ll find a way. 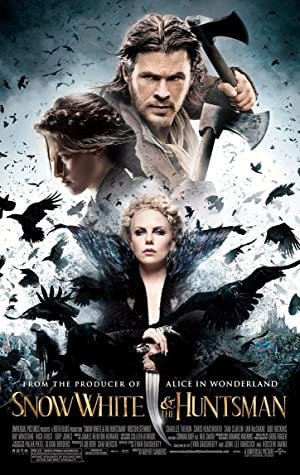