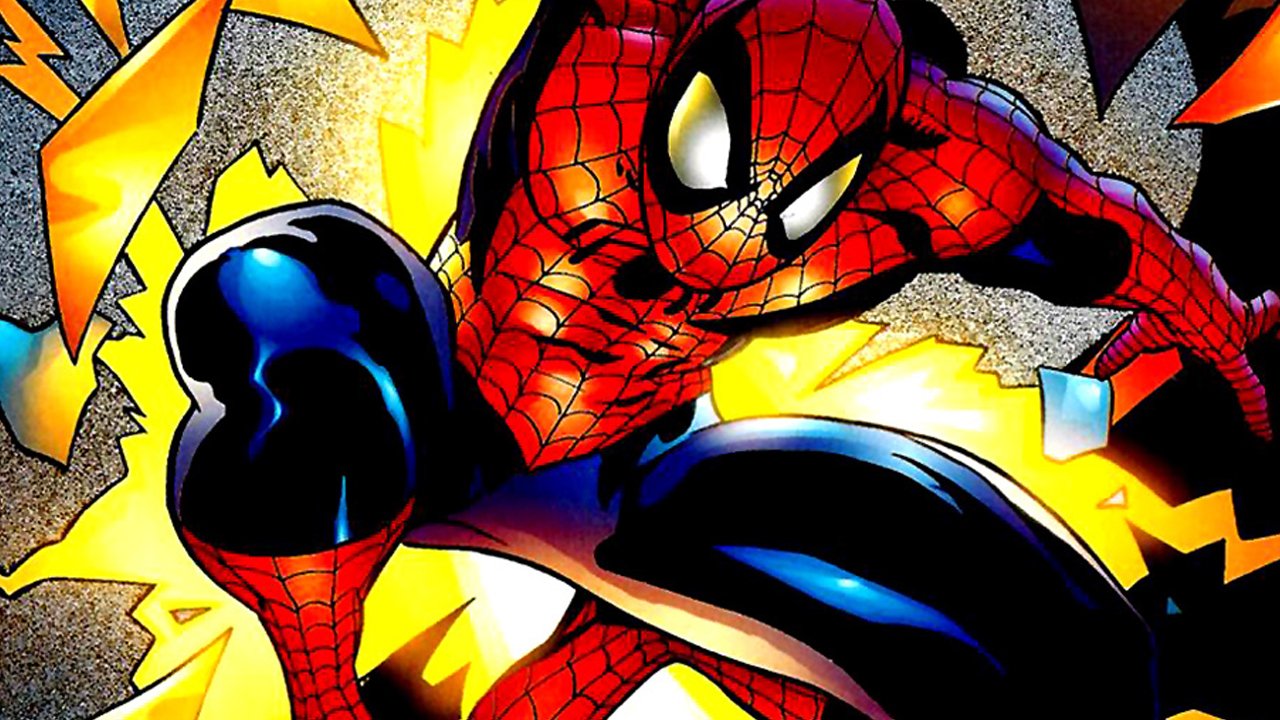 Six years before DC Comics released their successful Identity Crisis  mini-series, Marvel Comics did their own storyline called Identity Crisis, which ran through the four monthly Spider-Man titles.  The storyline came out of Spider-Hunt, in which a low-level criminal named Joey Z. was found dead, with all clues leading to Spider-Man as the murderer, because of a web-like substance found in the man`s lungs.  As a result, Norman Osborn put a huge bounty on Spider-Man’s head, which attracted numerous bounty hunters to New York City to try and cash in.  Incidentally, that storyline is set to be reprinted next month as Spider-Man: Spider-Hunt.  That storyline didn’t end with Spider-Man being cleared or exonerated, as instead it ended with Spider-Man still being public enemy number one.  The premise behind Identity Crisis is a fun and simple one: if Spider-Man can’t show his face in public, how else can Peter Parker honour his great responsibility?  By taking on four new identities, while simultaneously trying to figure out how to clear Spider-Man of the crimes for which he is accused.  This story came at an interesting point in Spider-Man’s history, as readership was down after the Clone Saga, which had recently concluded just over a year earlier.  I’ve always felt that the period immediately after the Clone Saga was actually quite a fun one, with some great talent on the books, telling fun stories that got back to the basics of who Spider-Man is.  The core premise of this storyline and Spider-Hunt before it was to go back to the days when Spider-Man was thought of as a public menace, with cops and civilians not knowing what to think about him, and alternatively loving and hating him.  At first blush, the storyline looks aesthetically similar to Reign of the Supermen, when various new heroes showed up on the scene saying they were Superman, but with this toryline all the new heroes actually were Spider-Man, but pretending that he was these other heroes instead.  It’s an inverted take on what Reign of the Supermen ended up doing.

The issues collected in this title are Amazing Spider-Man #434-435, Sensational Spider-Man #27-28, Spider-Man #91-92 and Spectacular Spider-Man #257-258.  This period in Spider-Man history is criminally underrated, with some great stories being told, and by some great creators.  Norman Osborn was back at large, operating as a businessman and having seemingly distanced himself publically from being the Green Goblin.  Sensational Spider-Man, by Todd DeZago and Mike Wieringo, focused on Peter Parker as the Hornet, a hero who flew thanks to a harness created by Hobie Brown, The Prowler.  He took on The Looter and The Vulture in his two appearances, although after his fight with the Vulture Norman Osborn managed to figure out that the Hornet was in fact his old enemy Spider-Man.  Over in Amazing Spider-Man, Tom DeFalco and Joe Bennett told the adventure of Ricochet, who wasn’t quite a hero and more of a mercenary, as he allied himself with Delilah to get closer to learning more about the deadly Black Tarantula, who had recently beaten Spider-Man badly during Spider-Hunt. Over in Peter Parker: Spider-Man, Howard Mackie and John Romita Jr. told the story of the shadowy Dusk, who was seemingly more involved with the criminal element, as he allied himself with the Trapster, who was being targeted for death.  It was in this book that Spider-Man got exonerated for the death of Joey Z., as it was The Trapster who was responsible for the murder while working for Norman Osborn, who was then trying to have him killed by hired assassins.  And in Spectacular Spider-Man Glenn Greenberg and Luke Ross tackled the adventures of Prodigy, a hero in the Superman mold, as he fought Jack O’Lantern and Conundrum.

Part of what makes this storyline so much fun is seeing Peter Parker try out these new identities, exploring different facets of his own personality.  Pieces of who Spider-Man is can be found in each of these four identities, blown up into becoming a primary character trait in each hero.  The artwork on all four books was fantastic, and well-suited to telling the stories that the title’s writers wanted to tell. Mike Wieringo brings a great deal of energy to his portrayal of Hornet, with Joe Bennett making the more action-oriented Ricochet pop on the page.  The best artwork in the collection is John Romita Jr.’s, as he absolutely nails Dusk.  Romita’s artwork in this period was quite dark and moody, with his characters not being as blocky as they had been in the early nineties.  The story of Dusk works as well as it does because of how dark and moody the artwork is, while still boasting strong storytelling skills throughout.  The adventures of Dusk and Trapster are far more enjoyable, both in the writing and the artwork, than they have any right to be, and that’s thanks to Mackie and Romita Jr., respectively.

Months after this storyline, the identities which Peter Parker used in this storyline would be used for a short-lived ongoing comic called Slingers, as the four identities were given to four youngsters who became fledgling heroes in their own right.  The series didn’t last past a year, but became a cult-favourite with a passionate fan-base, leading to future apperances by these characters in disparate places of the years.  Hornet was killed off-panel during Mark Millar/John Romita Jr.’s Wolverine: Enemy of the State storyline, Ricochet made appeareances in Runaways and Loners, Dusk showed up during the Ms. Marvel series, and Prodigy showed up in Civil War: Frontline, Avengers: Initiative and Fear Itself: Youth in Revolt.  As a fan of these identities and of the Slingers, I can only hope that the reprinting of this storyline is going to lead to a reprinting of the short-lived Slingers ongoing series.  If you enjoy this collection, you should also seek out next month’s Spider-Man: Spider-Hunt, as it tells the story which leads directly into this one.  Recommended!

If you enjoy this collection, you should also seek out next month’s Spider-Man: Spider-Hunt, as it tells the story which leads directly into this one.