Gears of The Mummy Raider and the Crystal Skull
SCORE: 7.5/10 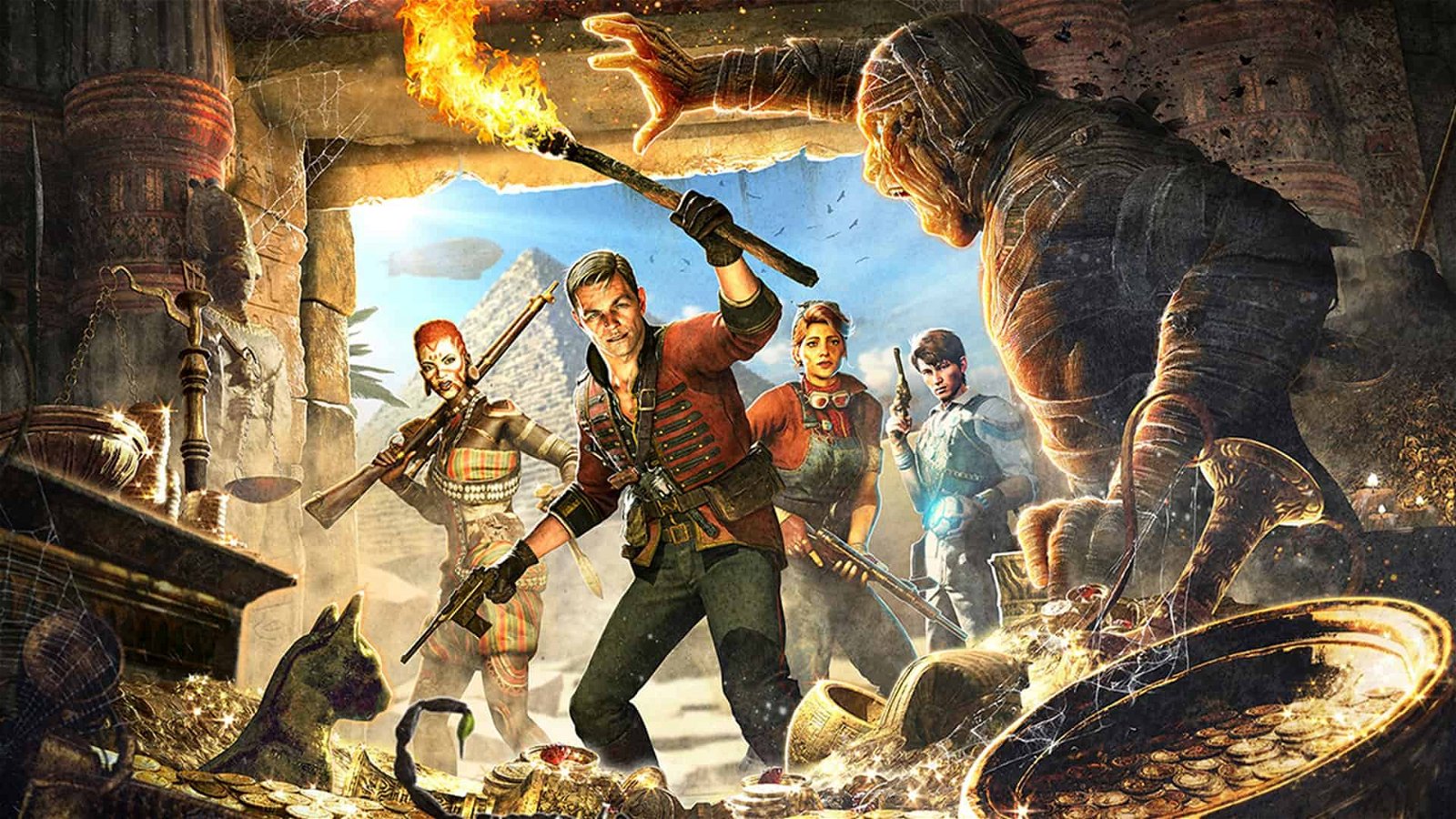 Strange Brigade reminds me of those budget third-person shooters from the last generation, such as Eat Lead: The Return of Matt Hazard for example, in that it isn’t a great game, has clunky shooting mechanics, and has many sections where the gameplay boils down to being trapped in a room with lots of enemies to kill before you can advance.

That said, Strange Brigade also has a ton of Indiana Jones-style puzzles to solve along the way, booby traps to avoid and/or use to kill swarms of zombies, mummies, skeletons, and giant scorpions, and a wonderful and hilarious narrator that sounds ripped from a 1930’s radio play.

At first glance, you, like me, may think that Strange Brigade is a Left 4 Dead clone. I mean there’s four characters working together to fight through tons of varying zombies, but the game actually plays a lot more like a Gears of War title than anything. There’s a third-person camera, melee attacks, curb stomping downed enemies, overpowered shotguns, and lots and lots of rolling to escape danger. Enemies are pretty meaty as well, requiring lots of shots to take down until better guns are unlocked and upgraded via gold and gems found in-game. This fact makes the first few levels a bit of a slog and almost put me off of the game, but I’m glad I persevered, if only for all the puzzles and hidden secrets to find.

If you’re like me, then you absolutely love exploring every nook and cranny in games in hopes of finding hidden rewards, easter eggs, and other surprises. This is where Strange Brigade shines, as pretty much everywhere you look there’s something to find. Every level has various collectibles to seek out such as six blue cat statues per stage that meow when close by that when collected open up a special door at the end of the stage. There’s also super hard to spot urns, and books to find that add a bit more lore to the game’s rather basic story about a group of four explorers finding treasure and fighting an ancient goddess. Lastly, there are six artifacts per level to find, which are mostly hidden behind puzzles or boobytrapped rooms.

The puzzles in Strange Brigade range from basic inputting of codes found nearby to the puzzle, which can sometimes be quite hidden just out of normal site and require some searching, to shooting hidden switches, to shooting explosive barrels to set vines on fire revealing hidden pathways. While none of the puzzles are what I’d call brain teasers, as typically the answer is simply written somewhere in the stage, I couldn’t help but still find them enjoyable and rewarding. Plus, the artifacts they typically hide can be used to purchase different medallions for each character has which use the souls of the dead to unleash powerful moves such as lightning strikes, firey ground pounds, or explosive shoulder charges.

Graphically Strange Brigade isn’t impressive, even at 1800p on the Xbox One. Levels, characters, and enemies are made up of mostly off-whites, browns, and greens. While these colours are realistic, it sometimes makes it difficult to see enemies and a lack of variety in visuals can make most of the levels blend together apart from a few that venture outside of the basic Egyptian setting. Animations are a bit janky as well, with the player characters run animations stiff and comical, but perhaps that was intended as the game is rather funny. My biggest gripe, however, is that the on-screen text is so small that it is practically illegible unless right next to the screen. Even worse, the subtitles in the game are practically microscopic by comparison, regulated to an extremely small font in the bottom middle of the screen.

Maybe I’ve been pampered by having so many games that are endlessly playable thanks to roguelikes and games as a service recently, but I couldn’t help but feel Strange Brigade is a bit light on content considering its near full price. There are nine total levels in the story mode that don’t have much in the way of replayability unless you’re trying to grab all the collectibles. There’s also a horde mode that can be played on four different unique levels, which feels reminiscent of Call of Duty’s popular zombie mode, though not as in-depth as you’re mostly just killing enemies and buying weapons instead of working towards the end of a level. Lastly, a score attack mode that throws a ton of enemies at you in largely enclosed areas for you to quickly mow down for multipliers.

Neither supplementary mode made me want to play it more than needed for this review and don’t seem to have any real reward for completing them, although the horde mode has some legs for those looking to get through every round and wave as it took me an hour and 50 minutes solo to complete 1 round of 15 waves, and each level has 5 total rounds and 75 waves. However, the developer promise more free content every month, and new characters and levels have been announced for the season pass, but I’m not chomping at the bit to spend nearly the asking price of the game itself for a handful of levels that look like more of the same.

Strange Brigade has a nice mix of third-person shooting, puzzles, and humor that ends too soon and costs too much. 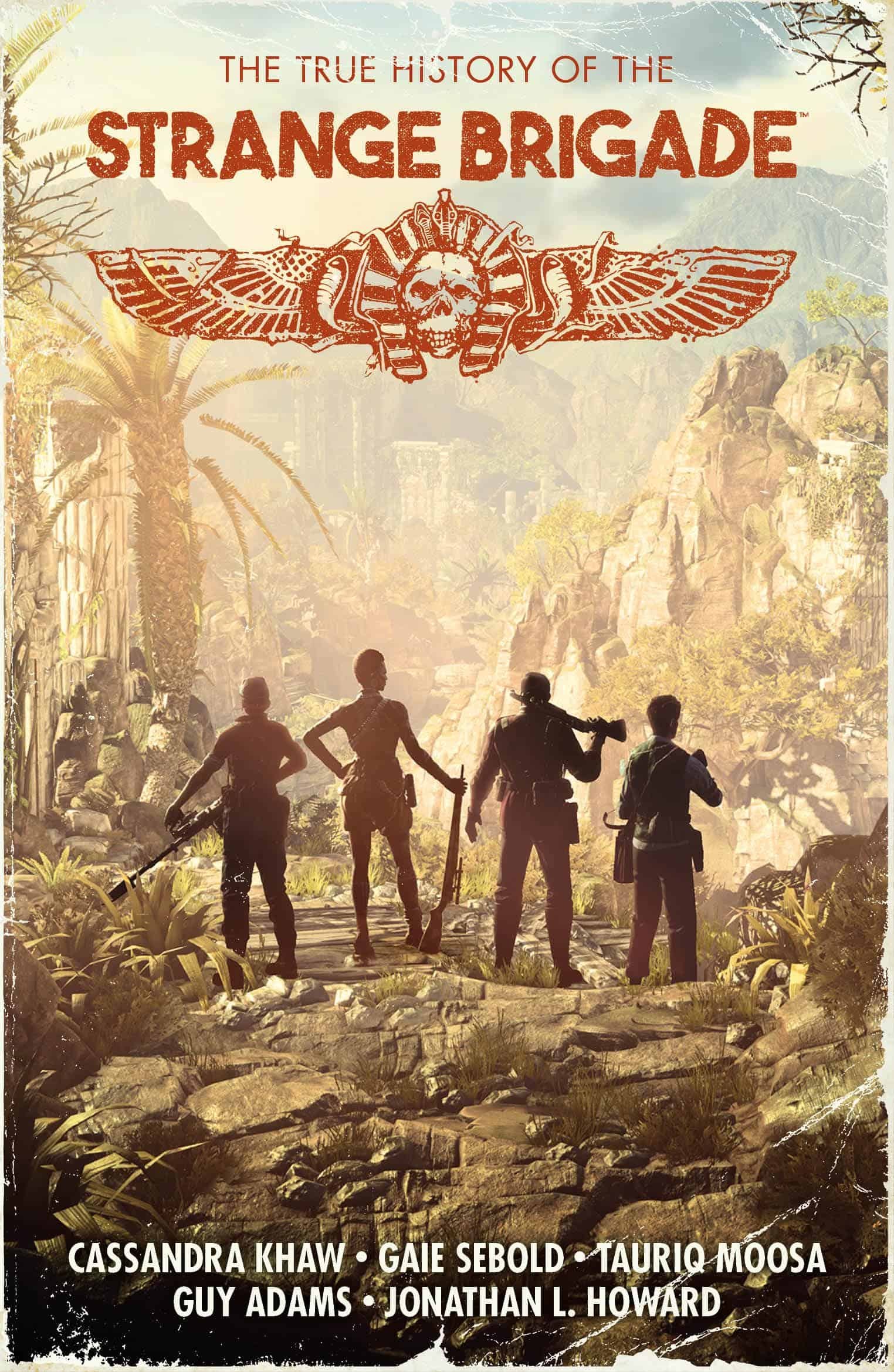