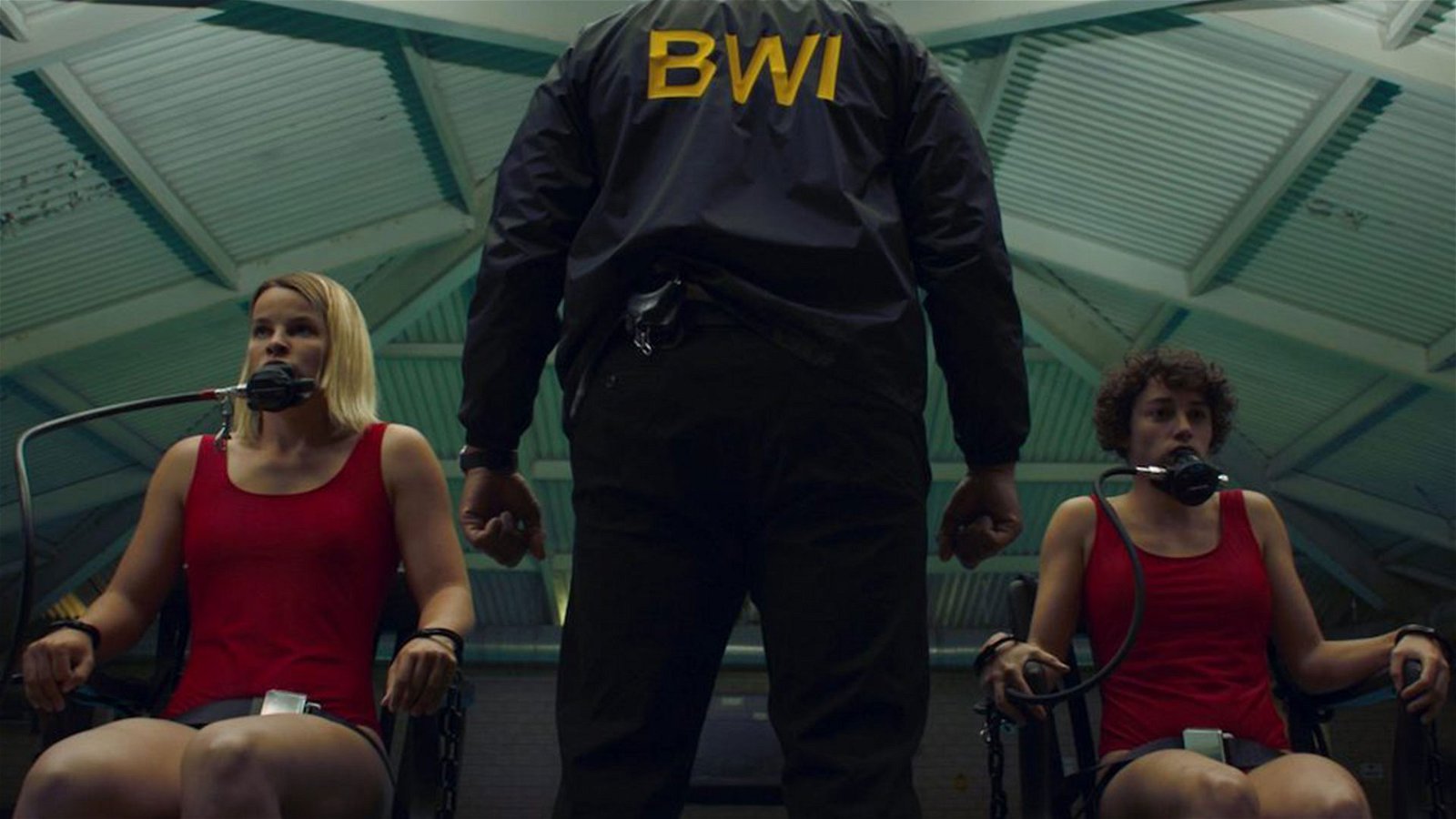 In a world where marginalized races are vilified, in a world where gender equality is ever fleeting, and a world where “witch hunt” is thrown around to describe casual backlash, Witch Hunt takes on a hypothetical modern-day slaughter. Writer and director, Elle Callahan, took a swing at slotting witches into the role of marginalized people, and, in doing so, created a cluster of confused metaphors that miss the target.

Claire (Gideon Adlon of The Craft Legacy) would be an otherwise typical high school girl if her friendships weren’t strained by having to tell lies. Her friends, like most of the country, hate witches, a subsect of women who are gathered up and killed by the government for the crime of witchcraft. This poses a problem for Claire’s normalcy because her mother (Elizabeth Mitchell) harbours witches, letting them hide in the walls of their Mexican border adjacent California farmhouse as part of an underground system that helps witches find asylum in Mexico.

After some hiccups in their otherwise smooth running smuggle, Claire is forced to spend more time sharing her home with a pair of young witches, and slowly learns of their humanity and of her own mother’s motivations.

From the outset, Witch Hunt presents a not-so-subtle comparison between the witch trials of the 17th Century and modern racism. Interestingly, the film starts by displaying definitions of ‘witch hunt,’ beginning with the literal one and then holding for a few seconds on the latter one; “a campaign directed against a person, or group, holding unorthodox or unpopular views, usually based on slight, doubtful, or irrelevant evidence.” In opening the film in this way, it is evident that Callahan wants audiences primed to consider the gravity of identity-based persecution alongside that of those with dissenting views. Though this is not a thematic frame that is inherently problematic, much of what follows is a narrative that feels too unaware of itself to be a wholly effective allegory for modern racism.

Witch Hunt is set in an alternate American reality—one where there’s a wall erected between the US and Mexico border and viral cell phone videos of witches being gunned down by officers are commonplace. The film is rife with additional metaphors, many of which lean heavily on holocaust history; witches hide within walls, homeowners are subject to random spot checks, and officers are duty bound to shoot witches on site or gather them to death camps. These on-the-nose references alone may be enough to unsettle certain viewers, but where Callahan’s story ultimately misfires is in its chief focus on white women with invisible identities as stand-ins for targets of racism.

Indeed, there’s a true discomfort in watching white women be subjected to torturous litmus tests meant to reveal their suspected witch status, including “sink tests” which have young women dunked in water while an officer awaits nearby with a shotgun for anyone who happens to float. Yet here, the discomfort isn’t only born in witnessing a dystopia in which intrusive government agents, holocaust-era practices, and cruel witch trial tactics are allowed to run rampant. Instead, it stems from Witch Hunt’s clunky use of race and discrimination metaphors that can’t seem to reconcile their own point. It’s shaky territory when racism is examined through a white lens, but by centering white women in an allegory about modern racism and “witch hunts,” Callahan has incidentally presented the experience of white women as comparable to those faced by other historically marginalized races. In an era where debates on the racially exclusive nature of white feminist ideals are commonplace, it’s difficult not to recognize the overt irony in such a proposed parallel, and perhaps more so given that it all seems so unintentional in its offense.

Case in point: there’s a telling moment in the film’s climax where a more protected witch stares down the barrel of an officer’s shotgun and recites the law aloud, which states that the punishable crime is witchcraft, not being a witch. The officer, who we have previously witnessed slaughtering witches just for being witches up to this point, hesitates and lowers his weapon. Independent of intention, this particular gesture resonates as a reminder of the many people of colour who have lost their lives in similar run-ins with law enforcement for decades. In witnessing a white woman use the law to justify why she should not be killed—and succeeding, no less—the scene lands like an unintentional parody of white privilege in action.

The feature wears its inspirations on its sleeve. It has the scent of Jojo Rabbit, painting a picture of the child of a “harbourer” learning to see the humanity in “witches” when, begrudgingly, sharing space. It has its take on Hans Landa (of Inglorious Basterds) via its very own eccentric hunter (Christian Camargo) that blasts past homage into a hammier take on an acclaimed hammy performance.

Still, for all her feature’s narrative short falls, Callahan is a skilled visual director. She manages to create enormity in her space, which lays a haunted blanket atop a sunny farmhouse. Though not on its face a traditional horror film, Witch Hunt features a number of well-crafted horror sequences and shots by way of nightmares and jump scares. Coming off of her first, well-received fright of a feature, Head Count, Callahan certainly flexes her ability to make large and familiar spaces seem terrifying in this follow-up.

Though more time is spent with the skilled Aldon, Abigail Cowen (who played a very different witch in Chilling Adventures of Sabrina) does heavy lifting as Fiona, playing a nuanced ‘fish out of water’ teenager that drips with both warmth and weirdness. It’s frustrating how hard her character has to work to get Claire to care, but their moments together feel genuine and it’s believable that Claire would be enthralled by her charm.

There is certainly merit in genre films that boldly aim to take on concepts such as discrimination, subordination, and violence against those we ‘other’ by using fantastical metaphors. However, the method by which Witch Hunt tries to bring such a story to the screen unfortunately feels flat. There’s a sense that the film wanted to take on—and, perhaps, satirize—our grim reality, but it backwardly serves to highlight just how limited the views of well-meaning progressives can be in execution. Witches are an excellent would-be stand-in for victims of racialized or gender motivated violence and oppression, but in bypassing racial, ethnic, and even gender-variant representation and diversity, Witch Hunt feels more like a caricature of social justice, a narrative misfire that unfortunately renders its commentary ineffective.

Calhan’s metaphor for modern racism trips and falls into a messy allegory that lacks self awareness. By whitewashing racism, With Hunt has, despite its good intentions, equated the experiences of white women with that of marginalized races in a way that lacks the nuance to make an effective comment. It is well shot, acted, and crafted but that’s not enough to save it from the fire. 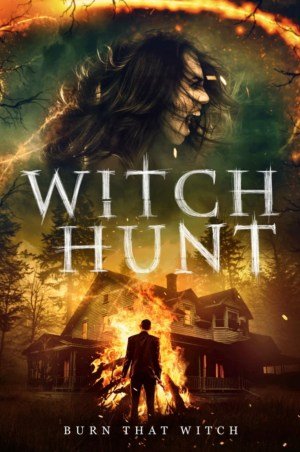