The Vale: Shadow of the Crown (Xbox One) Review

For adventurers who love diving into something new, The Vale: Shadow of the Crown brings an experience to behold.Throughout gaming’s short history, many studios have claimed to do this. Two major culprits of this phenomena are the Fable series, and Two Worlds. The bar was set so insanely high, the developers ran with it and decided fabricating some in-game elements was what’s best for business.  Enter developer Falling Squirrel’s debut title, The Vale: Shadow of the Crown, where promises are upheld.

The director insisted the game could be played completely without your eyes, so I grabbed a wide, tattered business tie and blindfolded myself to ensure not even light could get through to start. A very significant warning, this game NEEDS headphones that cover the ears, Dolby Atmos sound, or a system like that. I tried to use my TV speakers to see if headphones were recommended and, trust me, they are required to enjoy this game.

The player is immediately thrust into an area where you are greeted by the game’s blind heroine, Alex, second born to the throne of the land’s monarchy, as she runs afoul of ruffians while she’s with her uncle. “I like the shadows, you hear more honesty there,” Alex says, and it rings very true to the entire atmosphere of the game. Listening to arrows whistle through the air felt genuine, and the horse’s panic felt real.

“The voice acting in this game is possibly the best I have ever heard.”

After a short period, you are then cleverly transported to a tutorial segment. These flashbacks usually feature the uncle, who has a gravelly voice that makes you want to offer him a lozenge. The uniqueness of each character’s voice is crucial in determining who’s speaking. For the first tutorial segment, a boy, Rolf, rudely tricks the hero into falling down a flight of stairs during a game called “blind seeker.” This is where the future king and your brother, Theo, teach you how to navigate this unique world.

Upon finding Rolf, you’re taught how to strike in combat by repeatedly hitting him with your cane. This is done by pushing the right stick forward. The weight of the cane and its impact is felt very accurately by the sound details. This small part had a lot of character and served Rolf right.

The voice acting in this game is possibly the best I have ever heard. Alex constantly asks about the surrounding areas as she visits them, painting very vivid images in your head and adding depth to this fantastical world. Each town has a very similar design. You have an Inn that offers side-quests to make funds on your travels, a smith that allows you to buy new equipment, and other characters that can offer unique quests and interactions. Even though the towns are very similar, the different voices and characters help make them far more unique.

In the first town, the action-adventure RPG cliché of all time is present. Rat extermination is back and better than ever, by having to listen to the small creatures and bash them with the weight of a shovel. The impact of the shovel, the swinging of a sword, and the raising of a shield all felt very differently, and it is easy to imagine that it is exactly how it should feel.

During this small quest that should usually make the player groan, Alex tells a story to her companion, the Shepherd, about how her cook would ask the children to do this, beat rats to death with a shovel in the basement. She sounds extremely proud of herself while singing a merry tune and bashing rats in a cellar with a shovel. This not only added to the overall charm to the game but proved it has more than just a bag of gimmicks with its combat system.

“The Vale: Shadow of the Crown is a breath of fresh air…”

The combat system is simple to start, but difficult to master, especially in areas where there is more than one opponent. As a player, you face forward and cannot move during combat. There are three ways to swing your weapon or point your shield. This system feels fantastic and rewarding when you operate it correctly.

It is remarkable how it really feels like you’re right there absorbing blows with the shield waiting to counterattack. As you take undefended blows, your controller vibrates like a heartbeat in warning. This is another stellar mechanic as it drives a state of urgency on the player as its functioning health bar.

The director, Dave Evans, promised a punishing hard difficulty, and he was not putting that lightly. On the hard difficulty—I changed it to normal after learning about ‘combo attacks’—I was shown what unforgiving meant. A mistake or two will have you start the entire combat segment over. Hard difficulty indeed.

There are very few games that can offer something to everyone, and this is one of them. The Vale: Shadow of the Crown will bring any fan of gaming along for the ride. The amazing soundtrack and sound effects allow full immersion to take place in the game’s charming setting, while never missing a beat with incredible writing. The small choices a player can make, such as helping this girl or running away, have ramifications on the story and rewards you can benefit from.

This game also comes fully equipped with a sense of humour, as the jokes that it makes are funny, witty, and just really good fun. Most importantly, in a game played blindfolded, the menus are easy to navigate, and the voice of the menu is soft and welcoming. A voice that is heard in explanation over and over can’t overstay its welcome, and this one amazingly doesn’t.

The Vale: Shadow of the Crown is a breath of fresh air, while many games focus on better graphics and tighter design choices, this game focuses on what is always the most important element to any title, the gameplay. In a game I would truly recommend to anyone, you can get lost in the rich narrative while also having a few genuine laughs, in this interactive podcast that feels like a complete adventure.

A unique design concept and a grand adventure await those who venture into The Vale: Shadow of the Crown with some of the finest use of voice acting to date, but those without adequate audio resources might have an incomplete experience.

File Under: Game Review, Xbox One 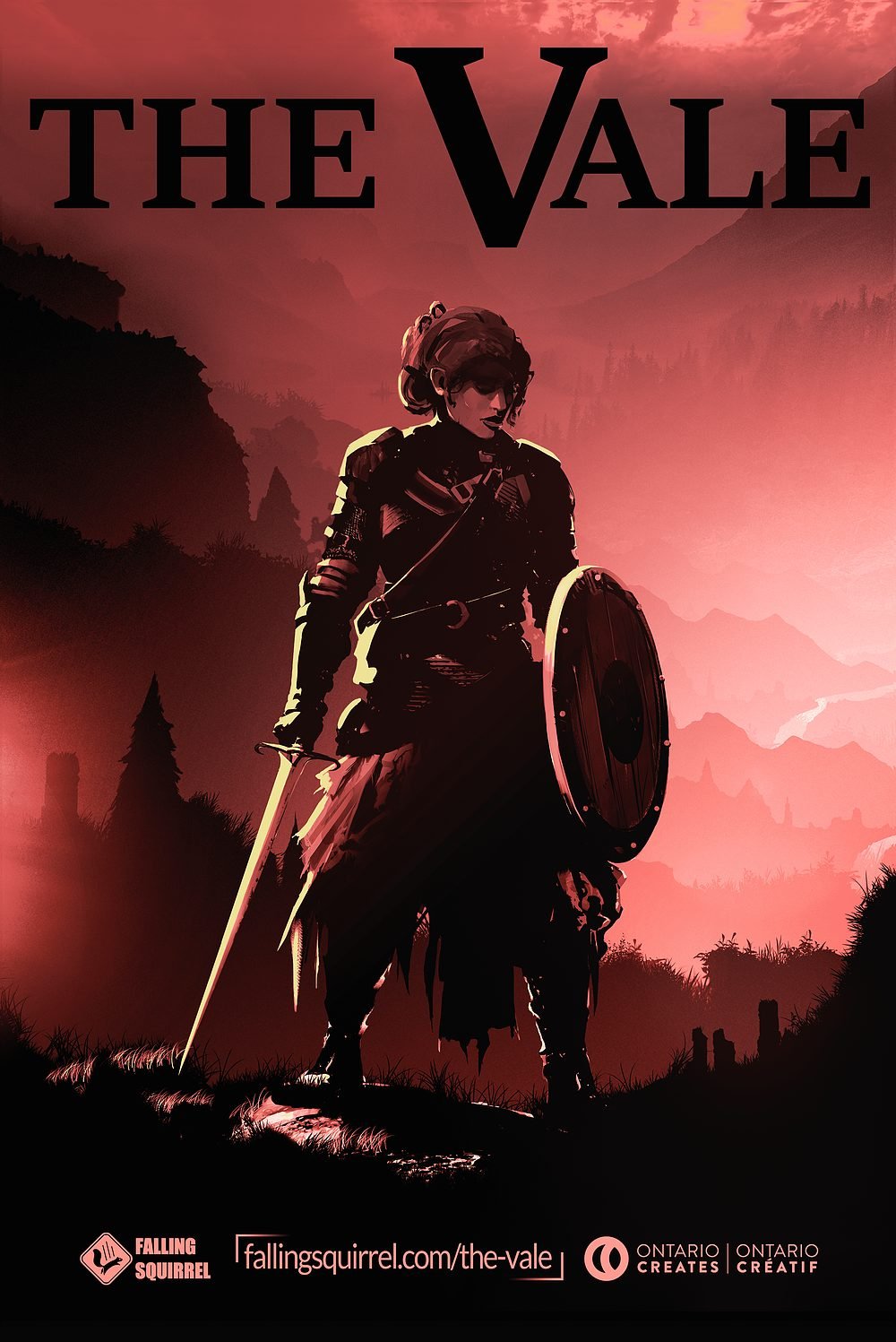