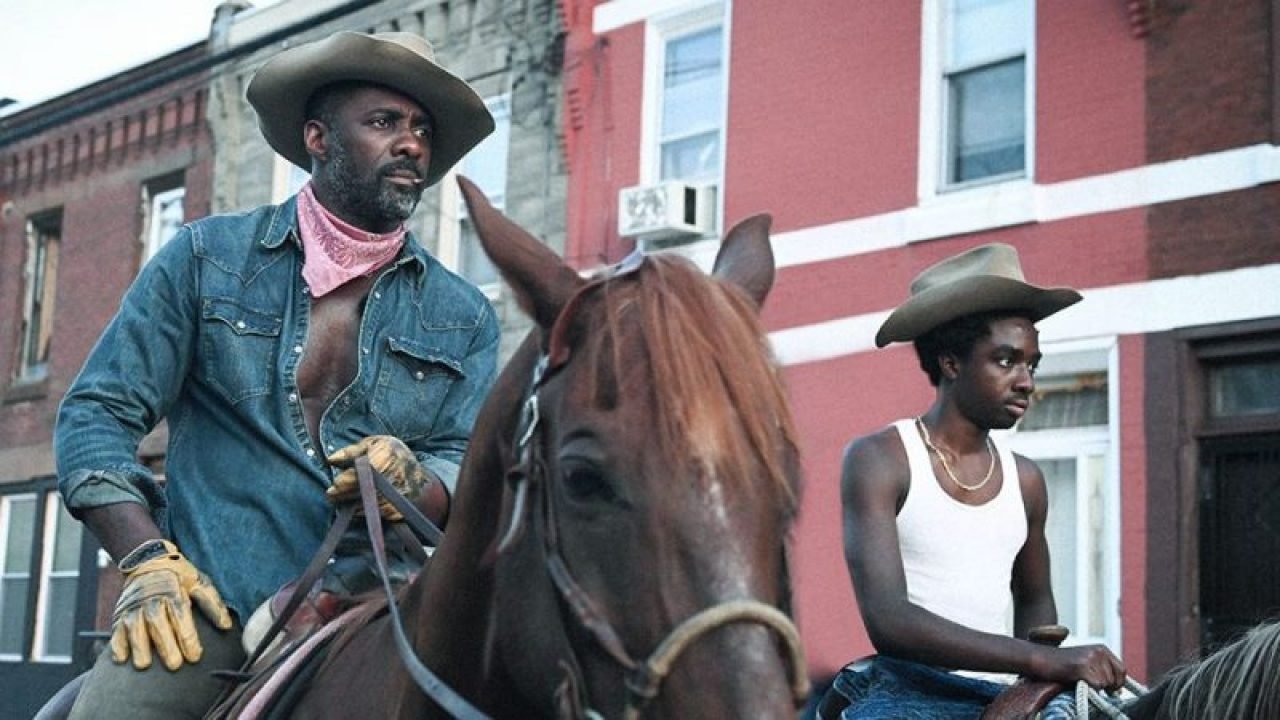 Concrete Cowboy is the story of Cole (Caleb McLaughlin), a troubled teenager from Detroit.

After getting expelled from another school for getting into another fight, his mother packs his bags and sends all the way to north Philadelphia in order for him to live with his estranged father Hark (Idris Elba). Hark is the leader of a group of urban cowboys and a man who spends more time tending to his horses and drinking with his posse than bonding with his son. He even makes Cole sleep in the living room, right beside a horse. Cole slowly starts acclimating to his father’s lifestyle, even forging a bond with a particularly aggressive horse. However, he also meets back with his old family friend Smush (Jharrel Jerome), now a drug dealer who places Cole in a dangerous conflict between his old ways and his new life.

There are amazing performances across the board in Concrete Cowboy. Both Caleb McLaughlin and Idris Elba work very well together. It’s clear that Cole and Hark have a complicated, terse relationship and the two convey their bond in a way that feels more grounded than most.  The supporting cast delivers just as well. Jharrel Jerome, fresh off his Emmy win for When They See Us, brings an immediate layer of charm to a standard character like Smush. Method Man is also notably solid, albeit underused as the town’s sheriff.

The true beating heart of the film resides with its reverence to Black cowboys and culture. The history of Black cowboys is one that’s been very much ignored and downright erased from history, despite (according to the Smithsonian) approximately 1 in 4 cowboys being black in the 1800s. Most of Hark’s crew are played by real-life urban cowboys themselves, and the film’s most interesting segments are when the film stops to hear their stories and perspectives in a way that was natural. There was always a hint of disappointment whenever the plot had to move forward because these stories were just so fascinating.

On the negative side though, the film does run a bit long, and a few subplots feel a bit underdeveloped. There’s also a section about the cowboys’ stable being potentially shut down that would seem like it would be developed further throughout the film, but it’s more-or-less ignored until very late in the third act. The same goes for the subplot with Smush. Despite Jerome’s performance, the film hits all the same tired beats concerning his arc to the point where you know exactly how everything will play out before it even begins. It almost feels like the film’s constrained by having to tell the standard coming-of-age story instead of being a full-fledged modernized western it really wants to be.

Despite those faults, Concrete Cowboy is still an impressive debut from director Ricky Staubs. Despite the cliché story beats, it’s a well-acted drama that works as an introduction to a subculture that hasn’t really been explored cinematically before.

With solid performances across the whole cast, Concrete Cowboy is a grounded, authentic tribute to a subculture wrongfully ignored by history. 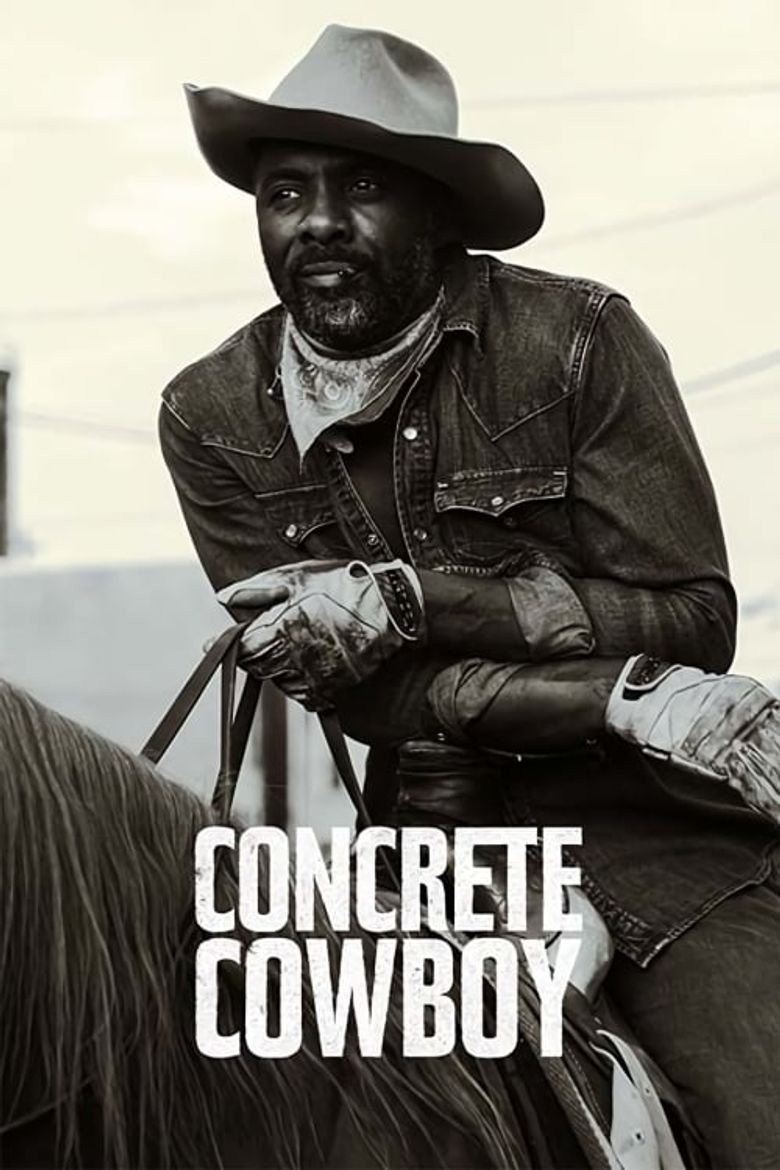