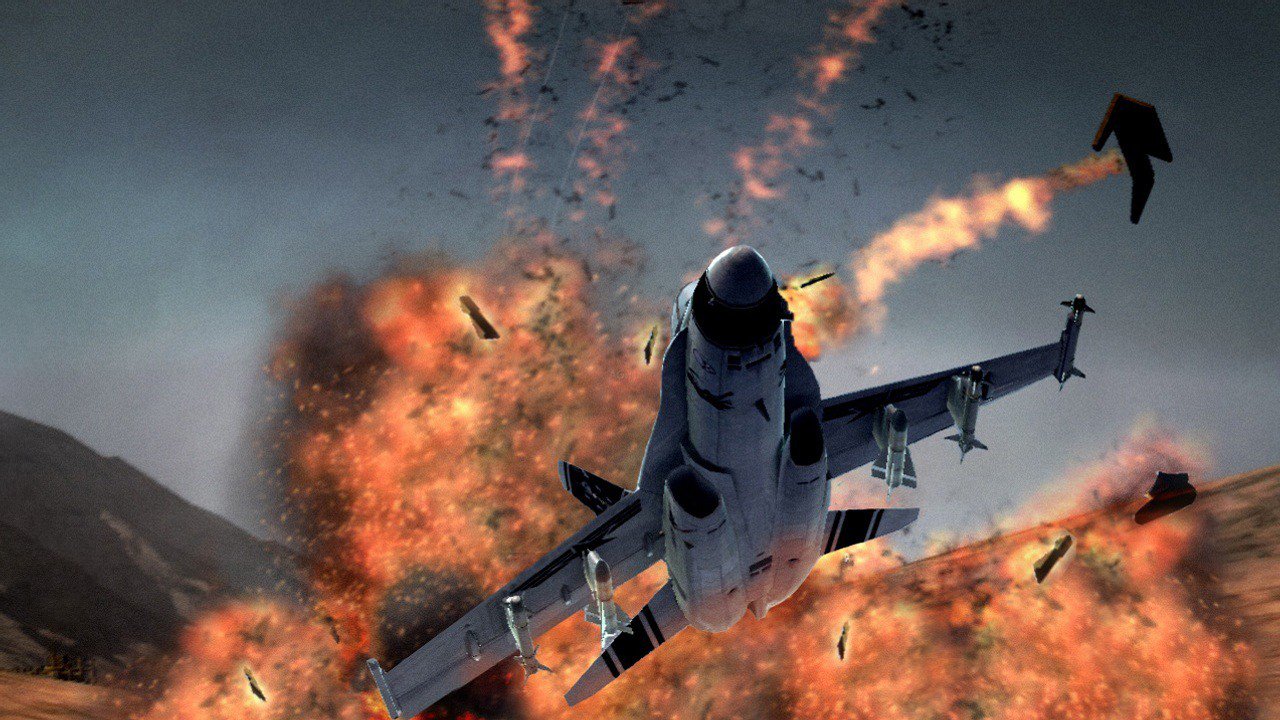 Strap yourself in and feel the need, the need for speed in Top Gun: Hard Lock, a new game based on the hit 1986 film from Paramount Pictures. In this aerial combat action game from developer Headstrong games, you will face wave after wave of Russian MiG fighters as you turn and burn through 15 missions or take the dogfight online with up to 15 other players. Featuring fully licensed aircraft from the likes of Boeing and Lockheed Martin and an all new “Danger Zone” mode this surprisingly fun game may just be the sleeper hit of the spring gaming season.

Fly into the Danger Zone
I will admit that when I first heard about Top Gun: Hard Lock I thought it was a downloadable title available through XBLA or PSN. I was surprised when a copy came across my desk that it was a full disc based game. I popped it into my disc tray with low expectations and nothing but nostalgic love for the original 1986 film. Instantly, I was surprised to learn that not only had the developers at Headstrong Games secured licenses for all the aircraft and the film but they had also created an amazingly fun flight action game. Set several years after the events of the Top Gun (the film) I took control of a new pilot who plays by his own set of rules just like Maverick (Tom Cruise) did in the film. I’m sure that during development there were several viewings of Top Gun because this is a game that has been crafted with an enormous amount of love for the source material. It’s a love that I share to this day.

Do a Barrel Roll
The gameplay found in Top Gun: Hard Lock isn’t unique, borrowing elements from the Ace Combat series and a few things from Tom Clancy’s HAWX but they are executed quite well. This being as far from a simulation as Modern Warfare is from a realistic depiction of war I still had a blast flying around and dodging missiles at Mach 2. Top Gun: Hard Lock gets rid of all the troublesome things like takeoffs and landings, leaving you with all the good stuff like pulling breathtaking maneuvers and chasing down MiGs. Now, don’t get me wrong, you can still crash into the ground, building or some of the other obstacles but it’s not easy, especially when the game’s namesake is engaged. Hard Lock mode kicks in once you are on an enemy’s six; it’s like a chase mode and the plane will essentially fly itself while you try and lock onto the target, similar to the Close Range Assault mode of Ace Combat: Assault Horizon. You can also complete various maneuvers to get out of an enemy’s lock if they happen to be behind you. Most maneuvers are accomplished by completing quick time events or QTEs. If you react faster than your opponent than your targeting reticle grows larger making it easier to lock on to your target and let the missiles fly. The QTEs are really well done, each maneuver was visually pleasing and made me feel like I was an ace pilot taking on the best of the best.

We need air support!
I was impressed with how varied the missions were. Sure, I spent a good amount of time dog fighting against enemy pilots but there were also several missions that had me providing air support for ground troops or escorting bombers as they laid waste to an enemy compound. The main story was broken up by some flashback missions that had me back at the Top Gun flight school trying to prove myself among my peers. I also enjoyed the radio banter between me and my fellow pilots. It provided a little insight into the characters whom actually developed over the course of the game. At one point I even got to face down Maverick and Iceman in a dogfight which is a fantasy I’ve been wanting to live out for some time now. Just for the record: I won.

Take My Breath Away
I had a blast with this game and I will admit that some of it may have been due to my love for the source material. That’s not to say that the game is without its flaws. I would have loved to have seen a cut scene at some point but the game is completely devoid of them. As I mentioned before, the radio banter of my squad mates provided enough story. I also would have like to have seen some more variety in the landscapes. Yes, there are different environments but they were seriously lacking in detail. I got the general feel of what I was supposed to be looking at but at this point in gaming can you blame a guy for wanting to see every blade of grass as I zoom by at supersonic speeds? Well actually maybe there was some detail, but I was too busy trying to get a bandit off my tail to notice. Overall the game is fun, fast and has some great call backs to the source material and I think that anyone who is looking for a different flight action experience will enjoy it.

The gameplay found in Top Gun: Hard Lock isn't unique, borrowing elements from the Ace Combat series and a few things from Tom Clancy's HAWX but they are executed quite well. 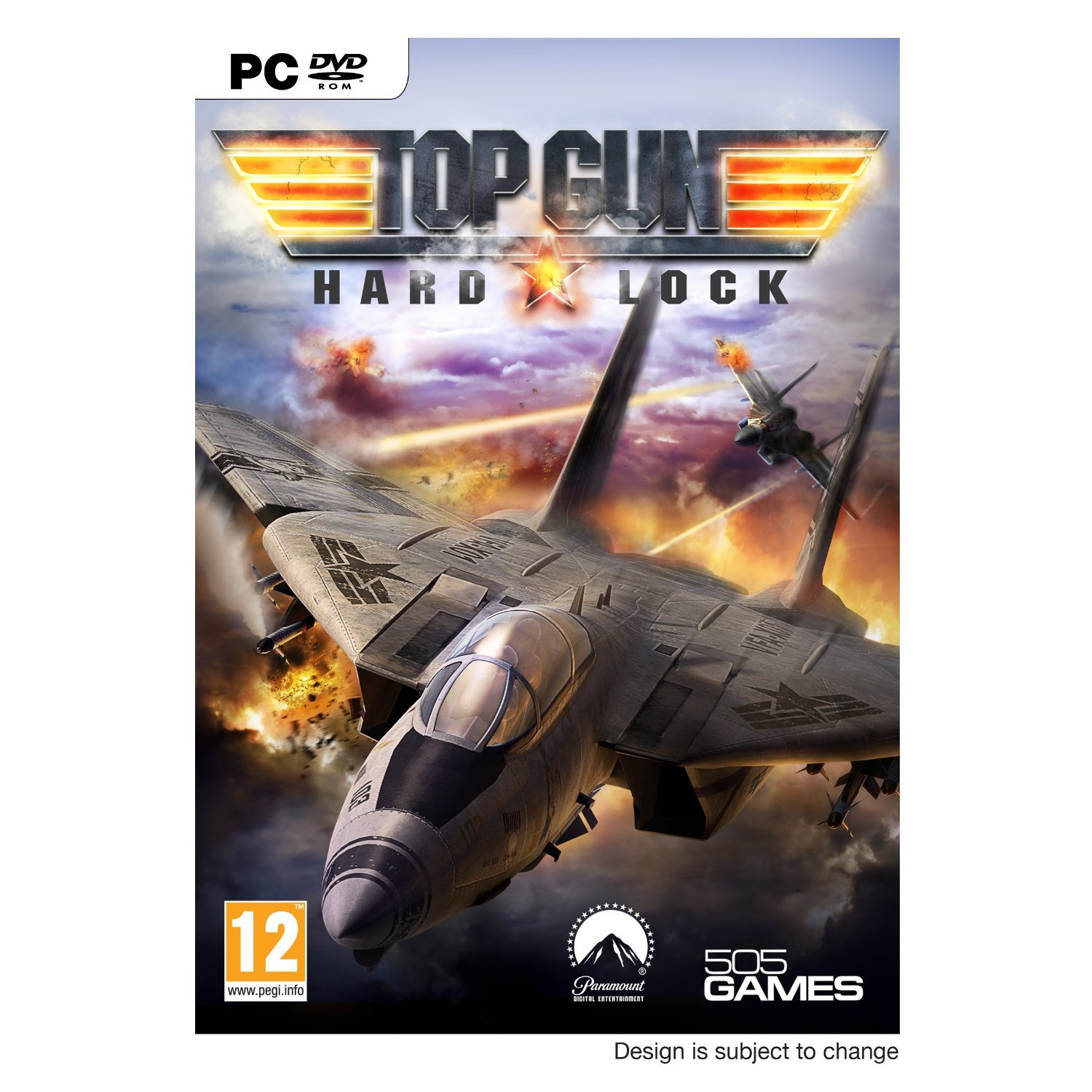