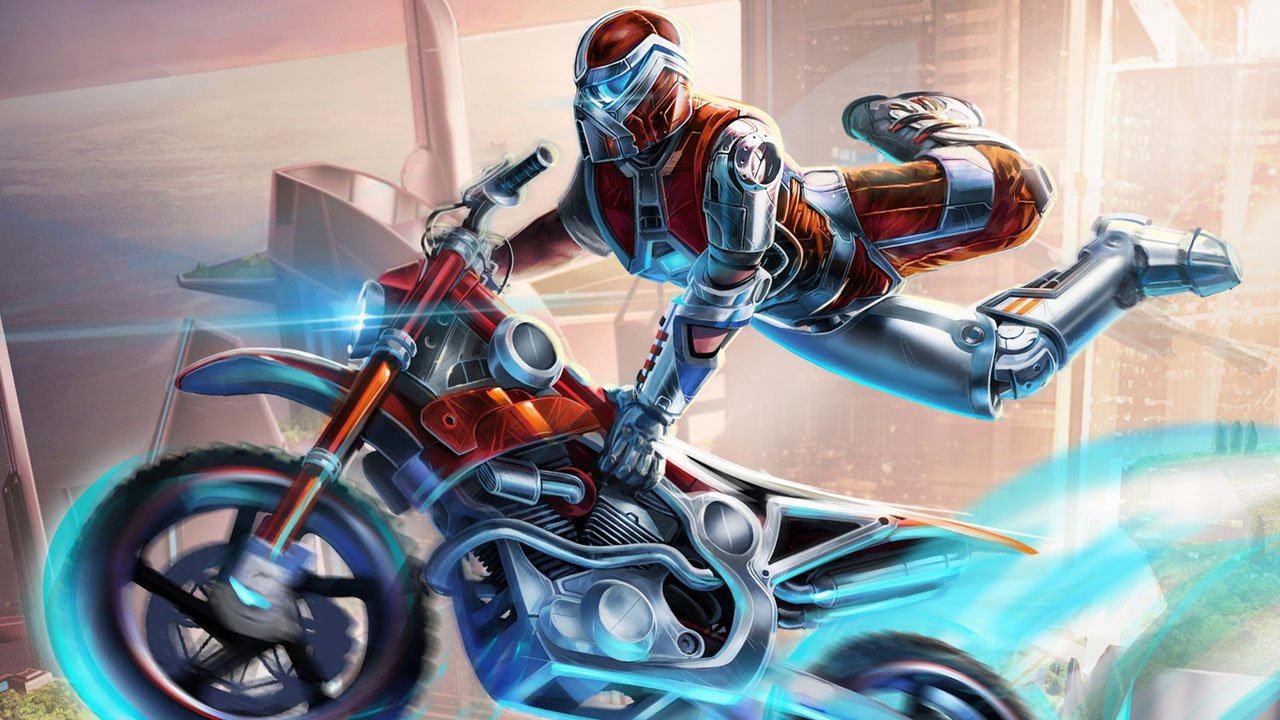 As we march further into the newest generation of consoles, we continue to see a migration of franchises from old hardware to new. This isn’t just reserved for the big, AAA disc releases either; even smaller studios and titles are making the jump. One of these, from Finland, is RedLynx with their now 14 year old Trials franchise. It’s now on current gen consoles, and it’s about what you’d expect from this silly—and infuriating—series.

Welcome To The Future

Normally the Trials series is about nothing more than a man, his motorcycle and navigating increasingly treacherous courses. This time, the setting is a seemingly idyllic future where the rider is accompanied by the chatter of two artificial intelligences that hint at an actual plot going on while jumps and stunts are executed. That’s irrelevant to the actual game—which is still about jumps and stunts—but it shows the satirical streak of RedLynx as much as the finish of every race does, which usually involves your rider suffering some horrible injury at the conclusion of the race.

Still, the important thing here is the game, and this is the same old arcade-y experience that people have been enjoying since 2000. It’s now in shiny 1080p, at 60 frames per second, with a little bit of texture pop up here and there, but otherwise, the performance of the game is solid and responsive. It’s not going to blow away Infamous in terms of art direction, but it doesn’t need to. Sound is also nothing to write home about, with functional but unimpressive directional audio, but it competently gets across the rev of the engine and the crunch of body parts during the many, many horrendous crashes that play out over the course of the game.

If you’ve never played a Trials game before, the premise is incredibly simple and hasn’t changed since the humble days of being a Java title played on the web. Despite the shiny, 3D polygonal graphics, this is a game played on a 2D plane. Players ride a motorcycle from left to right, using only the trigger buttons as brakes and accelerators, while the left stick controls the leaning of the rider, and the right analog stick is strictly for aerial stunts, a newer addition to the series. This is the definition of an easy-to-learn-but-difficult-to-master game. Courses are short and simple in the beginning, easing the player into the wonky—but consistent—physics. As the player graduates to new areas, the difficulty ratchets up considerably, and what started as a goofy jaunt that only took a few retries to complete becomes an exercise in diabolical, sadistic course design that calls for every trick in the Trials book just to get through with even a bronze medal. Trials starts out simple and goofy but despite retaining the goofiness, eventually becomes a very hardcore game for those that would brave the last few levels. At the time of this writing, there’s only local, competitive multiplayer for four, though apparently online multiplayer is in the cards for the future. There are leaderboards present as well, but only the truly bold and skilled should venture into climbing the ranks. Prepare for a serious ego deflation when you find out just how far below the top Trials players you rank with your new personal best time.

At $20 for the base game, Trials: Fusion is a fun, arcade-y experience. It’s easy to play, but demands real skill at higher levels, however, it never demands you put in dozens of hours like an RPG would. For fans of the series, here’s your current gen iteration. For everyone else, if you’re looking for sadistic version of Excitebike on your new hardware, this is your game.

At $20 for the base game, Trials: Fusion is a fun, arcade-y experience. It’s easy to play, but demands real skill at higher levels, however, it never demands you put in dozens of hours like an RPG would. 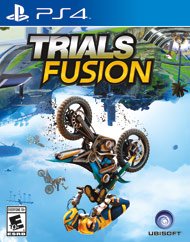