Agents of S.H.I.E.L.D. has done the impossible. It went from one of the most throwaway action dramas in recent history with season one to one of the most memorable. Over the course of five long years, the series has re-invented itself, and slowly forged a capable band of misfits that are worth watching week after week.

It was somewhere around season three that I started truly enjoying the show, and by the time the artificial intelligence-driven LMD arc hit in 2017, I was hooked. Agents of S.H.I.E.L.D. has the power to do what basically no Marvel film (with few exceptions) has done to date: make us laugh and cry in the same short span. Clark Gregg, S.H.I.E.L.D. star Agent Coulson always said that people should give the show time to grow, and while I’d argue four years is far too long of a wait, it’s worth investing in at this point. Season five mostly carries that legacy upon its back with a few missteps.

While I’ve grown fond of S.H.I.E.L.D.  it’s very easy to poke Swiss cheese-sized holes into it. The writers still don’t seem to know how to handle Yo-Yo, the Inhuman that can run so fast that it seemingly stops time, only to return to her original location. They created a figurative monster, one that could basically end every conflict before it starts, and they’ve had to come up with weird ways to curb her power, some of which are incredibly hokey. They’re also constantly wandering aimlessly with her character arc, putting much of the burden of her budding personality onto her partner, Mack — one of the brightest parts of the show.

The lack of John Hannah and Mallory Jansen, two of the strongest parts of last season, is felt, but others, whether it’s newcomers or old friends like Adrian Pasdar, have stepped up. Really though, the trophies should go to the principal cast, who are stuck together like a family for this long despite being on the bubble every year. Ming-Na Wen is one of the most underrated action performers on TV right now, and Chloe Bennet managed to transform Skye into the formidable Daisy mostly on her own, evolving and learning alongside of the show with charisma and relatable flaws to boot.

I miss the smaller focused arcs of the past few seasons, but this year S.H.I.E.L.D.  has mostly settled on two acts: the future, and a lead into Infinity War. The former was a very bold and tricky maneuver, and I think they pulled it off. For a while, there S.H.I.E.L.D.  pivoted into a bleak sci-fi operation, more so than it ever has been in the past, with some of its darkest sections to date.

The thing about the future portion of this season is that you never really know what’s going to happen. Coupled with an ominous theme bad things were always piling onto the crew, to the point where you really felt that they had no chance of making it out alive. By the end of it, when most of them do, it feels like their actions still have weight to them, something that was wonderfully communicated in the previous season. It’s not so much cheesy callbacks as it is genuine character development, as the team works to make this pseudo-MCU world one worth exploring. It’s also nice to see Marvel throw S.H.I.E.L.D. a bone, giving them at least one worthy villain and the entire Kree race to work with.

Its second act isn’t nearly as strong, sometimes focusing far too much on Hydra (a concept that’s been touched on nearly every season now to mixed success), it eventually culminates in a worthwhile showdown with one of the most formidable foes yet with actual consequences. Is S.H.I.E.L.D., or the Marvel universe completely done with Hydra? Probably not, but for now it seems like new problems are on the horizon.

Ultimately, season five of Agents of S.H.I.E.L.D.  ends with at least one twist and several turns. It’s beautifully filmed as a series finale just in case they didn’t get that one last renewal (which they recently did), and despite the truncated action scenes that still show how little of a priority S.H.I.E.L.D. is for ABC, it more than gets the job done for a network TV show.

It's a shame that Agents of S.H.I.E.L.D. started off so rocky, but it eventually turned into something special and will get at least one more season. 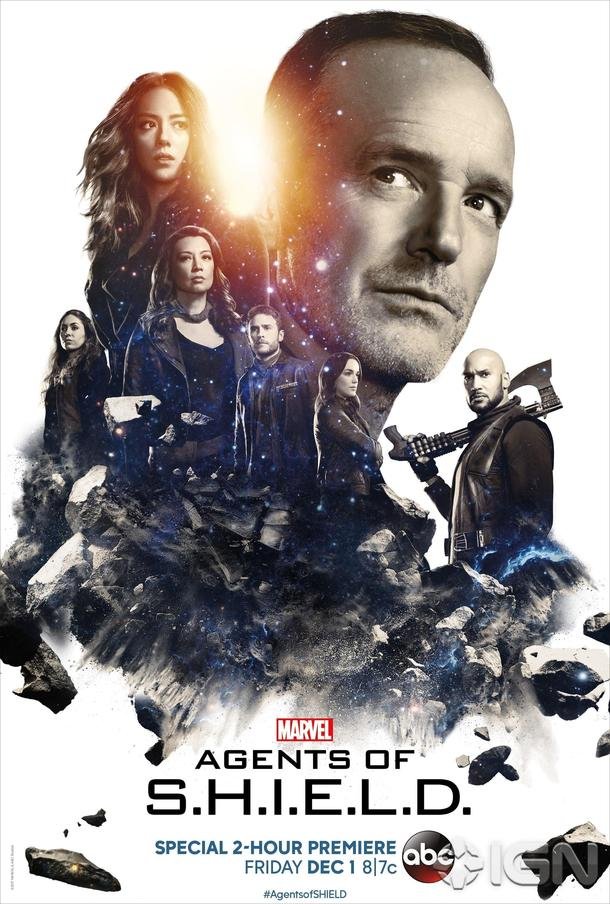