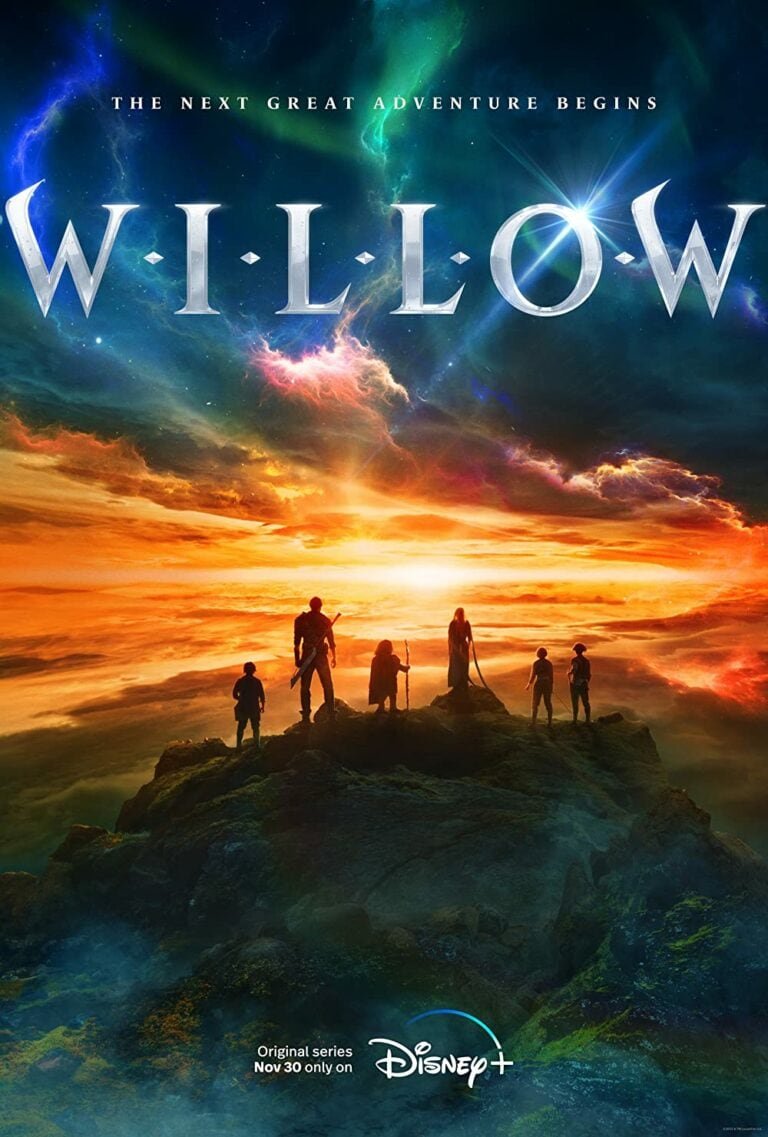 In the year 1988, Lucasfilm and Director Ron Howard released a fun fantasy called Willow. It starred a young Val Kilmer and featured an even younger Warwick Davis, who made his name playing the Ewok Wicket for George Lucas in Return of the Jedi. While the film was only a moderate success and did take its share of criticism, it always held a special place in the hearts of its fans. So I suppose, depending on who you ask, one might ask what took so long to revisit this story and others may ask why bother getting back into it at all after 34 years?

Watch the first three episodes, and you’ll have your answer.

Willow, which drops today on Disney+, is a sequel to the original film, rather than a remake. Without giving away too much of the plot, a group of unlikely heroes (let’s call it a fellowship) embarks on a quest to save a member of the Royal Family, battling demons and learning a lot about their own stories along the way.

The series features the return of Joanne Whalley as Sorsha and Warwick Davis as Willow himself. As the screeners only included the first three episodes, I cannot confirm if anyone else reprises their roles in the movie. There are, however, a lot of references to plot points and characters from the ‘88 version. With that in mind, it is worthwhile to watch the original to bone up on the story and the lore.

Jonathan Kasdan (Solo: A Star Wars Story) is the creator and showrunner of the sequel series with Ron Howard and original screenwriter Bob Dolman acting as producers. The eight-episode series is split up by 4 Directors, Stephen Woolfenden (Outlander), Phillipa Lowthorpe (The Crown), Debs Paterson (The Skywalker Legacy) and Jamie Childs (His Dark Materials).

“Willow, which drops today on Disney+, is a sequel to the original film, rather than a remake.”

As expected, the series starts with a brief recap to catch up the people who didn’t take the time to go back and watch the movie. Long story short, a young magician comes across a baby (Sorsha) marked with a rune prophesied to be the one who would bring the downfall of the evil Queen Bavmorda and sets off on a journey to protect the baby from the Queen.

While making a direct aesthetic comparison between a 1988 movie and a well-budgeted Disney+ series in 2022 isn’t a fair comparison, let’s do it anyway. The look of Willow is spectacular. The cinematography is beautiful, and the production design is top-notch. Character design was also amazing. The baddies that you find throughout the series are so beautifully elevated for the series. The look of the characters sit somewhere in a beautiful place between The Lord of the Rings and Guillermo del Toro in that they fit just as well in a fantasy story as they do in your nightmares.

“The look of Willow is spectacular. The cinematography is beautiful, and the production design is top-notch.”

Seeing a maskless, makeup-free Warwick Davis on screen was also a nice treat. While we’ve seen plenty of his face in other roles, his roles in movies like the Harry Potter series (two roles there) and Leprechaun, which hide his visage completely, are often top of mind. He is looking great at the age of 52, and he slides right back into the role of Willow effortlessly.

One thing that I didn’t care for was the inconsistent dialogue in the series. While there is plenty of what one would consider “fantasy speak” (essentially Old English with sufficient made up animals), the youngest members of the cast often speak like they are in a modern day high school. While it was never so bad to take me out of the world that they’ve created, there is a real disconnect between that casual teen talk and brandishing swords and armour.

All things considered, the good far outweighs any of the minor issues with this show. It’s a new story with great characters performed well by the cast. It’s also a worthy entry-level fantasy story for people who are not particularly familiar with the genre. It contains all the magic and monsters of a typical fantasy without too much of the language that sometimes makes films and TV shows in the genre a little hard to swallow.

Willow recreates the fun of its 80’s original with a cleaned up look and plenty of nostalgia without alienating newcomers to the franchise. Jonathan Kasdan and company have recreated the world beautifully and made it accessible to a new generation, who may have missed out on this old gem.
REVIEW SCORE
8.5
File Under: Disney+