The Falcon and the Winter Soldier Review

Was he wearing a parachute? 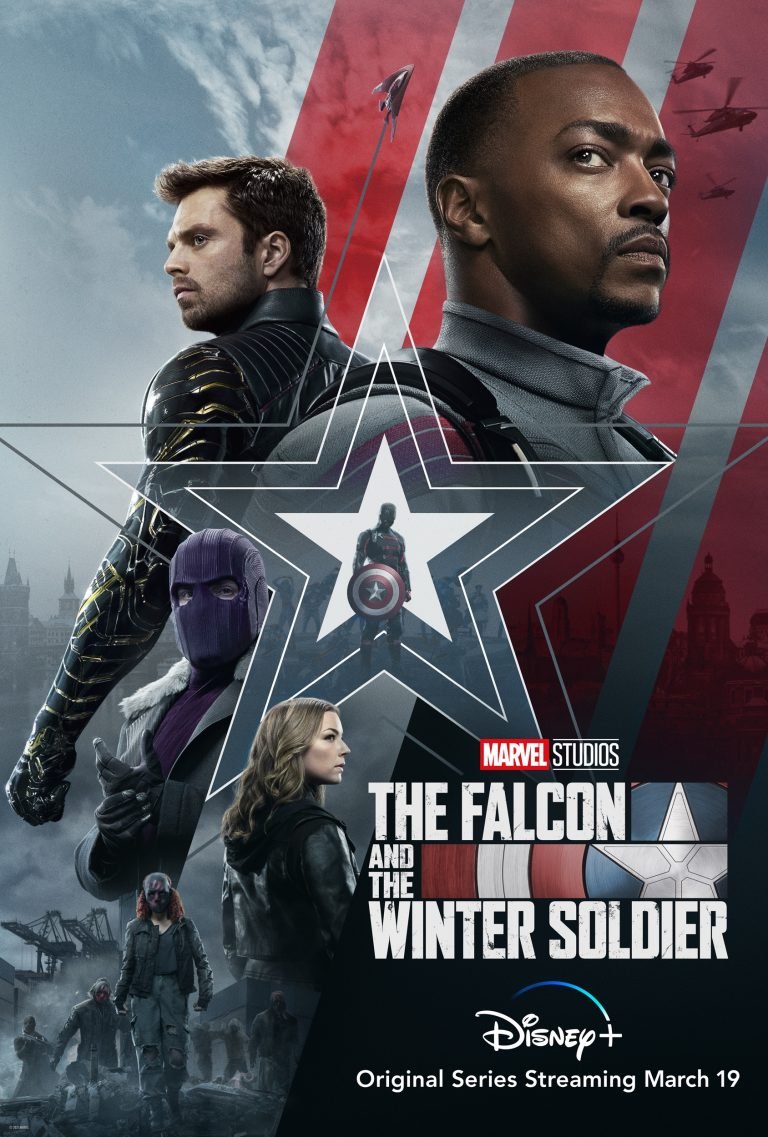 Marvel came in literally swinging with its first Disney+ MCU show, WandaVision. Raising the stakes from the Netflix and network series’ that precede it, WandaVision upped every ante and showed viewers what kind of experience they can expect from their couches. Next in Marvel’s highly anticipated episodic slate is The Falcon and the Winter Soldier, the story of Sam Wilson (Anthony Mackie) and Bucky Barnes (Sebastian Stan) returning to life after the events of Avengers: Endgame.

Sam Wilson is back on his bullshit having returned from the blip and fought Thanos alongside the Avengers. Now, working with the military, he’s back with his winged tricks, assisting in tracking an underground organization called the Flag Smashers, a group that imagines a unified world without borders. Between sky battles and military espionage, Sam is checking in on his family, mainly, his sister, Sarah (Adepero Oduye). Sarah has taken on the family duties in Sam’s absence during the blip and while saving the world, and it’s left her broke, now forced to sell off the family assets. Sam, everybody’s hero, wants to save her but Sarah knows that in the world outside of Thanos and Infinity Stones, he probably can’t.

Meanwhile, The Winter Solider, now coming back to earth as James, is reeling from the life he led while under Hydra control. He has been granted a pardon and part of it requires he participate in therapy to work through his trauma and, mostly to assure the US government that he is no longer a threat. Bucky, much like Natasha, is looking to remove some of the red from his ledger, hoping it will quell the nightmares he has about his time as an evil assassin.

Promising to tackle larger issues, the series is being set up to explore a different part of the MCU, the world that exists outside the action-packed-world-saving-drama and what happens when soldiers come back home. Sam Wilson is a superhero, but he still can’t get a bank loan, a specific reference to the Black experience in America. Sarah is the family member left behind, the one who watches the world laud the member of her family who can’t save her and who will fall back to the earth she lives in, despite his fame. Bucky is on a redemption tour. Trying to find himself in a world he left behind in the 1940’s, trying to forge relationships, trying to assimilate in a world he only existed in as a mind-controlled drone. What these MCU shows have the opportunity to do is let these characters breathe beyond the action scenes. There is the opportunity to tell the stories of the soldiers returning from war. WandaVision explored grief, that of a woman who lost her family over and over again before being cast into a ‘normal life.’ The Falcon and The Winter Solider can now explore the grief and collateral damage for these two very different characters.

That’s not to say the show won’t be action packed. It opens on what feels like a JJ Abrahams fan film, complete with quick flying through narrow obstacles, brightly coloured flight suits, and lens flares. It would hold up with a Mission: Impossible installment and makes a promise that there will be more exciting action to come. Mackie hasn’t had much time front and center, and Stan’s charismatic take on Bucky hasn’t been around since Captain America: The First Avenger, so, much like what WandaVision did for Elizabeth Olsen and Paul Bettany, The Falcon and The Winter Solider is going to give these two the spotlight they deserve and that audiences want.

Sam and Bucky’s paths have yet to cross by the end of the first episode, but we can expect the pair will team up for a buddy-cop style action comedy that finally lets the lead actors’ charm get some airtime. Sam has returned home from war, and Bucky has returned to find his home no longer exists. There’s only a promise of the action-comedy we saw in the trailers, but the first episode sets up the hope that the story driven threads aren’t torn when that finally comes together. Bucky and Sam have something in common: Steve Rogers. With his legacy left in the hands of the US government, the two will have a lot to protect.

The first look at these two characters takes them to new territory; real life. It comes with the promise of action and buddy-cop hilarity, but takes the time to explore the world outside fighting sky beams.
REVIEW SCORE
8
File Under: Disney