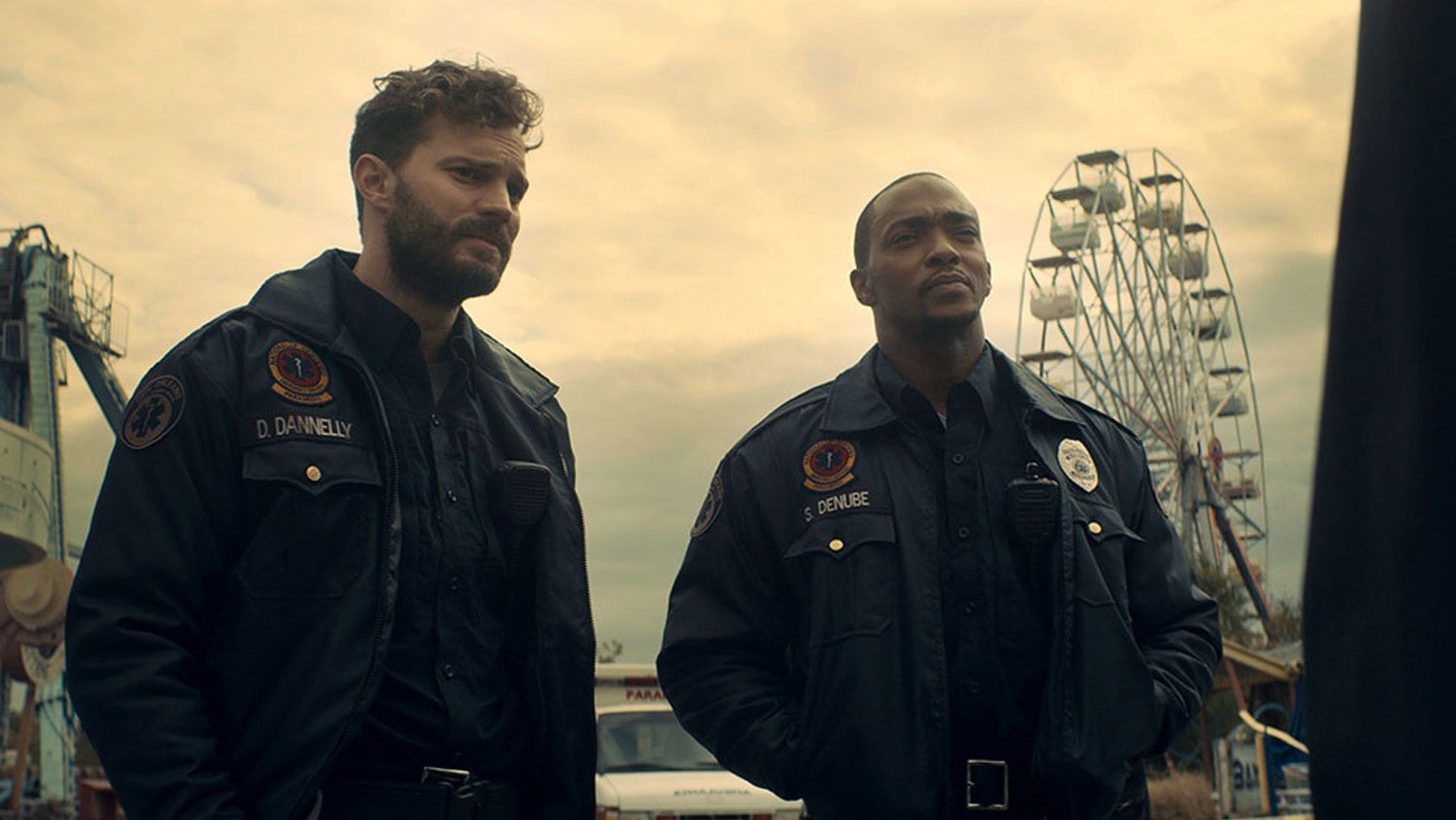 With The Endless, Justin Benson and Aaron Moorhead had cemented themselves as some of the most exciting up-and-coming filmmakers in the genre space. Now with Synchronic—premiering at tiff 2019—they have further shown their range and mastery of the science fiction genre.

Unlike The Endless, where you could discuss most of the movie without diving into science fiction elements, Synchronic is tied too deeply into its fiction to avoid at least touching on it during this review. Strong hints and concepts as to the true nature of what Synchronic is about are dropped for the viewer early on, but that being said, I will do my best to save the better ideas for when you actually sit down and watch the film.

After Steve (Anthony Mackie) and Dennis (Jamie Dornan), a pair of New Orleans paramedics, find themselves at a call involving with an overdose of a new designer drug called Synchronic, they venture down a mysterious path that changes their lives forever in ways they never could have imagined.

With more calls trickling in, all involving the mysterious drug Synchronic, a bigger picture of what is going on is slowly made clear. Still shrouded in mystery, glimpses of the hallucinations are shown, giving the audience a taste of what it is like to try the drug. From sweeping deserts to lush jungles, Synchronic seems to be different for everyone involved.

It is also here where we learn that our protagonist Steve has brain cancer, and the tumour is adjacent to his pineal gland, a part of the brain often thought to be associated with hallucinations and sleep. It works as a great setup, and as more becomes known about the drug Synchronic, the more all the early pieces begin to fall into place.

I would be neglectful in my duties to dive any more into what makes the story of Synchronic so exciting. This is a movie meant to be experienced, with each new twist and turn adding to the overall mystery and inevitable payoff. This is a deep movie, filled with hints to the truth thoughout. As more pieces are added to the puzzle, and the reality is revealed, the film changes, giving way to a very different yet equally exciting second act.

Throughout the movie time and the potential for death at any moment is ever-present. From the mysterious bodies to cancer, and even the protagonist’s line of work, it all focuses on the slow but inevitable march of time, bringing everyone closer to their maker. While it can be a bleak concept at times, Synchronic manages to also offer a glimmer of hope. While time can be a stalker in the night, taking life at a moment’s notice, it can also be a force for change, pushing humanity further into enlightenment and hope.

Setting Synchronic in the city of New Orleans was a brilliant move by the directors. As one of the oldest cities in the US, and filled with history, every street corner and building has a story to tell. It is an ideal backdrop for a drug sending people to the brink of madness. Even opting to focus on the lesser-known areas of the city was a masterstroke. Presenting the run-down buildings and crumbling facades as characters themselves. This is a city that has seen its share of pain and will continue to do so moving forward.

Stylistically, Justin Benson and Aaron Moorhead have captured Synchronic in a minimal but striking way. From the start of the film, trauma is treated with a touch that perfectly exemplifies the tone and concept the film is trying to convey. Most notable is the early long take, giving Steve and Dennis their first look at the effects of the drug Synchronic. The mysterious wound and the way the camera sweeps over the suffering in this small house shows that this is a film that knows when to take its time, giving the audience a chance to take all the details of the mystery in.

Synchronic is a film that offers up hope in the face of tragedy. Filled with concepts of family, love and history, Benson and Moorhead have managed to build a movie that is much a study in humanity as it is a mystery to solve. While not everything works, what does is truly stunning to behold. While currently there is no work on distribution, if you have a chance to see Synchronic, give it a shot; there is a lot to love with this film, and makes me even more excited to see what this team of filmmakers comes up with next.

Synchronic, from Justin Benson and Aaron Moorhead, is a trip through the worst parts of humanity, and a wakeup call to what family and friendship truly mean. 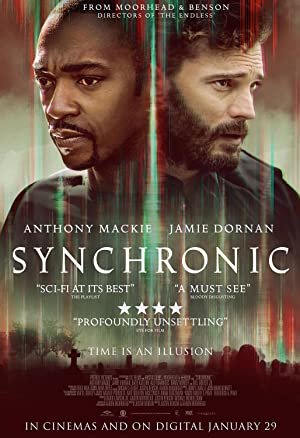