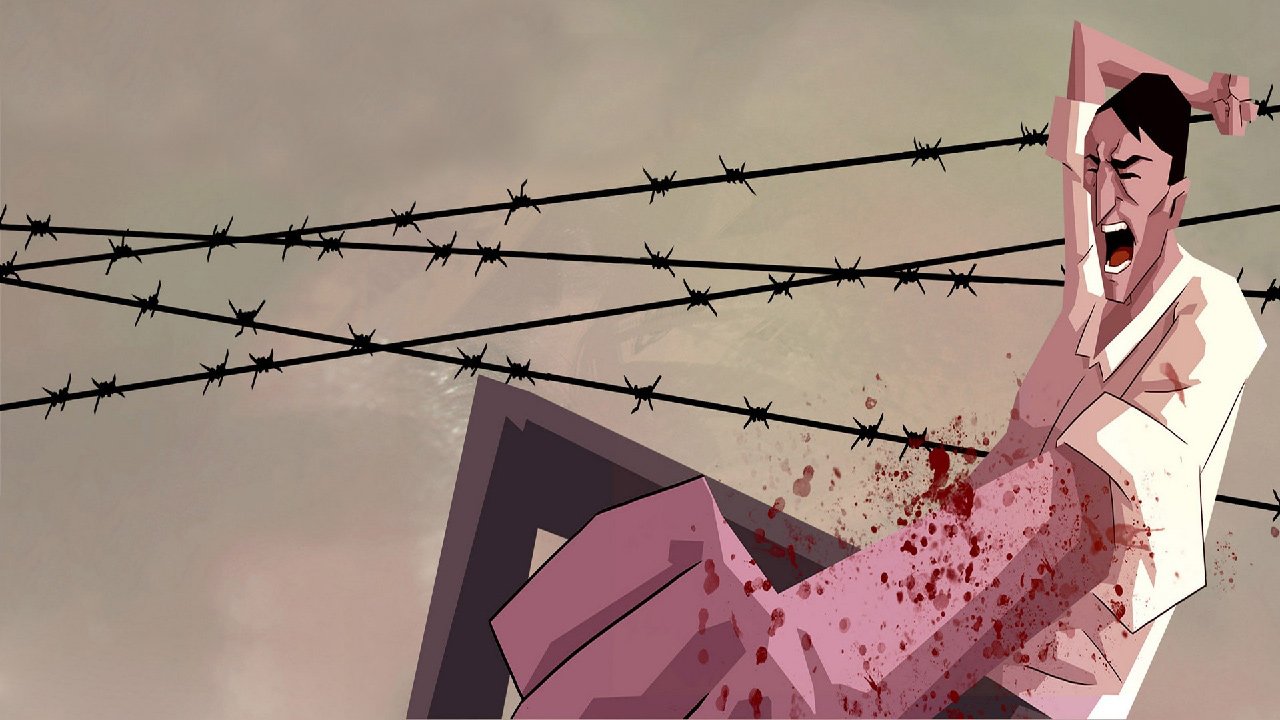 Welcome to the Future, Where it Sucks

There’s been a rather noticeable resurgence of old-school PC adventure games of late. From the return of the classics like Grim Fandango and Broken Sword, to new and intriguing scenarios like the Charnel House Trilogy, Broken Age, and countless others, pointing and clicking would seem to be back in vogue. Dead Synchronicity: Tomorrow Comes Today takes the same mold as the classic adventure games it’s so clearly inspired by, but does so in such an oppressively dark way that it easily carves itself out a space.

Dead Synchronicity got quite a bit of attention during its Kickstarter campaign, leading to a distribution deal with by Daedalic Entertainment and fair amount of coverage. It claimed a return to classic cyberpunk sensibilities and gamers old enough to remember classics like Beneath a Steel Sky got more than a bit excited. Calling this game cyberpunk is stretching a bit really. It’s a dark apocalypse setting where corruption, rampant acts of vile inhumanity, and a complete sense of immorality are the norm.

Amidst a brutal apocalypse caused by the Great Wave, which opened a rift in the sky and destroyed the infrastructure of humanity, a man named Michael awakes from a coma. He’s been unconscious since the world-shattering event and has no memories of who he was before. His one friend is the strange man who rescued him and helped nurse him back to the land of the living, but in this unforgiving future nothing is free or an act of charity.

Calling this game cyberpunk is stretching a bit really. It’s a dark apocalypse setting where corruption, rampant acts of vile inhumanity, and a complete sense of immorality are the norm.

It seems the man’s son is sick with a plague that causes strange psychic phenomena and horrifying agony. Such sufferers are called the “Dissolved”, because they literally melt horrifically away in the end. There may be a cure, but finding it requires going well outside the bounds of the brutal refugee camp Michael is trapped in. Murderous police forces hunt down the Dissolved and kill anyone who gets in their way. Only the police and “moles” are allowed out of the camp. Moles are denizens who inform on their neighbors for special perks, and rabidly hated by all around them.

The story is told through intentionally dreary visuals that fit the mood. Graphically, the game doesn’t look particularly retro like many of its ilk (Charnel House and Quest for Infamy, for instance), offering sharp higher-res visuals and an intriguing sense of character design style. Animation is choppy though, lending a rather unfinished tinge to the overall presentation.

Audio work is a mixed bag. The dialogue frequently feels stilted and forced, and the voice acting comes off on a B-movie level as a result. Still, everything about the overall presentation at least gets the job done and the game definitely has an offbeat sense of style.

When it comes to the actual game play, Dead Synchronicity is squarely in the classic mold of the genre—for all the good and bad that entails. Click somewhere on the screen and Michael walks there if he can. Right click on something and Michael comments on it. A left click causes Michael to attempt to interact with the object or person. The bulk of the game is about combing every pixel of the screen for things and then finding out how to use them. Puzzles tend to range from moderately to wildly obscure and unless the player is familiar with how these games work, frustration and confusion is likely to be the end result.

Dead Synchronicity gives players no hints or quarter at all really. You wake up and are thrown into this bizarre and dismal world with no help. It can be trying just to find things to manipulate, let alone figure out how to combine items in a frequently non-intuitive way to get through a puzzle. Some of these solutions involve unsavory and uncomfortable actions. These aren’t moral choices, though, because there’s really no actual choice here. The solution is exactly what it is and you’re forced into these actions to solve the problem.

None of these complaints are unique to this game. Such elements are almost expected in a point and click adventure, and Dead Synchronicity stays close to the spirit of its source material. The story and visual design set it apart, but unfortunately the actual story is simply unfinished. The game, which is about 4-6 hours long, just ends with no actual resolve and is meant to be continued in an as-yet unannounced sequel. Given the dark content, having some kind of reasonable resolve would have made the experience much more satisfying.

Science fiction is a sadly underserved in both the adventure and RPG genres, so Dead Synchronicity is still welcome despite the flaws. It’s an impressively dark, grimy, and uncomfortable excursion into a horrible and oppressive future. The game just feels a bit too obtuse at times and will leave players with nothing close to a real conclusion. For adventure game fans in search of something different, dark, and adult, however, Dead Synchronicity will certainly do the trick.

Dead Synchronicity is an impressively dark, grimy, and uncomfortable excursion into a horrible and oppressive future. 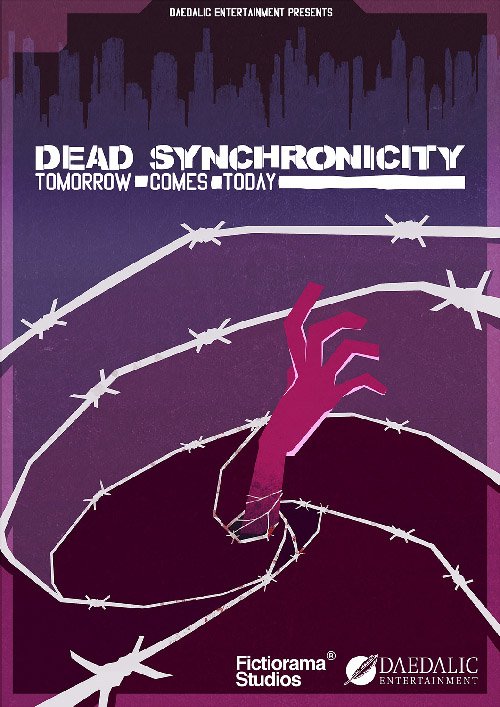