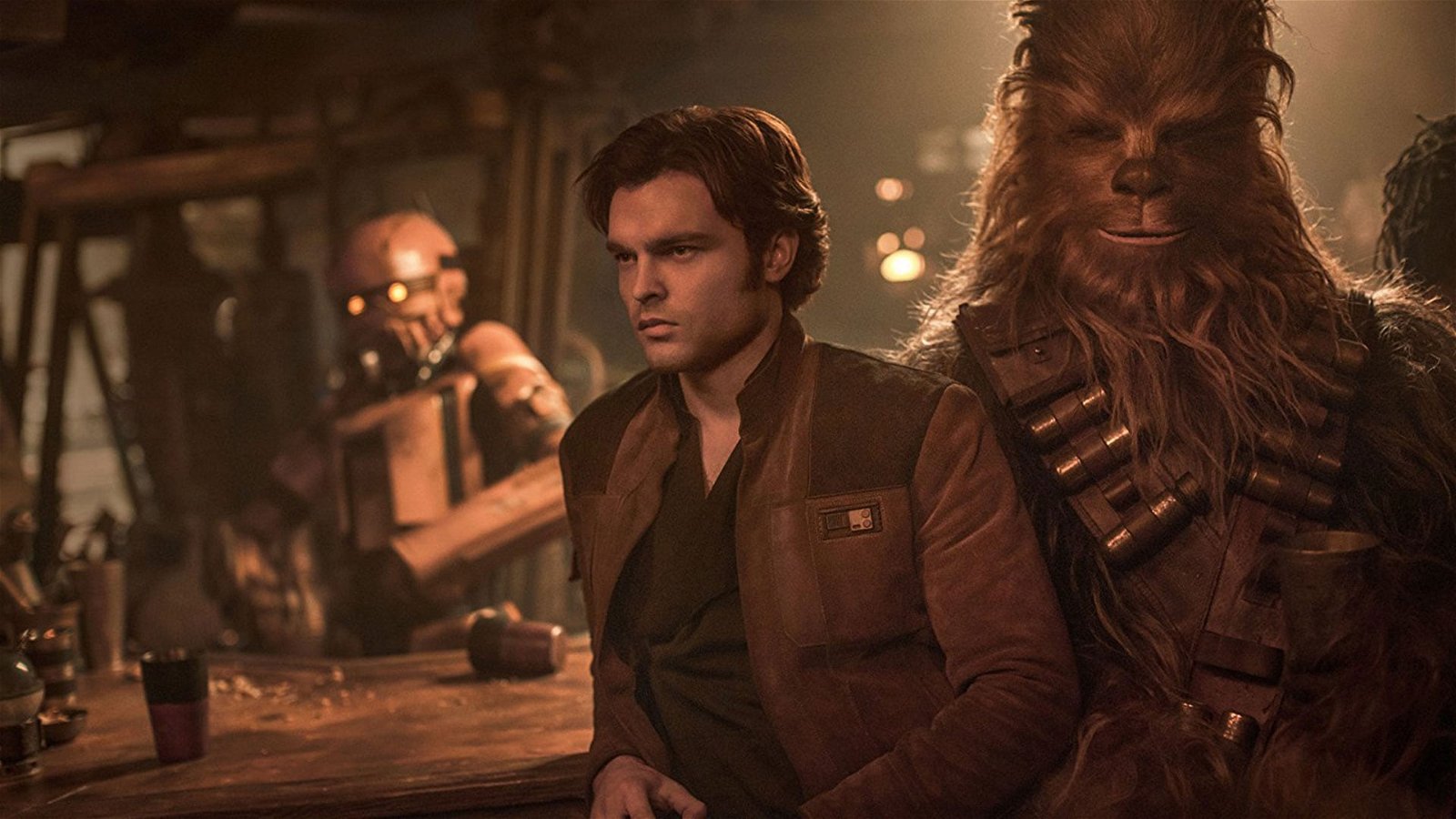 Over the history of Star Wars, there has been a wide selection of fiction, with varying degrees of quality. On one end of the spectrum, we have the original trilogy, a great series of films that have stood the test of time, and on the other, we have the standalone Ewok films, arguably some of the worst in the franchise.

While the latest journey to a Galaxy Far, Far way, Solo: A Star Wars Story is by far better than any of the made for TV movies set in the Star Wars universe. It falls short of reaching the heights of the mainline Star Wars films, or even Rogue One, but at least it is fun.

Solo: A Star Wars Story is an odd beast. While everyone wants more of the galaxies most loveable rogue Han Solo, this film manages to give audiences this while still making one of the least impactful stories in Star Wars Lore to date. Director Ron Howard paints a picture of Han before the first set of films and answers all the important questions no one ever asked. Such questions as: where did he get his blaster, and why is his last name Solo. While It works to set the stage for the character, it adds little to the cannon, and what it does contribute ultimately leads to nothing more than references and callbacks.

Han is such an iconic character because of his mystery and devil may care attitude. It is his adventures in the original trilogy that push him into being the scoundrel with a heart of gold we know and love. Solo manages to undermine these facts every chance it gets. Han is now a man who was always good and just pretends not to be. While it works for a modern audience, it fails to capture the essence at the core of the character, and while not a deal breaker, it is disappointing.

Now before we get off track, no, Solo: A Star Wars Story is not a bad film, it is, as a matter of fact, a ‘fun romp’. The 135-minute running time whips by, and many action set-pieces work to set the stage for the modern Star Wars universe. It also works to further the level of corruption in the galaxy under Galactic Empire. Pre Rebellion Star Wars is a setting where everyone must turn to crime to achieve anything. A place where only the strong survive, and if you want to escape, you shoot first.

Even the casting works for the story the studio is trying to tell. Woody Harrelson’s (Zombieland, True Detective) Becket works as a driver of the plot, and Emilia Clarke (Game of Thrones, Terminator Genisys) does an excellent job as Qi’ra the star-crossed love interest and Donald Glover (Atlanta, Community) manages to steal the show whenever he is on screen as Lando Calrissian. In all honesty, most of the main cast do a good job, adding much-needed levity to the film.

The Villan, Dryden Vos, played by Paul Bettany (The Avengers), is as paper thin as you can get. That is not to say Paul Bettany does a bad job in the role, quite the contrary, he is simply not given enough screen time to make an impact. I will say that Paul Bettany clearly is having fun in the role, with every scene he is on screen played with gusto, providing a much-needed level of manic menace to the overall film.

The real issue rests with the central protagonist, Han Solo himself and how he is portrayed. It is a hard position to be in, having to capture such an iconic role, and while actor Alden Ehrenreich (Hail Ceasar, Beautiful Creatures) does a serviceable job capturing some of what made Han Solo so memorable, it is hard to expect him to live up to Harison Ford. He manages some of the mannerisms, but it never feels natural, making the scenes with him on screen the least compelling of the full film.

Despite this fact, there are some great moments in Solo: A Star Wars Story. The budget is on full display throughout the runtime of the film. From robbing of an empire controlled train to infiltrating a mine for ‘one last caper,’ the film keeps things fun and amusing throughout. While the moral ambiguity the script is trying to portray is about as thin as rice paper, it never deters from the potential enjoyment of the overall story. This is the fun side of Star Wars, and while there are some stakes, it is the levity that will keep you in your seat.

What could have easily delved into the realm of silliness, such as Chewbacca (played by Joonas Suotamo) joining in on the action, manages to be some of the most joyful segments of the film. It was a delight seeing old friends meet for the first time. The banter between Chewy and Han make for some of the best lines in the flick. Even though I did not love Alden in the role, the chemistry with Chewbacca more than makes up for the inconsistent acting on his part.

The script by the father-and-son team of Lawrence and Jonathan Kasdan harkens back to fantasy adventure films of the 1980’s. At its core Solo is a heist movie, with all the ridiculous twists and turns that entails. Yes, the film telegraphs all twists far before they happen on screen. Even the wannabe iconic line “Assume everyone is going to betray you and you wouldn’t be disappointed,” recited by Becket, only manages to foreshadow betrayals later in the film. But honestly, go back and watch some of the 80’s library of adventure films, most are far worse and only half as fun.

Even with these flaws, Solo is entertaining. It will keep you, and the whole family enthralled until the credits roll. And at the end of the day, nothing that happens within the film changes anything with the Star Wars Universe. Nore can it. Everyone knows Han will stick around until the events of A New Hope, Chewy is not going anywhere, and the love interest in Qi’ra can’t end up with Han. That does not mean the journey to this conclusion can’t be an adventure, and Ron Howard achieved that. A feat that is even more impressive given the circumstances, him taking over the film in the 11th hour.

I would have loved to see what Lord and Miller had in store for the film. There was clearly a tonal issue with some of the scenes, trying to walk the line between comedy and drama. It would have been interesting to see what the film could have been had they leaned into the fun route, alas we may never know. What we do have works as a fun summer movie, even if it is only skin deep.

As one of the first movies of the Summer season, Solo: A Star Wars Story manages what it set out to do, make an enjoyable Star Wars flick that revisits Han Solo in a new way. Yes, nothing on screen matters, and what does is forgettable, but there are enough good performances and set pieces on display to make Solo worth the price of admission. Is this a new classic in the Star Wars universe? No, but nor does it have to be. If you want a fun time at the cinema Solo has you covered. I just wish the actor playing the titular Han Solo had the charisma to carry the iconic role. Alas, it is the sacrifice we must make to visit a galaxy far, far away one more time. 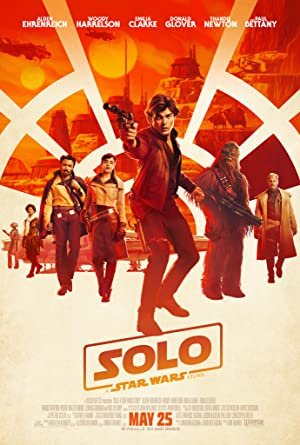