Game of Thrones, the latest videogame version of George R.R. Martin’s A Song of Ice and Fire, attempts to do everything right. Its developers, Cyanide, take into account the wild success of the televised adaptation and the story’s ability to obliterate generations of fantasy tropes with its cynical view of morality, “righteous” warfare and, even, truth. The designers’ attempt to bring Martin’s complex politicking and multifaceted character creation into the best type of videogame to do so — the role-playing game — is an ambitious project, but one that ultimately fails to live up to either its source material or, worse, its own goals.

The basic conceptual choices behind the game are smart. Rather than drop players into a few of their favourite characters’ boots and slot them into a previously told segment of the story, Game of Thrones creates a (almost entirely) new cast, new locations and a new plot. Beginning just prior to the start of the first book/season of the television show, the videogame revolves around two protagonists, Mors Westford, a member of the west’s devout group of protectors, the Night’s Watch; and Alester Sarwyck, a priest of the eastern god R’hllor. 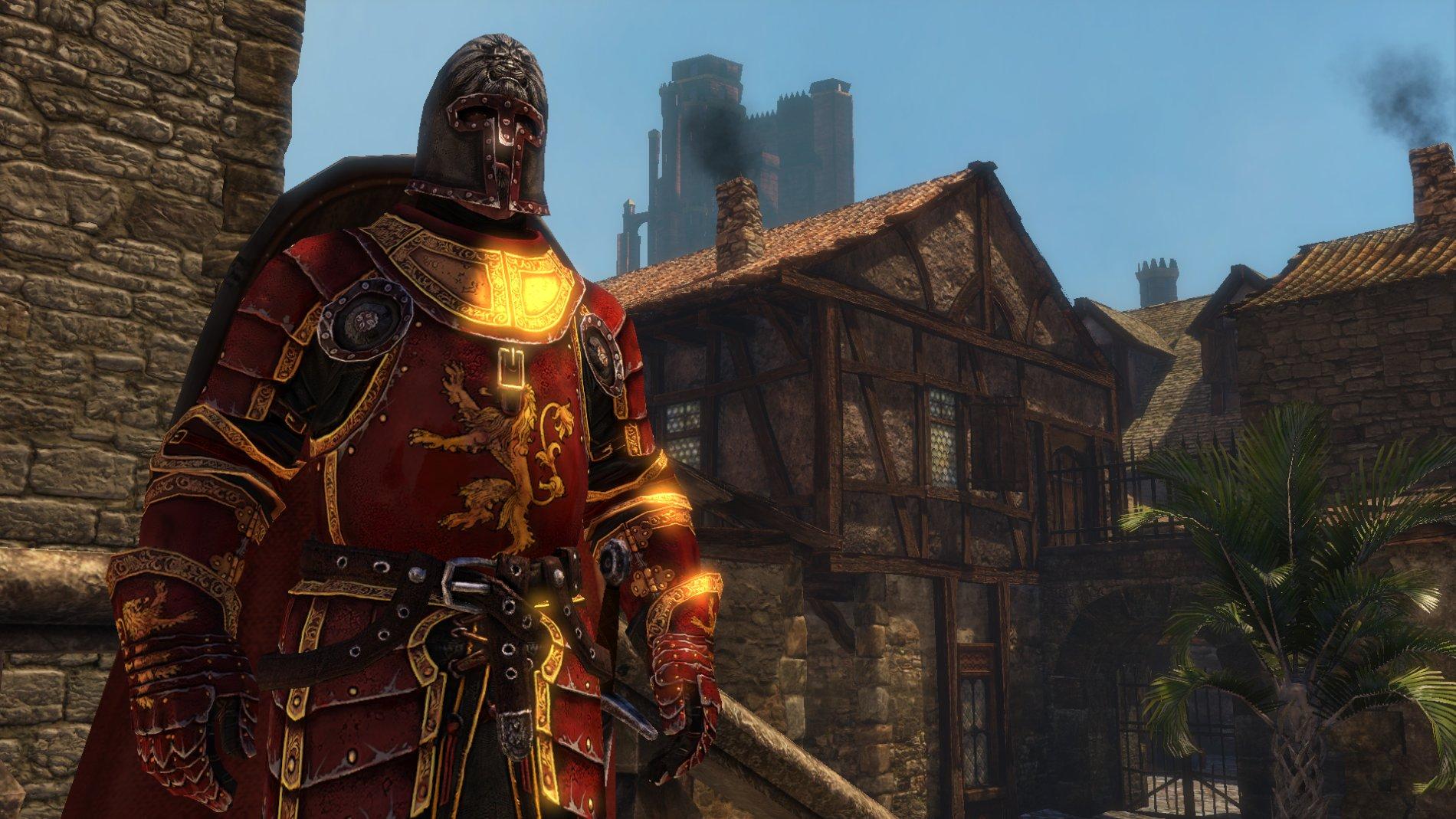 Mors and Alester function similarly to the books’ point of view characters, their disparate paths and objectives working to piece together a larger overarching narrative. This plot unfolds through combat and exposition, bridged by exploration of confined environments and the occasional side-quest. Battles are conducted through a system reminiscent of Dragon Age’s real-time, attack-queuing mechanics, but with much of the tactical edge softened up to leave behind a simpler experience. Mors, Alester (and the extra party members who join them from time to time) are able to draw on the skills selected by the player upon levelling up, slot them into a line-up of upcoming attacks and then wait for them to come up.

These fights end up feeling, for all the gruesome detail of the occasional finishing move, weirdly bloodless. Queuing up attacks and taking hits from enemies is robotic, the sound and animations never providing the sense that the combatants are actually engaged in any kind of real battle. The fights are all swishes and tinny sound effects, mannequins batting at one another until a life bar depletes and one of them falls down. The character customization that forms the backbone of this experience, though, is much better.

Equipping items and allocating skill points is all pretty standard RPG stuff — choose whether to make your character a giant bruiser, agile backstabber, ranged archer or some combination of the above — but the rock-paper-scissors balancing act of choosing the right weapon to go up against an enemy’s armour or choosing to give characters perks that must be balanced with handicaps (earn an extra skill point when levelling up, but sacrifice the ability to regain stamina for instance) adds a good deal to a mostly unimpressive setup.

When players aren’t engaged in managing character stats and fighting opponents the story progresses through exposition sequences. The dialogue in these segments is mostly pretty awful and the voices, despite the occasional actor who tries her/his best to sell the clumsy lines, do nothing to improve on this. While something like this could be more easily overlooked in a game based less on (often lengthy) conversations between a handful of characters, Game of Thrones’ dependency on cutsce

nes to further its story makes the subpar writing and acting hard to swallow. Static camera angles and unimpressive scenery only exacerbate this problem.

These failing are truly unfortunate, undercutting what is actually a really good plot. Unevenly written and awkwardly paced as it may be, Game of Thrones becomes absorbing once it finds its pace. The beginning is extremely slow and does very little to put its narrative hooks into players, but after the first few hours some of the apparent aimlessness of the early chapters begins to develop into a compelling tale that goes a long way toward compensating for the limp combat and extremely limited exploration on hand. It

is never so good that it matches the level of narrative propulsion of Martin’s books or the HBO series, but Cyanide has done a fantastic job of crafting a story that feels true to the world it takes place in.

The ability to help determine the outcome of aspects of the story through a conversation choice mechanic (again, taking heavy inspiration from Bioware’s Dragon Age and/or Mass Effect) adds a layer of depth to this as well. Picking what the player feels to be the appropriate answer, interjection or, in certain cases, life-altering decision helps to give the story an extra dimension that pays off with variable outcomes as the story progresses. Deciding to spare the life of a newly repentant mercenary or siding with one playable character’s viewpoint over another’s can greatly alter aspects of the narrative or gameplay over time, making Game of Thrones feel more organic than it otherwise would be.

A good story and satisfying game mechanics often make up for poor visuals, but Game of Thrones’ aesthetic can, at times, actively hurt both of these areas. The aesthetic is an extremely mixed bag, certain aspects of the game obviously having received much more attention and care than others. Lacklustre environment design, atrocious looking characters and an ugly user interface butt heads with strong armour and weapon detailing and a vibrant colour palette, ultimately leaving a bad impression. That this uneven aesthetic is coupled with technical shortcomings — marionette-like animations, dead eyes and unnatural body language, frequent glitches like clipping through doors — only furthers this problem.

All of it works to obscure what could have been something interesting. There is, after all, a pretty good game to be found here, but Cyanide simply asks players to extend more than an appropriate amount of goodwill in order to find it. This is the issue that plagues the entire production. A solid plot is hidden beneath layers of bad writing and voice acting; a decent visual style is covered by technical shortcomings; a fun character customization system is overshadowed by insubstantial combat: the whole thing ends up feeling like an unfortunate matryoshka doll, ugly wooden exteriors hiding a pretty interior that very few are likely to be willing to fully un-nest and discover.

Fans of the source material may be interested to play through Game of Thrones at a reduced price, likely sticking it out until it gets interesting simply due to the cheap thrill of interacting with familiar settings and characters, but others will likely be far too put off by the games’ myriad problems to progress far enough to discover its strengths.

A good story and satisfying game mechanics often make up for poor visuals, but Game of Thrones’ aesthetic can, at times, actively hurt both of these areas.