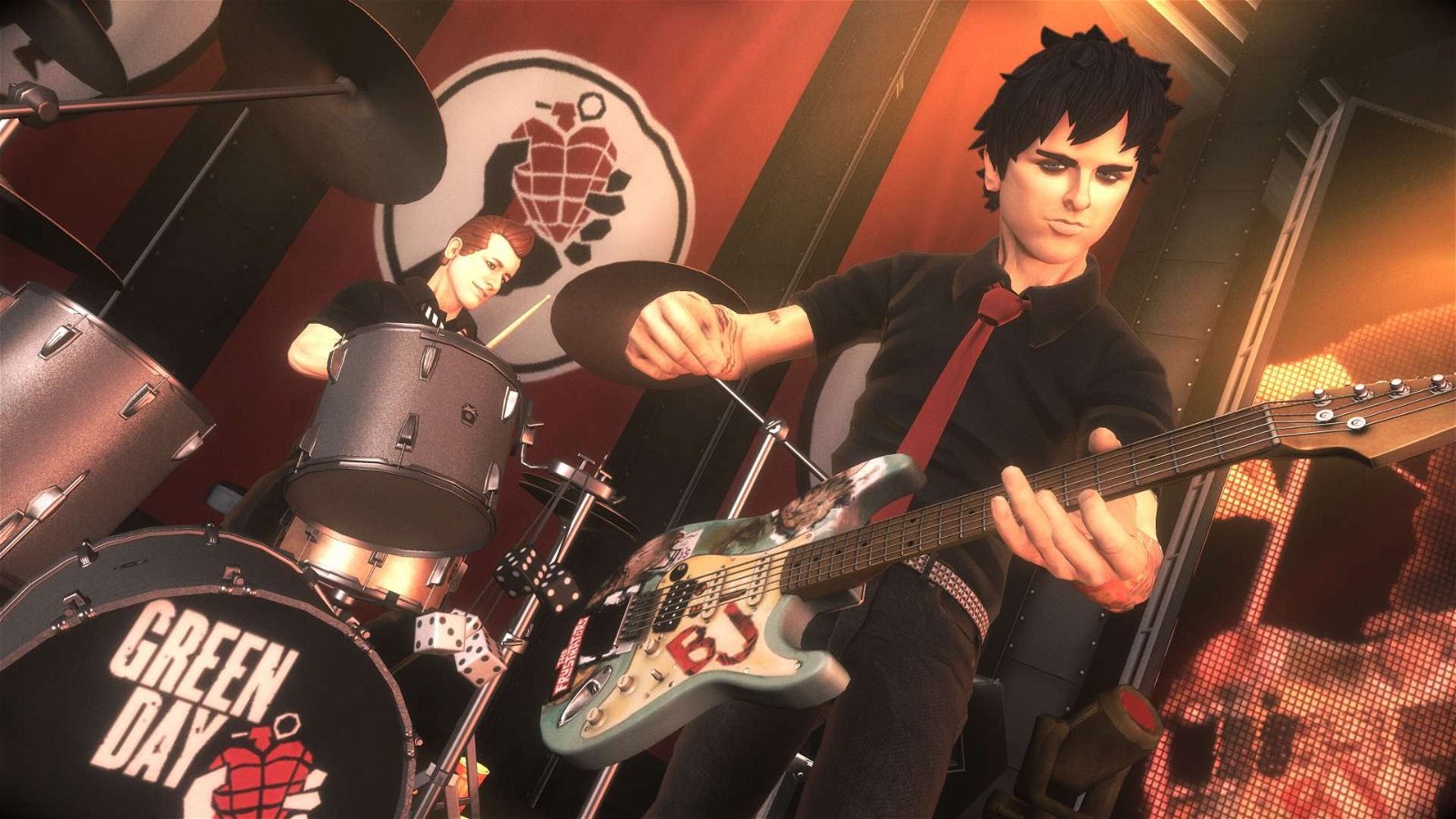 Band specific Music games are a simple affair to Review. It all boils down to personal taste and Green Day: Rock Band is no different; if you like Green Day you’ll get this game, if you don’t, then you’ll pass on it, it all comes down to that. But for fans of the band, and for fans of the Rock Band series, there are certain qualities about this latest game that may intrigue players beyond merely playing some favourite songs from a successful, contemporary band.

Not Quite The Beatles

Like other band specific games, Green Day takes a chronological approach to its gameplay, spanning the career of the band from 1994 to 2009. Players are taken through different venues and remain firmly “at the helm” of band’s trio, starting out at a smaller, grungier venue that represents a pastiche of elements from Green Day’s early, struggling days, and then moving on to the National Bowl in England and the Fox Theatre in Oakland California. Unlike the previous Beatles game, there’s nothing in the way of even a barebones narrative structure and no pre-rendered animated sequences that segue from one locale and time period to next. No story here, it’s all about the Music. The graphics use the existing Rock Band engine, much in the same way the Beatles game did, to give approximations of the band rather than photorealistic renderings. As with Rock Band some heavy digital post processing has been done to give the performances a grainy, film-like appearance to simulate concert footage. The characters themselves are fixed, with Billie Armstrong, Mike Dirnt and Tre Cool taking to the stage behind the playfield. Their outfits change based on venue and have a wider set of custom animations per song, but essentially this isn’t anything that hasn’t already been seen any previous Rock Band game.

The sound is, of course, the heart of any Music game, and unsurprisingly, it’s nothing but Green Day, 47 tracks to be exact, and, as a sticking point for purists, these are the radio edits. The complete Dookie, and American Idiot albums are available as well as 12 of the 18 songs from 21

Century Breakdown, the previous six already being available on the Rock Band store, and seamlessly integrated into the game if they are detected on the hard drive. Like other Rock Band games, the crowd sings along if players are performing well, and Harmonix’s continued tweaking of its audio cues with new sounds for engaging Overdrive, gaining stars and missing notes.

Green Day: Rock Band falls somewhere on the slightly high-end of band specific games. It doesn’t make the same underwhelming impression as Guitar Hero: Van Halen, which didn’t even sport a full collection of songs from the title band, but falls significantly short the clear, almost religious reverence of The Beatles: Rock Band, which is currently the epitome of how to do a respectful Music game about a single band. Players can still unlock fan memorabilia in the form of photos and videos, but it’s obvious that Green Day hasn’t received the same “Beyond the Red Carpet” treatment the Beatles did. Unlike the Beatles, all tracks in this game can be imported into Rock Band or Rock Band 2 and added to growing Music libraries.

The mechanics of the actual game are clearly the recipients of interesting adjustments that will hopefully find their way into Rock Band 3 later this year. Most of these tweaks will be lost on the casual or party gamer, but for the more serious players, the type that compete regularly on sites such as ScoreHero, the changes are subtle but intriguing. Overdrive engagement has received a much needed audio boost so that when players kick it in, the instrument in Overdrive Mode gets a big volume boost, thus alerting other players as to who just engaged Overdrive without needing to take their eyes off their respective play area, easing coordination of Overdrive among players to maximum effect. For vocalists, Harmonix has just about nailed the perfect balance in their new vocals code. The original Rock Band was sometimes imprecise in its detection of pitch, but they dramatically overcompensated in The Beatles: Rock Band with pitch detection so sensitive that even the slightest quaver was unacceptable to the code at Expert levels. The Green Day pitch detection manages to finally hit the sweet spot in the middle ground, being more precise than Rock Band while accepting more variance for individual voices than the Beatles game. The harmonizing feature has also been carried over from the Beatles game with a total of one singer and two “back-up” singers, although the norm for most songs is usually just one additional singer.

Most interesting of all, the Green Day game includes set-list “challenges” in which players must acquire a certain number of stars while playing through a predetermined list and number of songs. Overdrive now “carries over” in these challenges so that if players have a full bar of Overdrive energy at the end of one song, when the next starts, that bar remains, creating strategic scoring possibilities in which players can now conserve Overdrive if they know the next song has a “points heavy” introduction, compared to the conclusion of the current song.

In the end, Green Day: Rock Band is fitting tribute to the band, if slight on supplementary fan material compared to The Beatles: Rock Band. The game still uses the same established mechanics of the Rock Band series, with a few interesting tweaks, but the final arbiter of the purchase decision is whether you’re a fan of Green Day. The game is competent but unambitious. 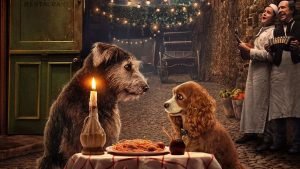 Lady and the Tramp (Disney+) Review 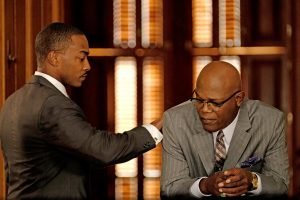 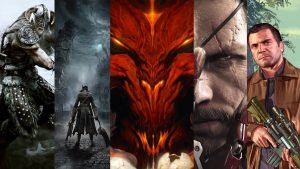