Videogames and Art: More Than the Hand and the Eye 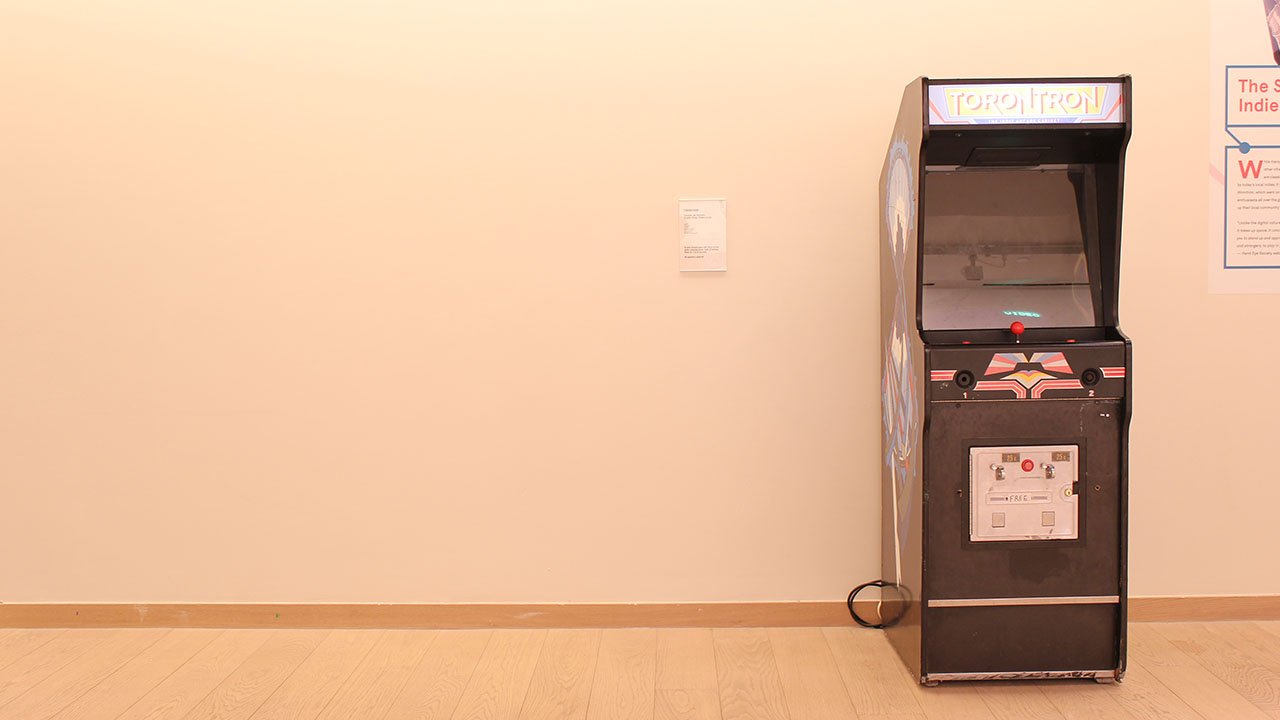 “Videogames are something we don’t understand,” Jonathan Mak says during an artist talk at the Art Gallery of Ontario (AGO)’s Jackman Hall last Wednesday evening. The striking quote made by The Hand Eye Society co-founder and Torontonian developer elicited a perplexed reaction from the audience, suggesting that videogames have a long way to go in being established as a medium that can invoke strong emotions, or even have sophisticated merit, such as music, film and especially art.

Part of understanding videogames’ emotional and artistic capacity is by placing them in art institutions such as the AGO. It’s unorthodox for videogames to be included in such a domain that houses the most prominent and elite Canadian and international art. For videogames to have a place within galleries would be like a man biting a dog, at least according to Jim Munroe. He’s the executive director and co-founder of The Hand Eye Society, a Toronto game arts organization that presents local games as means of creative expression and artistic value. As the AGO’s current artist-in-residence, Munroe showcases Toronto’s experimental and artsy independent game community through Torontrons, which are these classic, retrofitted arcade cabinets that contain local games. The Torontrons have appeared in various places, such as (according to The Hand Eye Society’s website) Gamercamp, Toronto Comic Arts Festival and even the Toronto Symphony Orchestra at Roy Thompson Hall. With the Torontrons currently being exhibited at the AGO, Munroe believes the art museum itself has made a great impact with regards to changing the public perception of videogames.

“They took a bit of a risk, and certainly there were a lot of people still contentious that games can’t be art, so the fact that [the AGO] were willing to have the residency in the space and extend this much accommodation as they have… I think it’s paid off for them and as well as [The Hand Eye Society],” Munroe says in an interview before his event last Wednesday. “In my experience, games being such a new art form in an established epicenter of Canadian art made for a good story and it’s gotten a lot of attention for our side of it [The Hand Eye Society], and also the AGO doing some innovative programs.”

During Munroe’s art talk at Jackman Hall, he presented a collaborative and interactive project with the AGO, in which an employee would show the user around the art institution and make implicit choices—almost functioning like a first-person game. This project in the making is true to Munroe’s personality—he likes to push the boundaries in whatever he does. He says his works have intentionality, and wants to test his hypothesis when it comes to putting his works to the public. Munroe says Toronto didn’t really have an indie game scene back in 2004, and at that time, indie games were simply developed for commercial exposure. Now that Toronto’s indie game community has been established, Munroe encourages developers to think outside the box and show that indeed, one person (or even two) can develop a game.

For instance, Mak developed a complex game called Everyday Shooter, which was designed using Visual C++ and electric guitars for its soundtrack. Mak says Everyday Shooter was one of his first games, after graduating post-secondary to create videogames full time. Everyday Shooter managed to pique Sony’s interest at the 2007 Independent Gaming Festival, to the point the company released the game for the PlayStation 3 in 2007 as downloadable content for the PlayStation Network. According to Mak, game design is a mix of programming and math—the presentation of games as art remains to be new and evolving, and it depends on the audience’s reception.

Having a game-focused exhibit at the AGO attracted a general audience; Munroe says the Torontrons were showcased in settings that were well known to gamers. To have the Torontron at the AGO is serving its purpose, which is to attract a wide range of people, and subsequently educate them on Toronto’s independent gaming community. Also, Munroe is conscious of people interacting with the Torontron game cabinets; because of that, Munroe has acquired ideas for improvement. But the point of Munroe’s exhibit is for all audiences to enjoy themselves and experience the versatility of videogames—this idea alone has shed some light within Toronto’s gaming community.

“People in the actual games community, especially at the Fancy Videogame Party, were ecstatic to have had the event here [at the AGO],” Munroe says. “They felt heartened and validated that this type of event can happen here at a place like this.”

As far the mainstream audience is concerned, there’s still a consensus that videogames are a pastime for youth, especially males. Some audience members wanted to know if the linkage between videogames and youth affected Munroe’s, Mak’s or even comic and zine artist Mark Connery’s line of work. Neither panelist could come up with a definite answer, but all agreed that eccentricity was the foundation for their respective creations. Munroe says he never encountered direct negativity with his Torontron exhibit, but rather a profound curiosity, especially from the general audience. Although the gaming scene is dominated by AAA, blockbuster action games such as Call of Duty and Grand Theft Auto, Munroe thinks that it’s important to offer an alternative. When people become more aware of the variety of experiences of expression happening within games, Munroe says, people would be attracted and interested to it. Of course, people in the games community also want games to be shown in a different light—but with any medium wanting to evolve into something greater, one has to be the change he or she wants to see.

Make sure to check out Raynika’s companion piece about the inclusion of video games into the AGO in the April issue of CGMagazine.