Portrayals of War: Wolfenstein: The New Order and Valiant Hearts: The Great War 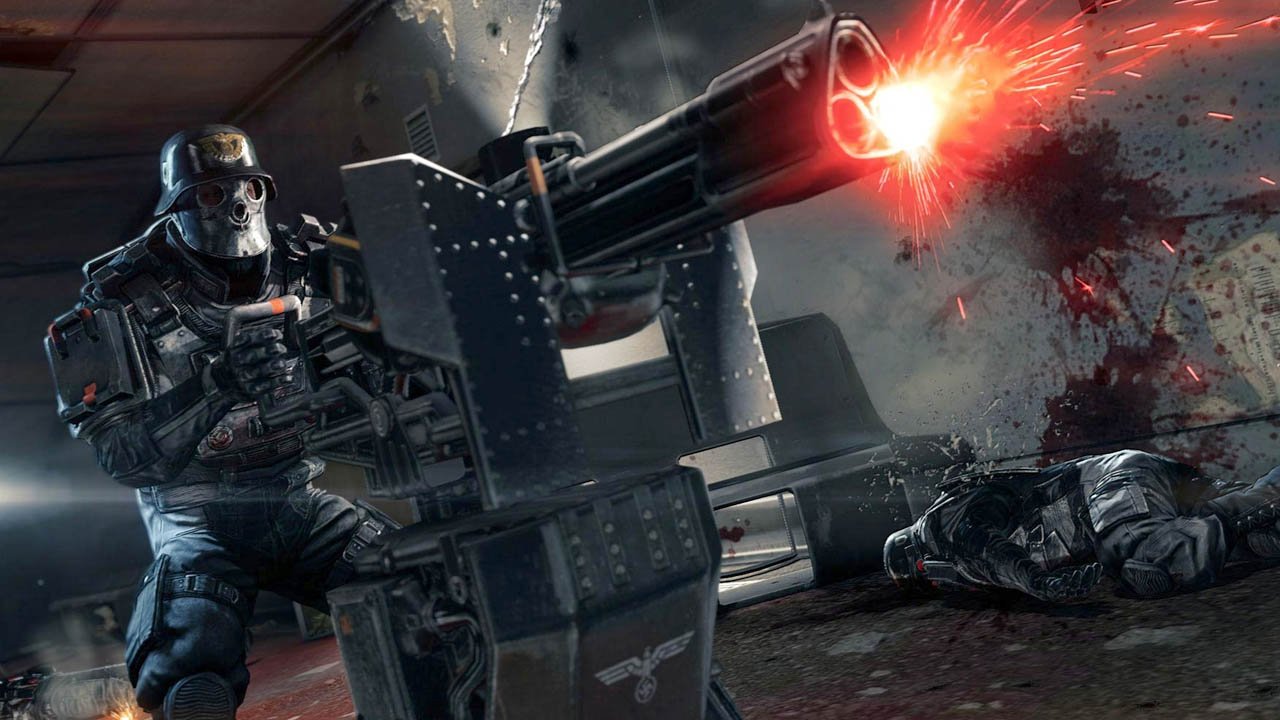 It’s hard to think of two videogames that handle the subject of war more differently than MachineGames’ Wolfenstein: The New Order and Ubisoft Montpellier’s Valiant Hearts: The Great War. While both are concerned with portraying the brutality and horror of the conflicts they’re based on—World War II and World War I respectively—the tack taken by their developers is worlds apart.

The New Order, a sequel/quasi-reboot of the long-running Wolfenstein series, is a fast-paced first-person shooter, full of blood, guts, and sci-fi Nazis. While the game’s story is given far more emphasis than players might have expected (given the series’ reputation for placing action over drama) it still doesn’t take itself too seriously. There is a surprising amount of pathos in its tale of William “B.J.” Blazkowicz’s resistance to an unstoppably imperialist Nazi Germany. (Casting the iconic Blazkowicz as a soldier grown tired of his never-ending personal war is an inspired choice.) But, The New Order is also a profoundly silly game, full of robotic dog troops, magical armoured suits, and over-the-top villains. Valiant Hearts, on the other hand, is a thoughtfully-paced adventure game primarily concerned with historical accuracy and conveying a sense of respect for the tremendous losses suffered during the First World War. It has a cartoony visual style, sure, and a handful of endearing jokes throughout its otherwise serious campaign. Mostly, though, Valiant Hearts is dreary and melancholy. By the time it has reached its conclusion the player has been through the emotional wringer, emptied out by scenes of unthinkable war-time horror and confounded by the complete waste of human life that characterizes World War I.

While playing these games I was unsure of how I felt about their varying depictions of global warfare. Both The New Order and Valiant Hearts acknowledge the tragedy inherent to the two World Wars—they just go about it in very different ways. Valiant Hearts is straightforward—the kind of respectful war story we’re used to. Its cast endures gas attacks, watches soldiers die in droves during World War I’s nightmarish battles. The game wants us to feel humbled by the enormity of the war it portrays. The New Order is a more personal story, showing the tragedies of conflict in its character’s emotions rather than throughout every one of its levels. Aside from Blazkowicz, seemingly resigned to living forever in a world filled with combat and death, the cast has also  endured unthinkable persecution at the hands of the Nazis. Rather than depict the actual terror inflicted by the World War II of history, though, The New Order enters into the realm of satire by placing its story within an alternate history where Germany has conquered most of the world. In keeping with the fantastic nature of its premise, the game renders the Nazis as veritable techno-wizards equipped with laser guns, electric grenades, and semi-robotic body armour. The game provides players with moments of dramatic reflection on the evils Second World War Germany’s fascist/imperialist ambitions just as often as it delights in the surreal version of a Third Reich dominated world it has imagined. Basically, it’s just as funny as it is grim.

Which of these takes on war is more effective? Is it better to take The New Order’s  approach and ask players to consider just how awful WWII was through sheer entertainment, or to focus on educating through the relatively straight-faced World War I lessons given by Valiant Hearts? As much as I enjoyed the latter game, I also have to wonder if I would’ve liked it just as much if I wasn’t already interested in the history of the Great War. Valiant Hearts is a very good game, but it is also up front about what it wants players to think about and how it wants them to feel. Someone who has no interest in learning this history (or playing through an extremely sombre, slow-paced game) may still enjoy The New Order while receiving the same basic message: the global wars of the 20

century were profoundly awful events that shouldn’t be forgotten.

It would be difficult to call either game better than the other because of the vastly different purposes they’ve been created for. What one person gets from The New Order, another may rather experience through Valiant Hearts. All we can say for sure is that it’s a good thing that both can exist—and find receptive audiences—alongside one another.