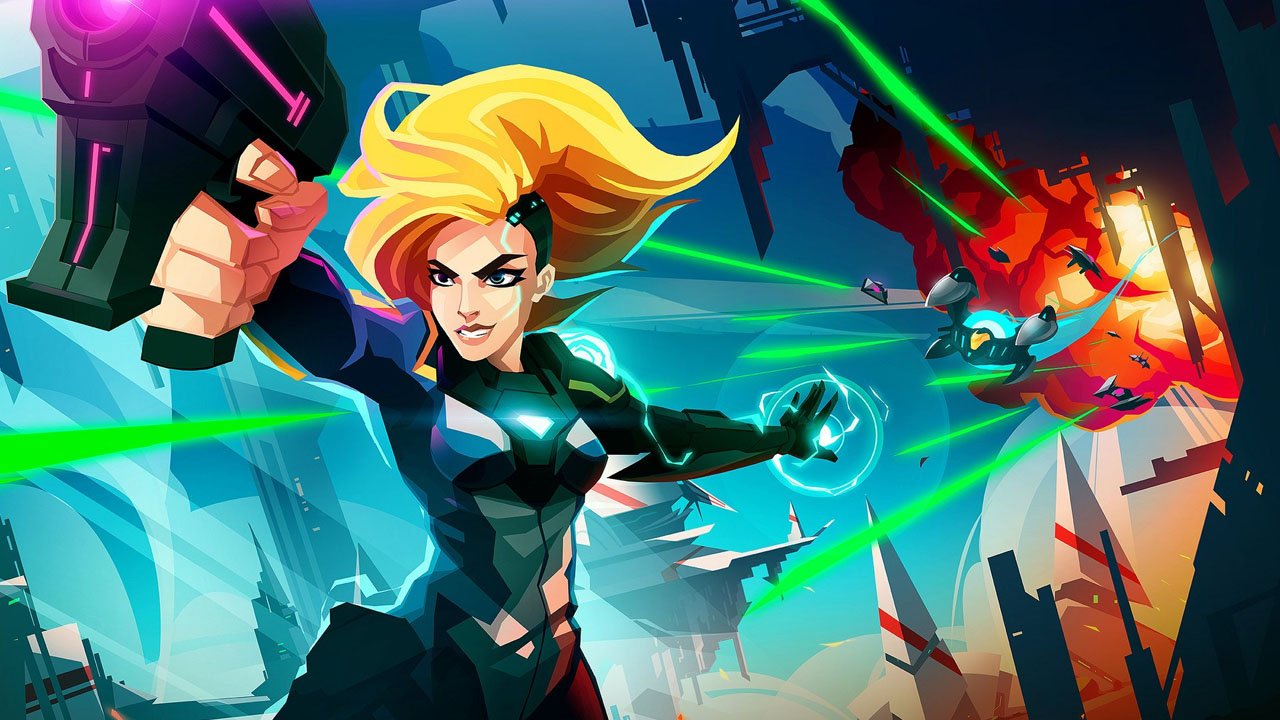 Amidst the many games released in 2014, it’s more than likely many of us have had to hold off or have even completely missed out on some of the hidden gems. From horror games to narrative experiences, here are seven indie games that definitely shouldn’t be missed.

A fast-paced shooter with rogue-like elements, Heavy Bullets is deliciously hard and strangely addicting. Each death carries with it mad fits of frustration, followed by the overpowering temptation to jump in for just one more run. It’s weird and it’s challenging, but Heavy Bullets is one of the unique shooters of 2014.

Combining the awesome puzzle elements of Velocity and Velocity Ultra with 2D platforming, Velocity 2X is a neat sequel that builds on the strengths of its predecessor. It’s a bold, vibrant game, packed with brilliant colours and breakneck-paced levels challenging even the sharpest of reflexes.

Ether One’s strength lies mainly in its subject material. As a person attempting to help piece together the mind of a person with Alzheimer’s Disease, players have to deal with a number of deeply emotional narrative beats dealing with mental illness. It’s not at all an action game, but its handling of delicate subjects and attention to detail makes it a worthwhile experience.

A wonderful example of the power inherent in great visual storytelling, A Bird Story relies on evocative moments to tell a story about a lonely boy and his unlikely friendship with a wounded bird. A light, airy soundtrack, well-crafted visuals, and genuine moments of comedy and drama make A Bird Story a wonderful little game.

There’s something creepy in the soulless, uncanny eyes of an animatronic character, and Five Nights at Freddy’s has taken this idea and turned it into the core of a horror game. While working as a night guard for the extremely cheap Freddy Fazbear’s Pizza restaurant, you’ll have to manage the animatronics and make sure they don’t kill you in their attempts to stuff you in a suit. Stopping them requires watching several different security cameras and taking the necessary precautions to keep them out of your office. It’s jump-scare central at Freddy Fazbear’s, and the success and cult status of the first game has led to the creation of a sequel in the same year.

After years of absence, Tex Murphy himself has returned in all his FMV glory. While working to unveil the last few years of his life and solve a murder case, bumbling private eye Tex Murphy stumbles on a plot involving a cult and the work of Nikola Tesla.  Puzzles are challenging, but not frustratingly so, and the classic throwback feel of the game harkens back to PC gaming’s early years while still implementing modern sensibilities. It’s funny, cheesy, and one of the most entertaining games released this year.

A Story About My Uncle (PC)

A narrative game with unique platforming, A Story About My Uncle centres on a young boy travelling to a magic world while looking for his eccentric inventor uncle. Using a grappling beam, you’ll traverse through several gorgeous and whimsical environments including floating cities, glowing caves, and shimmering ice caps. The story isn’t necessarily the deepest, but the fun, light-hearted feel of the game alone makes it worth playing.

Tell us about any other indie games you discovered in 2014 that deserve some love below!