Hand Out Truth With Doctor Popular 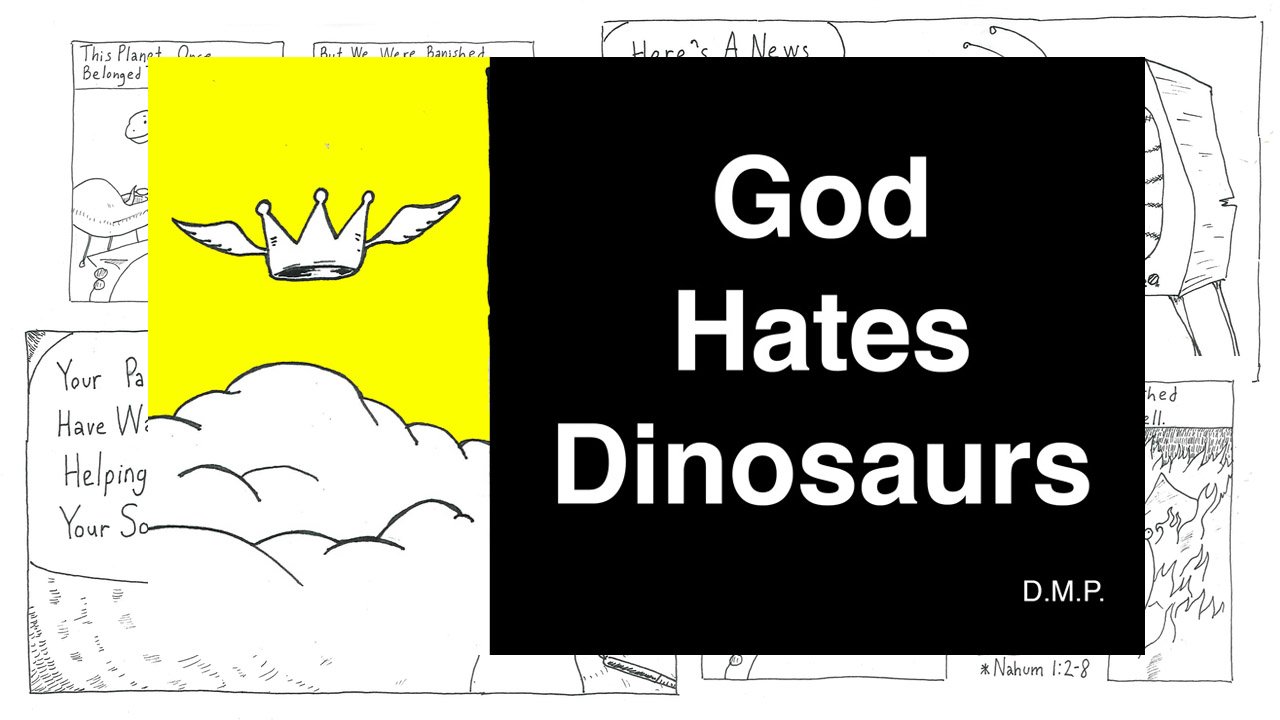 It’s happened to almost everyone. You’re sitting at a bus stop or a McDonald’s and someone gives you a tiny booklet. Inside are comic strips, and stories all about the Bible. For some, it’s a forgettable moment. The booklet gets tossed aside and most people go on with their lives. For others, it’s a chance for a theological debate over the existence of a higher power. For the San Francisco based artist Doctor Popular, it’s the chance to make people laugh.

Growing up in the Southern United States, Doctor Popular was raised Presbyterian. His parents made him go to church, but they didn’t really push religion on him much. As he grew older, he eventually found his own way and became an atheist.  He then developed a passion for art. He’s worked on a videogame, on comics, and currently, he’s drawing sketches for a magazine. He enjoys passing down information he’s learned.  But living in the south, he’s witnessed religious enthusiasts on street corners, and he’s been handed a few pamphlets.

They’re called Chick Tracts. They’re small religious comic strips with a moral message made famous by Jack Chick, who is known as “God’s Cartoonist” by some.  Chick Publications have sold around 750 million comics that have been translated in over 100 languages. They’re known for their hate filled messages telling people how they are immoral and why they’re going to hell. Doctor Popular recalls many of them having dark undertones like a group of kids playing Dungeons & Dragons go to hell for their choice in games.  He recalls others being anti Catholic or Muslim.

Those Chick Tracts planted a seed in Popular’s head. Something that he thought about for years but never really imagined working on until he was at a 24-hour comic jam. The idea for a jam is to crank out an idea in the given timeframe. For this, he wrote a satirical story of a boy who helps an atheist cross the street only to find out the pedestrian is Satan.  A super hero then saves him, and they discover that all the dinosaurs that used to roam the earth were sent to Hell.

The San Francisco native is known for his sense of humour. He once put up posters around his area looking for a lost “invisible bike” and even left a number. Whoever called it heard the classic 1980’s tune Never Gonna Give You Up by Rick Astley. This comic had the same idea in mind–it’s all in good fun. “I just wanted a book to hand back to someone,” says Popular.  So, he printed 100 copies and started handing them out. It turned into a social experiment for the artist. Normally an introvert, he was forced to step out of his comfort zone and interact with people face to face. Unlike his last public experiment, he would actually see the reactions of the people he was trolling. Normally, these books are meant to teach people how to live holy lives, so there was some confusion when readers first glanced over, but for the most part it made people smile. “It’s not trying to teach a lesson,” says Popular. “It’s trying to be funny enough for people to laugh at.”

But he wanted to reach more people. So he went to Kickstarter. He’s used the site to produce an album cartridge where you can remix music on a Gameboy before, so he knew what to expect. He admits that he’s had issues reaching mass media in the past, but he’s found that the crowd-funding site is good to get people interested through word of mouth—or in his case, text. He made a video that was different than what you’d expect, and it worked. In its first 12 hours, it reached its goal of $800. With three days left, the project has already reached 433 per cent funding. He wrote about his experiences walking around with a sign, handing out these comics, To him, it was different to be the one on the street corner handing out bits of propaganda. Many people didn’t get it, while others laughed. The reaction he received online was similar. On his Kickstarter page he posted an email he received from a 14-year-old Christian worried about his soul.  He mistook the comic as a serious incite on the workings of God. Doctor Popular responded to him the way he would to the confused people he handed the project out to before.  In short, he said it was made to make people laugh not angry.

Even though there will be those who don’t really understand his work or humour, he wants to spread the laughter past San Francisco. He wants an army of pranksters to hand them out in cities across the country and maybe even talk about their experiences while doing it.  The goal is to print 1 000 copies, but he hopes to double that if he can get more funding. The comic is already written, so the hard part is done. It’s a matter of how far he can spread his comic, and that depends on the support he receives on Kickstarter.

So next time someone hands you one of those religious Chick Tracts, don’t toss it away. There’s a chance that someone isn’t trying to save your soul. It might be God Hates Dinosaurs, and there’s a chance you might laugh, as long as you don’t take it too seriously. Maybe it can spark a conversation, and maybe you just took part of one of Doctor Popular’s social experiments.

Check out his Kickstarter.