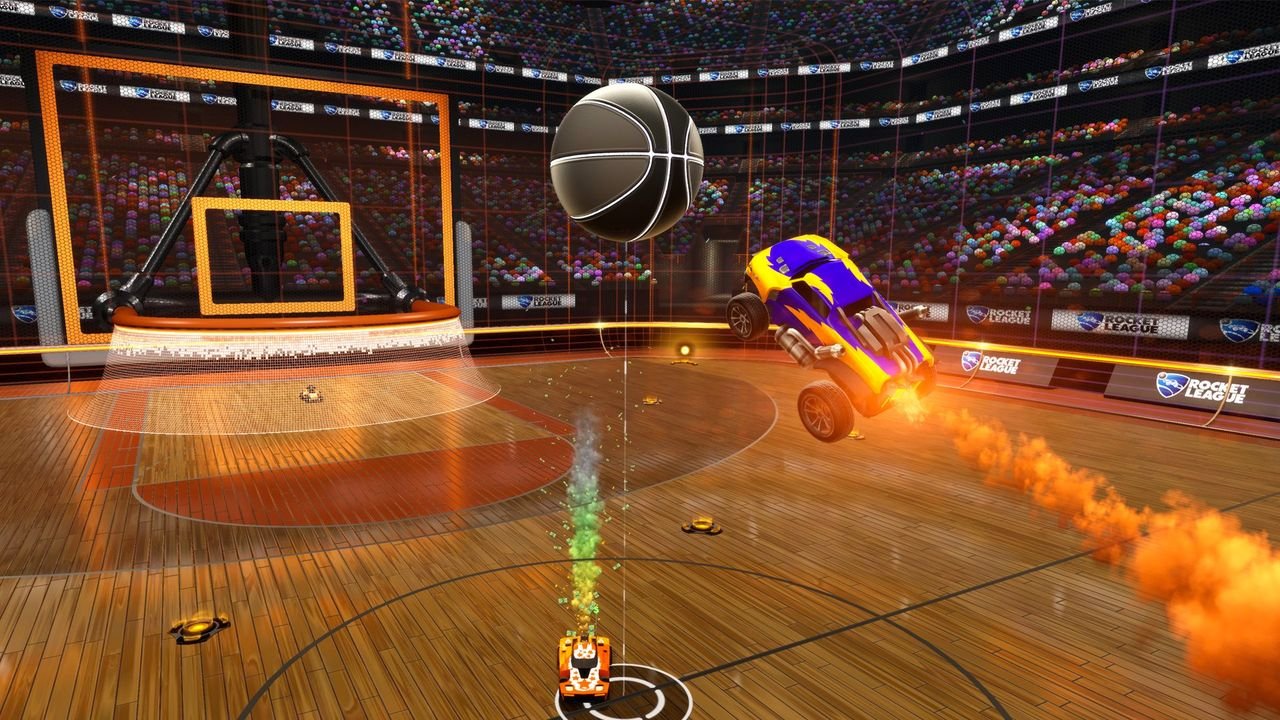 Rocket League is getting a new mode this April, called “Rocket League Hoops”. Hoops and the basketball court-themed Dunk House map will be completely free for players.

Break some axles in the Dunk House this April! #RocketLeagueHoops pic.twitter.com/VA23YUEEXM

After Rocket League developer Psyonix teased the new mode earlier this month, they confirmed its existence in an official tweet on Tuesday. Rocket League will remove the goalposts normally found in the game and put basketball hoops in their place.

March Madness is just around the corner. Great time to tease the mode we’re working on next #RocketLeagueHoops pic.twitter.com/rrlEnnFhby

The mode will pit players against each other in the Dunk House, a brand-new map for the game. Players will drive their rocket-powered cars into a massive ball in an attempt to sink it into an even bigger neon hoop. This mode looks to be a lot more airborne than the standard soccer mode, and will likely challenge players to change up their playstyles in new ways.

Rocket League is currently available on PS4, Xbox One and PC. It will also be available on OS X and Linux this year.