Have a Wild Cooking Adventure in Overcooked 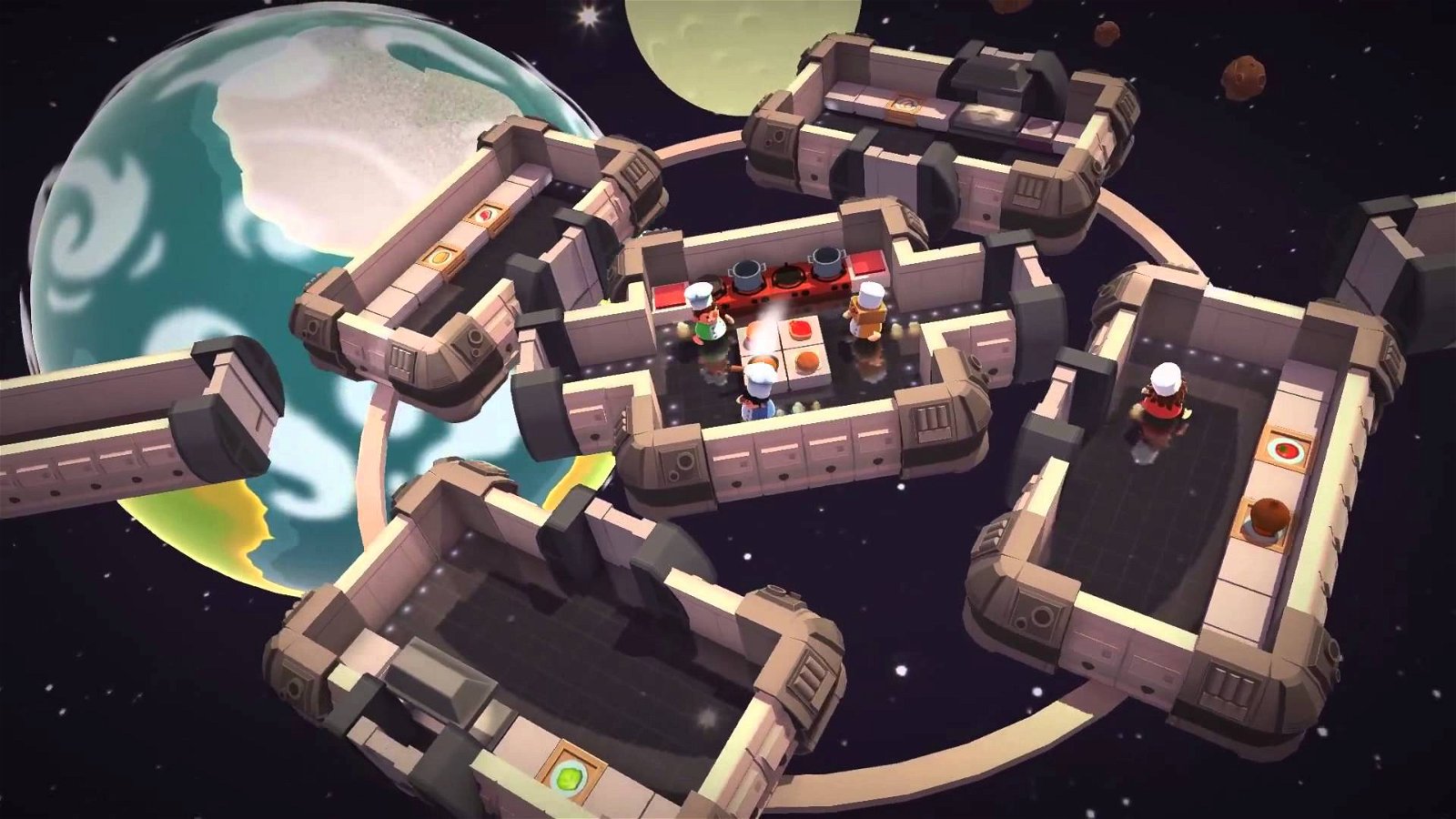 If you haven’t yet heard of Overcooked, don’t worry —  you will more than likely get an earful from friends, family, and coworkers once it releases. I can confirm the game is a blast to play, having spent some time with an early build of the game this week.

Overcooked  is a zany cooking game for between one and four players that can be played either cooperatively or competitively. The story mode has players going back in time to learn to cook better under the supervision of an onion king and his pet dog, thus preventing the pending apocalypse caused by a giant spaghetti and meatballs monster. Yes, really.

The gameplay for Overcooked is quite simple: at the top of the screen, you’ll see orders from customers, which show specifically what ingredients to use in your recipe. You’ll take those ingredients out of boxes you’ll find in the kitchen, then chop them up, cook them, plate them, and finally serve them. Each action requires a specific amount of time holding a button to finish, though you’ll have to manage your time carefully. Otherwise, you might burn the food, or worse yet, set your kitchen on fire, prompting you and your fellow chefs to grab a fire extinguisher to put out the blaze.

While the concept is simple, having to micromanage your time and cooperate with your team generates a significant challenge. Oh, as does having to deal with environmental dangers, such as your entire kitchen sliding about on a giant wooden ship or being split up the middle via frequent earthquakes. These environmental hazards mixed with the frantic cooperative gameplay in Overcooked make for a heck of a good, yet challenging, time.

When playing Overcooked with my boyfriend, our kitchen caught fire, and we found ourselves laughing, having a great time even as we failed miserably. That is how you know you have what very well may be a hit on your hands: when players have fun even when they’re losing.

One of my favorite things about Overcooked, aside from the super fun gameplay, adorable art style, and on-point music, is the fact that the game is so diverse. At the start of the game, you’re able to pick from a few different characters of varying race and gender. As you advance through the game, you’ll unlock even more characters, including a cat person and a raccoon in a wheelchair. Rarely, if ever, have I seen a game with a playable character in a wheelchair, and surely this means a lot to those who are underrepresented. Hopefully, the full game has a character in a wheelchair from the start, as I’m not sure representation should be an unlockable thing, but big props to the developers for taking the time to include such a character in the first place.

Overcooked launches in the near future, though a date hasn’t been announced at time of writing. It will be available on PC, PS4, and Xbox One, and seems like it will be a must buy for gamers who have parties, as the multiplayer is local only.