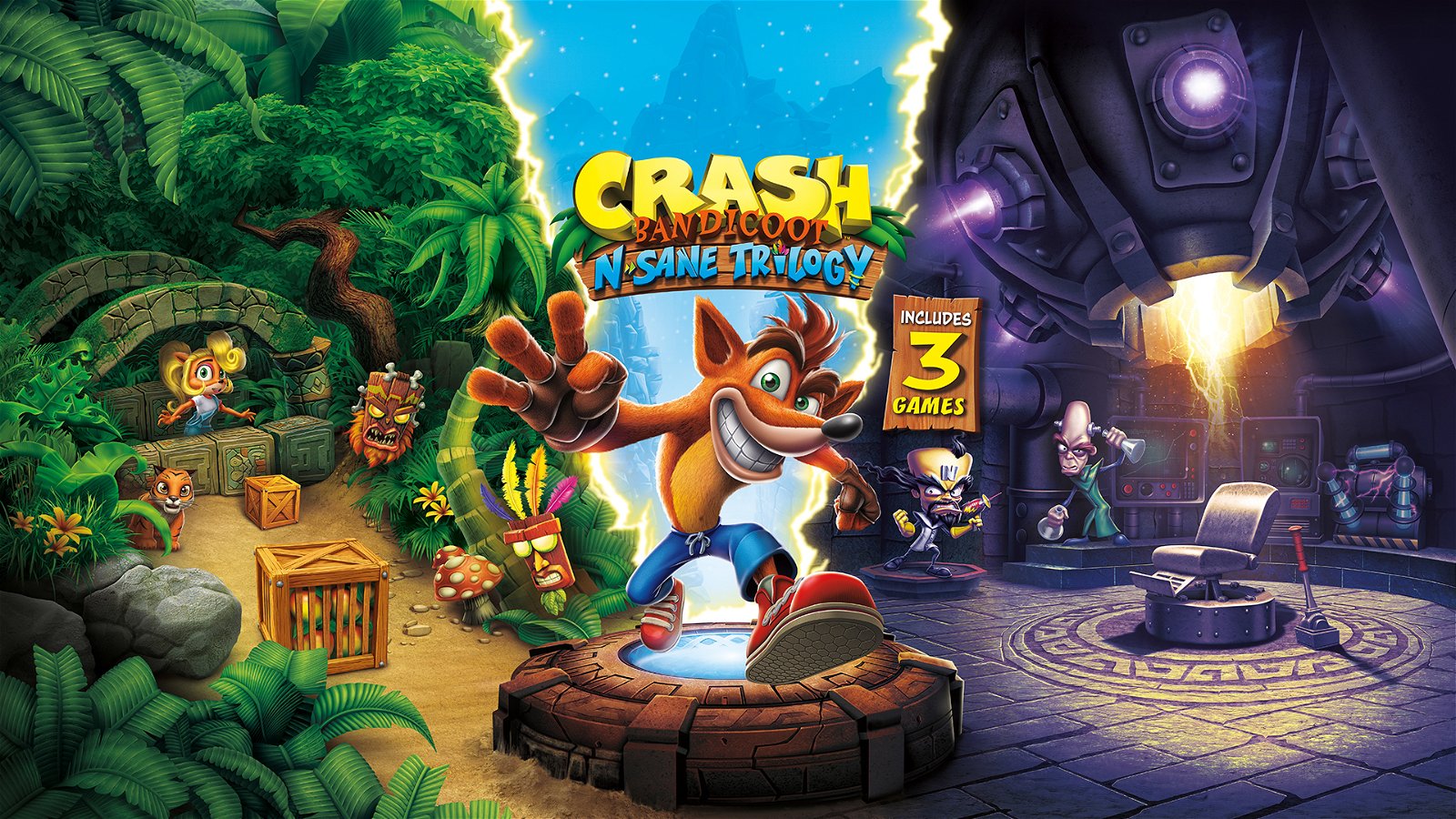 The Crash Bandicoot series is one that’s cherished by an entire generation who grew up with the original PlayStation. Starring everyone’s favourite bandicoot, players were greeted to a unique blend of 2D and 3D platforming. In many respects, it’s the series that built an entire fan base and put developer Naughty Dog on the map. While it’s not quite here yet, publisher Activision is ready to show off the Crash Bandicoot N Sane Trilogy at E3 2017, showing players a faithful recreation for purists, with a new twist for those looking for something more.

Fans of the series have developer Vicarious Visions to thank for that. They’re the developers behind several Skylanders games, so they know a thing or two about helping to bring old PlayStation icons back to relevancy.  While the Crash Bandicoot N. Sane trilogy isn’t a complete overhaul like Skylanders was for Spyro the Dragon, it’s a big deal to an entire generation of players, and they have their eyes on Vicarious Visions to see how they intend to bring back the old PlayStation mascot.

“We didn’t realize how much of a microscope [we were under] at the time,” says Dan Tanguay, Lead Game Designer on Crash Bandicoot N Sane Trilogy.

Though they quickly realized how important the property is too many, they still tried to freshen up the formula to an extent. The big news coming out of E3 2017 is that Coco is a playable character throughout all three titles. Before this, she was only used for riding missions in Crash Bandicoot Warped, but now that’s going to change.  Players will have to earn her though, Coco is unlockable after playing a certain amount of levels in the first two Crash Bandicoot titles, and in Crash Bandicoot Warped players can choose to add her in from the main game hub. In terms of gameplay, she doesn’t offer much. In fact, she plays exactly the same as Crash, but she does offer a little something different for users.  Her differences are subtle, but a lot of work went into making sure it’s authentic to the character. Players will see a whole slew of idle states showing off her tech savvy abilities, or death and post level animations that highlight her distaste for losing.

Her personality shows inside the levels as well, specifically the icescapes seen in Crash Bandicoot 2. Here, players see a character who is more sure-footed and balanced on slippery ice, whereas Crash tends to flop around and have more of an issue. Again, this doesn’t affect the gameplay, it just adds a different personality to a game that already oozes that trait.

New playable character aside, this is still the Crash Bandicoot players know and love, just with a bit of a facelift. The games have been painfully and faithfully brought back to life, right down to the unforgiving platforming sections that require precision.  The team even did their homework and left some speedrunning tricks — or exploitations depending on who you talk to — in order to maintain that classic crash feeling. Speed boosts caused by power sliding and spinning are still prevalent, and Tanguay admitted they even kept in some of the glitches speed runners have exploited for almost 20 years.

And while the authenticity of the N. Sane Trilogy is admirable, these are games that are around 20 years old, and they did need some updates. To start, the first Crash Bandicoot didn’t have analogue controls — which is kind of crazy to think about with today’s gaming landscape— but now that’s changed.  Interestingly enough, this updated control scheme really doesn’t change the feeling of the game, and in the half-hour to 45-minute demo I played, the Crash Bandicoot N. Sane Trilogy that feeling of momentum that Crash always had never really gone away. If anything, it made the original Crash Bandicoot that much better to jump back into all these years later.

According to Vicarious Visions, some of the AI were updated as well. After talking with a lot of fans, and even being lucky enough to have many Crash fans in studio, the team decided that some of the enemies had tells that were rather difficult to track. That appears to have changed now, though admittedly, off the top of my head, I can’t really think of anything that caused that much issue in the original games.

And that’s why the original Crash Bandicoot series is so beloved. Whether it’s Crash Bandicoot, Cortex Strikes Back, or Warped, there is a level of quality players should expect from these games, and Vicarious Visions seems to know the perfect crash formula. From what was shown at E3 2017, the Crash Bandicoot N. Sane Trilogy is shaping up to be a faithful facelift, recreated from the ground up that will do right by both purists, and players looking for something new. This is a remake to be excited for.