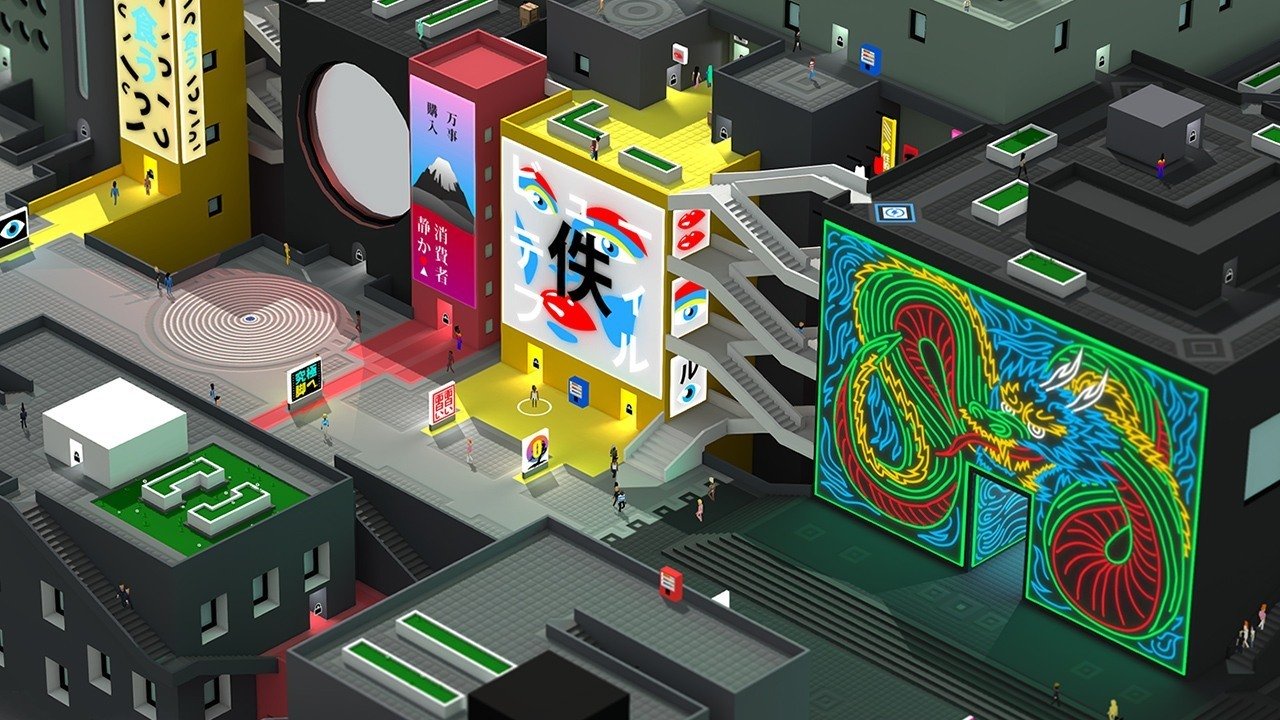 It’s tough out there, in Ye Olde Gaming Industry, for a small-time, low-key, Indie developer to get the word out on their passion project. There’s only so much that interviews, social media tags, and word-of-mouth can accomplish. Sometimes, a clever developer attempts something new in the never-ending search for good publicity. Whether or not that succeeds, or whether or not that attempt is received well, is entirely dependent on the fickle and oscillating nature of the video game community. Adding to this balancing act between brilliant and blundering is the powder keg of social media outrage that seems perpetually short-fused and ready to blow. Trying to take advantage of and subvert that trend is not an easy thing to do, and for even having the gall to attempt such a thing, I give much credit to the team behind Tokyo 42 for trying—but not quite succeeding—to pull off a marketing stunt like this.

Earlier this year, Paul Kildoff-Taylor began tweeting about Mode7 Game’s Tokyo42, and was eventually followed by a mysterious man named Mark Followill, who claimed that Tokyo42 was a blatant rip-off of his game, “originally” released for the 1987 ZX Spectrum and IBM-compatible Tokyo41. Followill continued to accuse and attack Mode7, eventually posting screenshots and even video footage of his game, to which Tokyo42 bore an obvious and inarguable resemblance. Followill even had a blog that documented his case.

Eventually, journalists and Internet detectives started digging into the story and despite some deep investigation, could not seem to come up with any proof of Tokyo41 actually existing. Further dissection revealed that while the game featured mouse control, the Spectrum didn’t actually have a mouse. Furthermore, most CGA games didn’t feature scrolling to the level that the footage indicated, amongst a few other modern touches. Followill responded to these accusations by claiming that he had “restored some of the original sound effects and music to modern standards.” However, despite pleas from journalists and interested parties, Followill refused to release a copy of his game. Not only that, but the complete lack of a paper trail, registration of any kind, and the absence of the game from any site or magazine prior to this Twitter feud led some to believe that perhaps this was just an elaborate marketing hoax.

Well, now know this to be true. A video was released today that finally revealed the joke, which was followed by a blog post from Kildoff-Taylor explaining the hoax and what they were trying to accomplish.

“We did something silly this week to mark the release of Tokyo 42 on PSN. It was a collaboration with the INSANELY awesome Bonerman. You should get his games to say thank you for being so fantastic.

I invented a developer called Mark Followilll who had a bee in his bonnet about the fact that Tokyo 42 was a clone of his “original 1987 ZX Spectrum and IBM-compatible title” Tokyo 41. Marben aka Bonerman produced the demake and we started leaking information about it.”

So here we are, wondering whether or not this marketing ploy was successful (arguable, as many, including myself, had zero idea about this “controversy” until the big reveal) and if making light of the very real issue with idea theft and fraud in the gaming industry was a smart move. On the one hand, Kildoff-Taylor’s little game is pretty concurrent with modern ARG (alternate reality game) marketing tactics. The Internet loves a mystery, and the only thing it loves more than mystery is controversy. Throwing up a un-verifiable theft claim in an industry rife with such problems is sure to stir up some heated opinions, and tacking on a 30-year-old game no one has ever heard of only fuels that fire. Then, unfortunately, the backlash happened.

“I do worry a bit about more extreme PR tactics becoming commonplace in games — it’s something I’ve written about before. I do like stunts and silliness but there is a really fine line with this stuff: people are angry with me about this even though I was extremely careful to make everything about it scream “PR STUNT”. I’m now being told that it’s a shitty joke, that I’m taking attention away from important issues in the world, that I’m a shameful liar and so on. I can’t imagine what this would have been like if I’d really pushed things.”

At the end of the day though, despite all the anger and ire directed at Kildoff-Taylor, only two things are really important here.

In regards to the first, well, you’re reading this—you now know about the existence of Tokyo42. Hell, before discovering this sordid little tale this morning, I had no real idea about Tokyo42, and I work in games’ journalism. As for the second issue, that’s a big clear and clean “no”. While some posters on the Internet are claiming that Kildoff-Taylor’s PR endeavour made light of a real problem in the industry, nobody outside of Mode7 was actually involved in this. There was no thievery, no real smack-talk, no slander, no copying. The only people hurt here are Kildoff-Taylor, in the threats and messages he’s been receiving, and anyone who thought that this Followill was real and felt a kinship and empathy towards his plight.

Whether or not Tokyo42 is a success will be based on the quality of the game itself. If we’ve learned anything in the last year, it’s that initial hype—regardless of the method behind generating it—fades really quickly if a game isn’t good. Games need legs these days, especially for Indie studios. Having said that, generating a bit of controversy mixed with mystery in an act of simply getting the name out there—as long as no one outside of the company engaging in these acts is affected—can’t hurt. If it manages to get even a few more people interested in the game, then the ploy, stunt, trick, whatever you want to call it, has done its job.