Launch Trailer Emerges for PAST CURE – Available for PC, PlayStation 4 and Xbox One

Phantom 8, a Berlin-based first-time indie developer, is delighted to deliver the launch trailer for PAST CURE, an intense cinematic, story-driven experience set to launch worldwide for PlayStation 4, Xbox One and on Steam for Windows PC on February 23rd, 2018

.Winner of multiple awards – including Best Storytelling at White Nights, Public Choice Award at Game Connection 2017, nominated for best emotional game in the Emotional Game awards, and for Best Indie Game at GamesCom 2017 – PAST CURE sees you play as Ian, a former special operations soldier unsure of his surroundings, and desperate to make sense of the last few years.

After the victim of experimentation and torture in prison, Ian’s mind has become fractured. His captors left him scarred with unrelenting nightmares, visions and new unstable and largely unexplainable powers such as time manipulation and telekinesis. Drifting between reality and hallucinogenic states, Ian must make sense of the world around him as he sets out on a path of revenge and discovery, uncertain of what awaits around the next corner.

“We’ve been delighted with the positive response to PAST CURE from gamers around the world, and we’re excited to finally see people playing what has been our passion to create for the last two years,” said Simon Gerdesmann, Phantom 8’s Managing Director. “To achieve what we have as a small, eight-person first-time development studio makes us immensely proud. And, we’re not finished yet; there’s more to come from the PAST CURE universe, as we’ll announce soon.”

A Story Driven Supernatural Thriller – PAST CURE is a cinematic, story driven experience where the player follows the struggle of a broken man searching for the missing pieces of his mind. With intense cutscenes and intriguing story items throughout the levels, the players can unravel a story that will keep them guessing until the end.

Action vs. Stealth – Be bold and engage your enemies with time bending gun battles and brutal jaw crunching combos. Or pick the stealthy approach where evasion tactics and slick stealth takedowns allow you to outsmart your enemies in silence. Choose the right approach to each situation as there are pros and cons to each playing style.

Mind Bending Abilities – Unleash the unlocked power of Ian’s mind against those who unlocked it. To truly master the PAST CURE experience, players must utilise time manipulation and astral projection to gain an edge on opponents and overcome obstacles.

Dreams vs. Reality – Ian’s mind is torn between the gritty real world and the nightmarish horror of his dreams. PAST CURE contrasts between the cold, brutal combat orientated levels of the real world, to the more puzzle solving and survival gameplay in the abstract dreamworlds. 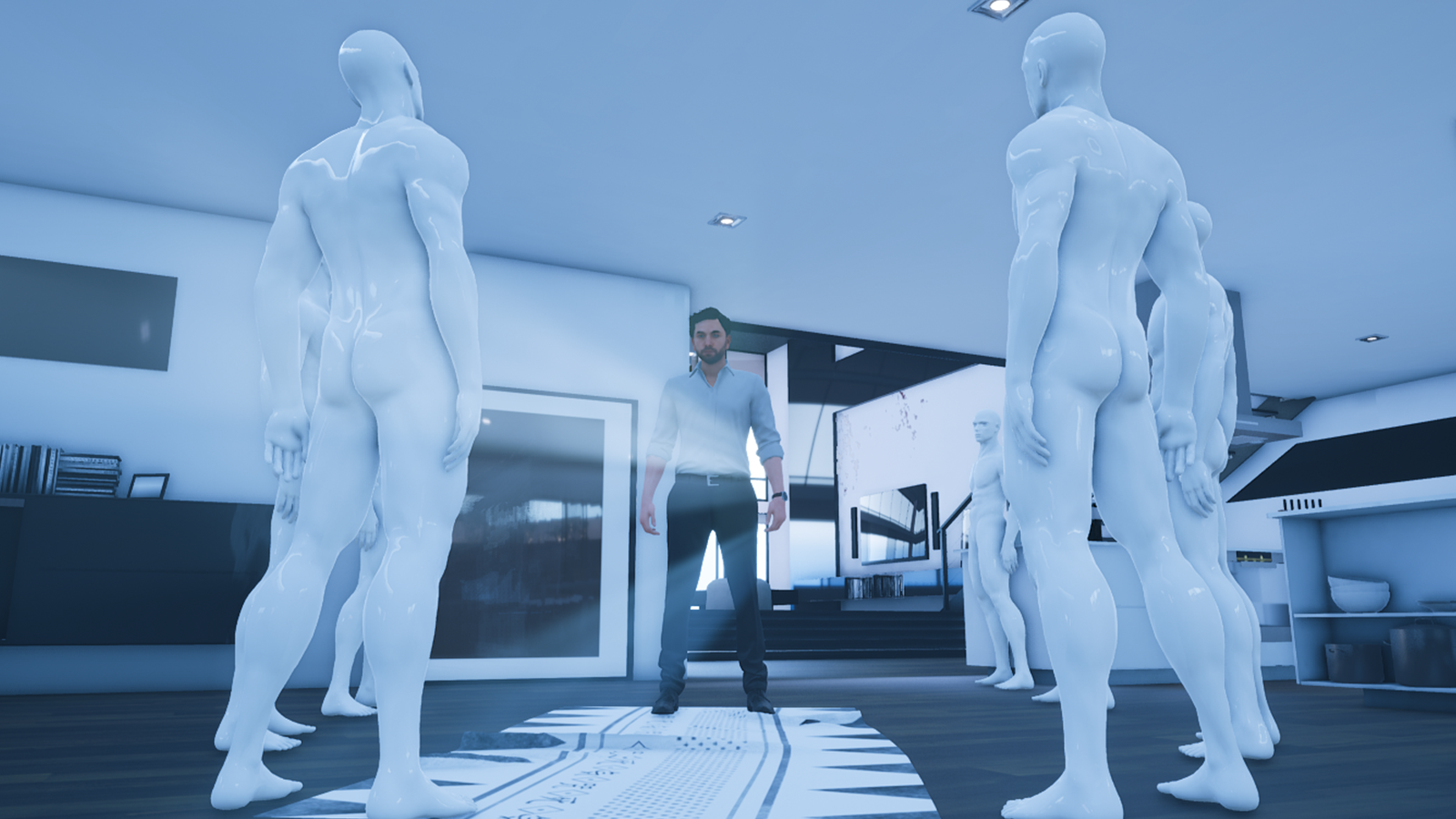 Developed by an eight-person studio, PAST CURE is Phantom 8’s debut game. It launches globally at digital and retail, echoing modern film making in its cinematic design, and redefining the quality that can be achieved with a small, but focused studio.