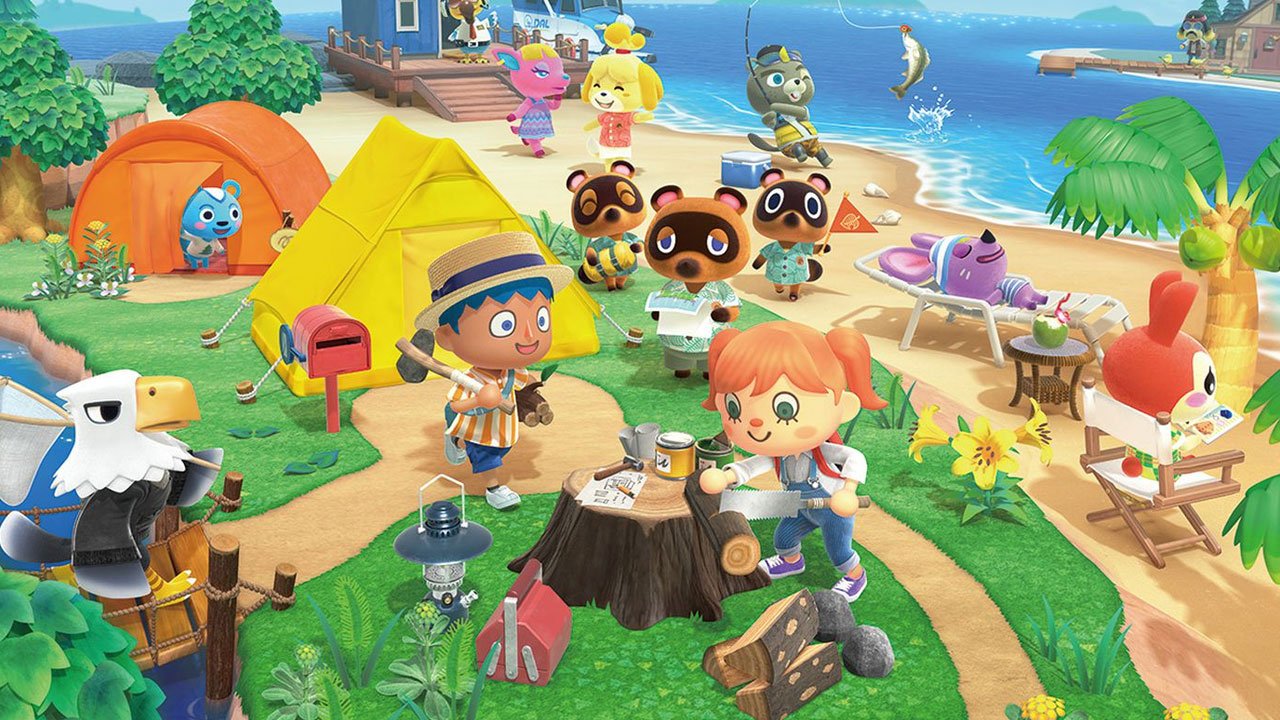 Animal Crossing: New Horizons may not have won top prize at this year’s Game Awards, but for many people it was a defining component of an extremely unusual, unsettling year. While a pandemic uprooted our daily routines, the newest installment of Nintendo’s life sim franchise offered a literal oasis of stability and sunny escapism. It’s a zen garden of a world for us to manage and shape, and a potential way to keep up with the people we can’t interact with personally.

Like many other Nintendo fans, I was already sold on New Horizons and eagerly awaiting its launch before the pandemic interrupted my own daily routine. I had put hundreds of hours into New Leaf and dabbled in all the other installments before it. When it released at the start of the pandemic, I was even more excited, thinking it would be a nice break from what I thought was a temporary circumstance.

I was right about the quality of the game and wrong about the timing. But one application arose that I wasn’t expecting: it helped me as a parent.

We’ve all heard about, if not participated in, the “Animal Crossing birthday party” phenomenon, or other such events. In lieu of physical gatherings, many people would link up in-game instead and host parties. I did something similar by playing local “Party Mode” co-op with my five-year-old daughter. She became increasingly interested in watching me play, marvelling as I caught fish or bugs, or how I talked to the various cat villagers I had invited to my island.

Around June she asked to give it a try herself. Before this, she had never shown much interest in games. She lacks the coordination for the likes of Mario—it’s an experiment in itself, watching kids learn how to operate their hands and fingers independently to run and jump at the same time—but Animal Crossing‘s lighter pace helped her ease into manipulating the controller.

When her birthday came up, it dawned on me that the game was filling in for experiences I couldn’t safely provide in this year of self-isolation, lockdown, and restrictions. We had a safely distanced party, but it couldn’t rival the sort of thing she was used to. But when I told her a special surprise was waiting for her on our island, her eyes lit up.

The birthday event is relatively simple: on your birthday, the villagers you’re friendliest with will grab you as soon as you load the game and escort you to a party at one of their houses, where you blow out the candles on a giant cake and whack a piñata. You get cupcakes to hand out to other villagers in exchange for special items, and the guests dance and sing until you leave their house. A nice gesture, but nothing earth-shattering.

And yet, she bounced on the spot when her villager friends revealed the surprise. As she went around the island distributing cupcakes, each generic message from a digital, anthropomorphized critter that I read aloud made her beam from ear to ear.

The events in Animal Crossing: New Horizons were like a missing puzzle piece to the parenting experience. We couldn’t see our family in person for birthdays or Christmas, but we could have another supplementary celebration in the funny animal town game. Our travels were limited, but to the mind of a kindergartener, there’s always something interesting to discover—bugs to catch, treasures to dredge up from the ocean floor, and random islands to explore. It even helped on rainy days when it was too miserable to go outside.

And that same “zen garden” bit of relief that the game gave me also applied to her. She was cut off from her classmates and family, but Animal Crossing gave back a little agency, a place she could control more freely, where she gets to decorate her room with a mishmash of items or dress like a kooky old lady after a thrift shopping spree.

Animal Crossing: New Horizons was, in many ways, the experience we needed this year. It may not fully substitute for real life, but it helped fill the absences in our daily lives, or our special events.