Resident Evil Village is the Best Van Helsing Game Ever Made 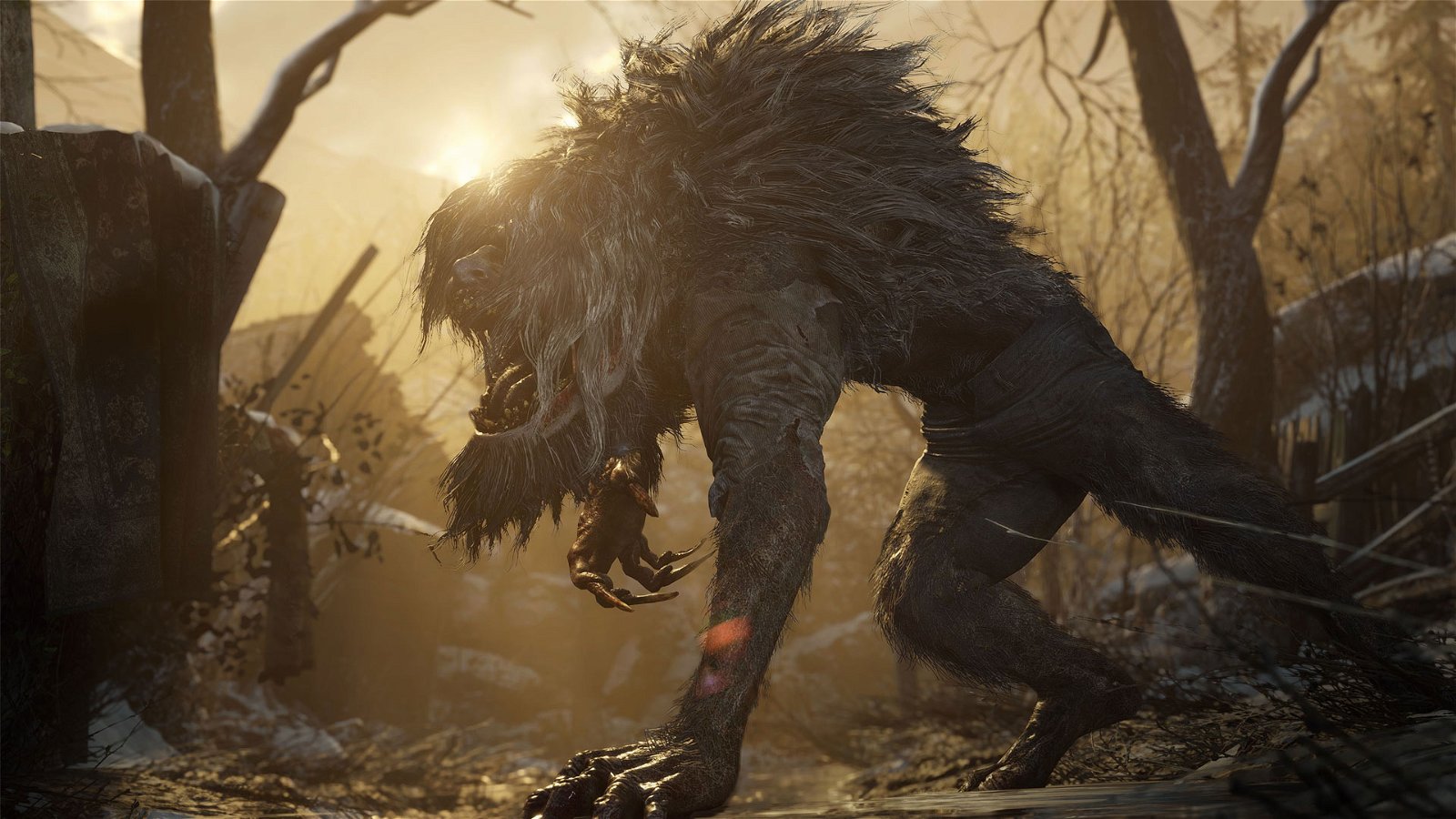 Capcom takes full advantage of these legendary characters to push the series forward in exciting ways. A few players in Resident Evil Village might have also felt like another fabled character slaying fiction’s most iconic monsters. This comes with a heightened tension, concentration and horror Capcom nails – where previous official Van Helsing games before have missed.

But I’ll say what you came for. Resident Evil Village is easily the best Van Helsing game ever made. Through Ethan, it shows players how hard and terrifying Helsing’s job can be.

The comparisons came too close between my Resident Evil Village review and Van Helsing’s recent return on Netflix. No, not the series. But the underrated 2004 action film with Hugh Jackman starring as the monster hunter. It was a younger, edgy interpretation of the character. Classic monsters and settings were given a modern action treatment. On instinct, the movie made me want to play Village after. More badly than the existing Van Helsing movie game adaptation from 2004.

But how is Resident Evil a far better Helsing game than past titles?

The problem comes from Van Helsing games putting action over horror. Resident Evil Village puts just enough of the opposite, making its monsters a formidable threat. It benefits from being a survival horror game before all else.

The game’s opening shows this best. Village takes away the “monster punching bag” effect by making one werewolf hard to kill. Imagine an army of them during that village attack. This scene from Resident Evil Village pulls Van Helsing out the depths of hack-and-slash hell. Players get the first real survival horror experience that feels closer to Bram Stoker’s 1897 vision in Dracula.

More on Stoker. Since Resident Evil VII, Capcom has put its full attention back on horror. This includes learning from the greats. Resident Evil VII paid tribute to Evil Dead and Texas Chainsaw Massacre for its Southern terror. Village does the same with Dracula and The Wolfman. Capcom clearly evoked Stoker’s Transylvania locale. It’s hard to not see the comparisons between Dracula’s castle and Dimitrescu. In fact, it’s obvious from the get-go.

Stoker lays out Helsing’s journey in detail. He’s invited to Dracula’s “hotel” in peaceful luxury – a disguise for isolation and soundproof murder. Helsing resists the Count’s teeth and helps uncover evidence of village murders. When Dracula shows his true colors, so do the castle’s secrets. Ethan goes through a similar journey when he wards off Lady Dimitrescu and her daughters. All while surviving the castle’s traps and flying ghouls.

The villagers in Dracula are stuck in an equally awkward spot. Helsing finds its villagers tired and afraid of Dracula. So much that they start to fight back. Resident Evil Village unfortunately leaves the job to Ethan. He sees a village that has failed to stake the vampire bastards 100 years ago. Players are then responsible for curing the village of lycanthropy and vampirism – one silver bullet at a time.

Resident Evil Village does the horror best. But it still shares action like similar Helsing-esque games.

The Order:1886 dabbled in Stoker’s universe. Unfortunately, studio Ready at Dawn failed to go all the way with killing vampires and werewolves. It fell into a trap of making human enemies difficult. Then sprinkling monsters on top. In gameplay and story, The Order’s lycans weren’t the main threat. The game failed to take full advantage of slaying these terrifying beasts. Here’s where Resident Evil Village puts these creatures front and center. At best, Capcom does what 1886 didn’t by staying consistent with powerful foes.

Enter 2004’s Van Helsing. Hugh Jackman’s version of the character became remembered by most on-screen. The movie was also a chance to put Stoker’s supporting character into the spotlight. It worked. But this came with a result of painting Helsing as an action hero. The problem came from Universal doing too good of a job at that. His action side would stick for years and adaptations to come. The hunter never becomes hunted by the terrifying foes he goes up against. Resident Evil Village constantly plays with this power balance across the 10-hour adventure. Notice how Ethan becomes the hunted before developing into the opposite.

The Van Helsing film also did a great job of exploiting vampires and werewolves. Both monsters carried the story. They were painted as invincible and unique. Here’s where the film reminded audiences of their weaknesses. Garlic, crosses, silver and holy water are some of the ways to fight back. Van Helsing 2004 employed these tools in his arsenal of guns. But like Village, taking down werewolves and vampires is easier said than done.

Could Van Helsing have been a great game? It was. Universal commissioned a movie game adaptation when the trend boomed. Van Helsing 2004: The Game by Saffire went all-in as a third person action adventure. This was one of the earliest games which made Helsing playable. He was also smacking werewolves, vampires and ghouls around.

It’s a radically different gameplay than Resident Evil Village without the fear factor. Instead, Van Helsing 2004 was based on another Capcom classic: Devil May Cry. Here, players felt powerful as Dante Van Helsing. They acquired ranged and melee weapons for stylish combat. But the game focused too much on action. It was just missing Stoker’s creepy gothic atmosphere and threatening nature. 17 years later, Capcom would address this in Resident Evil Village. It even takes some notes from the 2004 movie. Village players watching Van Helsing can draw plenty of similarities with locations. Both share the same action set pieces. The village and castle are used to every degree.

Here’s where Resident Evil Village benefits from Capcom’s experience with monsters. Their Monster Hunter franchise is no stranger to creating a variety of unique creatures. Yes, every boss in RE Village is big with special weaknesses. But I turn my attention to Capcom’s talent for enemy design. Its designers have clearly done research from classic sources to make Village’s monsters special. Lycans are painted as semi-intelligent animals. Fast. Agile. They also infect villagers with a bite to spread the curse. In combat, lycans prefer to strike in packs. Bigger types like the Varcolac maul players in broad daylight. Even for an experienced zombie killer, Village’s werewolves are an absolute nightmare fuel.

Resident Evil’s vampires are pretty, pale and go straight for the jugular. Their wealth is measured with Gothic dresses and manners. The opposite is said for their bloodlust. In a nod from Van Helsing, the Dimitrescus also see blood as aged wine. But Capcom sticks to source material when fighting vampires. They’re weak to sunlight – something players use during boss fights with each daughter. It’s an incredibly cool mechanic to see in combat – and ties perfectly with a Van Helsing-esque horror game. As for the castle’s maidens (ghouls?) They’re also tied into the story as blood-drained servants Ethan encounters in the dungeons.

Village keeps it grounded by sticking to the big three (werewolf, vampire, ghoul). I say this with an attention to Village’s pacing. Each monster is evenly divided across levels. Players missing lycans will find themselves regretting it later on. The same goes for Village’s vampires. There’s just enough pacing to make Lady Dimitrescu a looming threat on harder modes. Her vampire daughters are also evenly spread across the castle. Don’t even count the comparisons with Dracula and his three brides. Through progression, players feel more like Van Helsing as they become equipped to deal with each threat. Players simply get lost in becoming the ultimate monster slayer.

The monster’s weaknesses are weaponized. Unbeknownst to most Village players, they’re actually using silver bullets. It’s also why guns work against vampires and werewolves in Village. Examining the Handgun Ammo reveals the Silver Wolf brand and slogan to justify its anti-werewolf effectiveness. The powerful one-shot Wolfsbane revolver also takes notes from the Van Helsing movie. For vampires, the unlockable S.T.A.K.E. pistol is a clear nod to Helsing’s weapon of choice in Dracula. The aforementioned sunlight weakness ties Village’s vampires closer to Stoker’s version.

Resident Evil Village simply gives players a definitive way of slaying vampires and werewolves. The game’s first half is iconic for setting players on the same road as Van Helsing. Players hit the ground running across the werewolf infested village. Only to find themselves surrounded by a near-faithful recreation of Dracula’s castle (without him of course). There’s plenty of Halloween spooks from enemies, actively hunting players like real threats. Capcom’s version of Transylvania ties the entire Helsing universe together.

Make no mis-stake. Resident Evil Village is Van Helsing done right. The game is scary enough to set itself apart from most game adaptations to date. Capcom ignores the action hero baggage left by the 2004 Van Helsing movie, which made the monster killing experience more fun than scary.