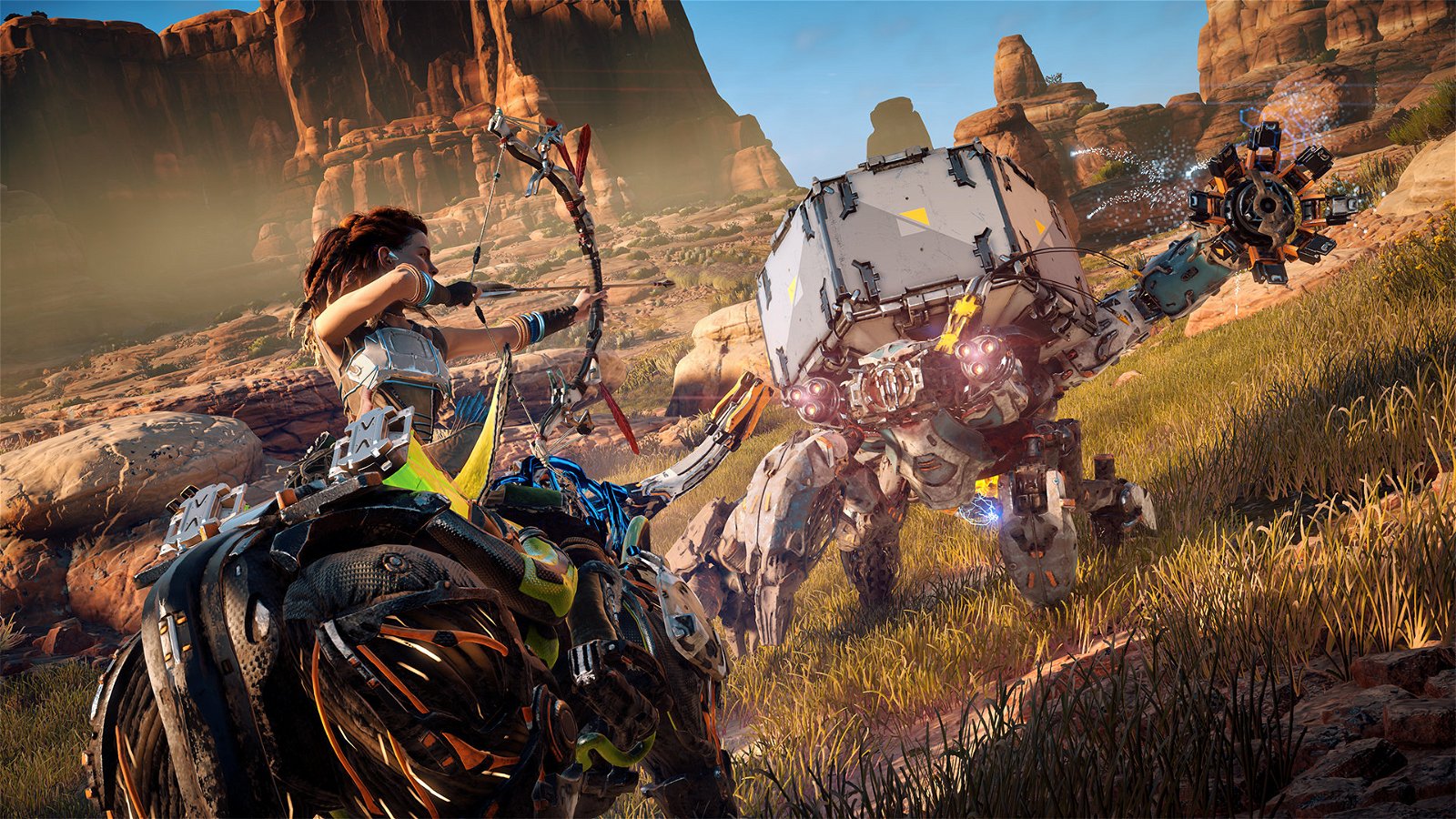 The PlayStation 4 entered this generation with a bang, and has continued to grow in both consoles sold and amazing exclusives. For those of you who are wondering what the best of the best was this year, and need a little bit of help narrowing down such a giant list, fear not. CGMagazine’s Associate Editor, Brendan Quinn, is here to help with our handy-dandy guide to the most awesome PlayStation 4 games to keep the Sony nut on your gift list occupied for days.

Horizon: Zero Dawn is the latest and greatest offering from Guerrilla Games, the studio most famous for the up-and-down Killzone franchise. Players jump into the shoes of a post-apocalyptic, red-headed heroine named Aloy as she battles her way through aggressive tribes of rebels and robot dinosaurs.

Why They’ll Love It: Did you not read the last two words of the description? Robot. Dinosaurs. If that’s not enough to sell you, the game also features the most ridiculously gorgeous visuals on a console game, surprisingly deep gameplay mechanics, and a thrilling story that will keep you engaged until the big reveal. Add to that the recently released and awesome DLC, The Frozen Wilds, and it would be a huge mistake to miss this incredible game.

Find out more about Horizon: Zero Dawn here and here.

This is a game built from the ground up to appease fans of incredibly technical, difficult, and deep gameplay mechanics who also may have an interest in Japanese mythology and the Edo Period. It doesn’t really matter that the story is serviceable, as players will spend most of their time perfecting combos and developing the perfect character build.

Why They’ll Love It: If you’ve ever wished for a game that took Dark Souls, mixed it with the frenetic and fast-paced gameplay of Ninja Gaiden, and added a splash of Tenchu, this is for you. With various video options to appease everyone, whether you like fast frame rates or glossy visuals. It’s easily the best combat system of any game this year, Nioh is the perfect game. Punishingly difficult and infinitely satisfying, this is a journey that will keep you coming back for more.

Find out more about Nioh here.

A game not for the easily amused with a short attention span, NieR: Automata is crazy genre mashup with some deep and nuanced themes. Players take on the role of 2B, a female android in a ruined Earth trying to help moon-based humans reclaim the planet. But it’s also so much more. NieR has arguably some of the best female characters in the industry, a conscious decision on behalf of Yoko Taro, the game’s director.

Why They’ll Love It: Reviewers wax endlessly about whether or not games can be considered “art,” but Nier: Automata is one game that emboldens that argument in ways that other games fail. In an industry rife with shallow characters, poor representation of females, and cliché themes, NieR offers a deep and brilliant examination of what it means to be human and the definition of consciousness, combined with gorgeous visuals and fun, fast-paced gameplay.

A spin-off title that released as basically a full game, Lost Legacy is the latest entry in the famous and storied Uncharted series, and also the first one to feature main cast members that aren’t named Nathan or Sully.

Why They’ll Love It: Many players felt a bit fatigued and let down by Uncharted 4, which, while undoubtedly a gorgeous game with fantastic voice acting and story was…kind of boring. Lost Legacy is the breath of fresh air the series needed. A sweet new open world, two awesome female leads with great chemistry, and a stronger focus on gameplay instead of walk-and-talk segments make Lost Legacy the best Uncharted game in years.

The latest in the long-running Persona series turned out to be one of the best. Offering endless hours of gameplay, a story full of twists and turns, and enough fun-grinding mechanics to keep you occupied for days, Persona 5 was received with open arms by critics and fans alike.

Why They’ll Love It: Simple but gorgeous dungeons, addictive gameplay, and the ability to build and maintain relationships in a virtual high school simulation. This is basically every JRPG fans perfect game, but the series has such a strong following already that chances are if the person you’re shopping for is into that kind of thing, this game is a no brainer.

Find out more about Persona 5 here.