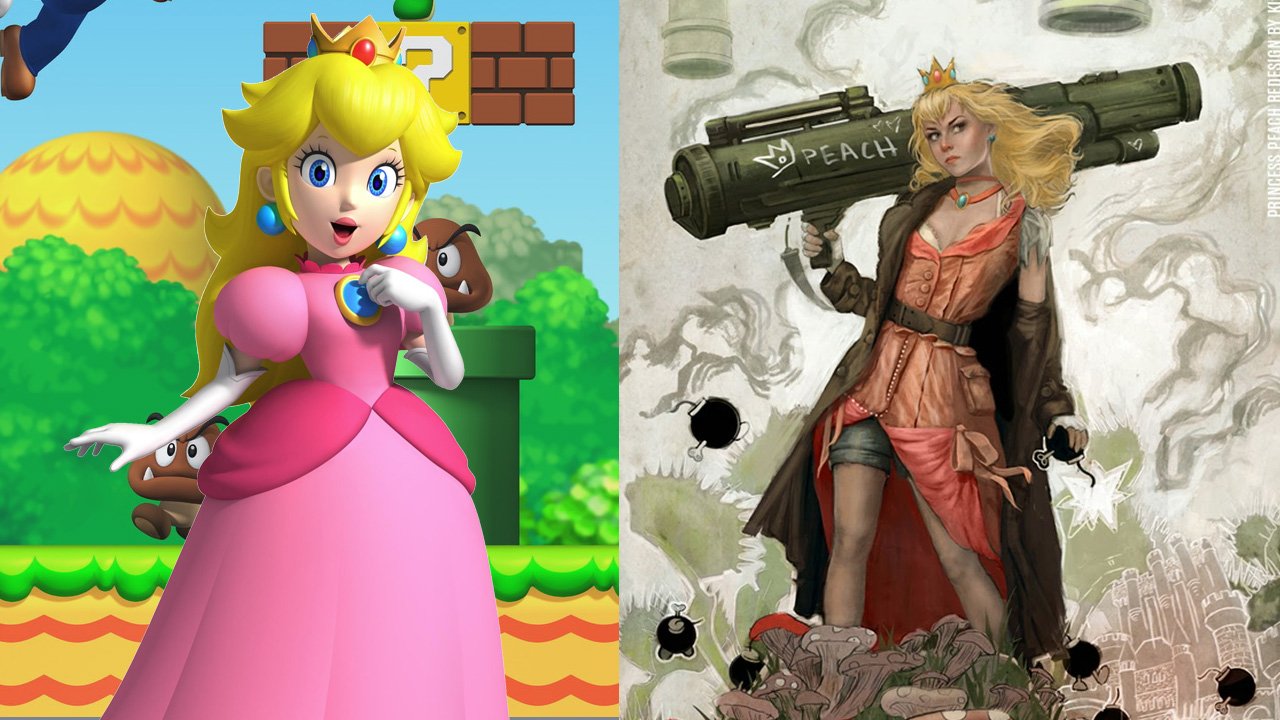 Fantasy art collective Muddy Colors posted a number of redesigned female characters from comics, video games and television shows to kick off a series of columns based on the need for women’s voices to be heard when it comes to character design.

The first post titled “What Women Want… In Women Characters” by Lauren Panepinto, says “creators need to take women into account when they portray women.”

The artists who participated in redesigning some of the most scantily clad and agency-lacking women are all professional artists who belong to the Women in Fantasy Illustration Facebook group. Panepinto says since there are hundreds of women in the group and while she would love to include each artist’s specific experiences, to do so would be impossible. She’s chosen adaptations in a general way and is confident the issues the images deal with are ones most women have experienced.

With each redesign, it’s interesting to see the artist’s individuality shine through. Many of the redesigns focus on the unrealistic armour that many of these fictional ladies must endure. Melissa Gay’s Red Sonja still pays homage to the silver scale mail bikini, but she says “there is no reason a stone cold badass has to be stone cold.” Gay also delved into Red Sonja’s history and used those elements to redesign her clothing.

Other characters like DC’s Power Girl and Star Trek: Voyager’s Seven of Nine were given some much needed support. “I imagine there’s nothing more embarrassing than hitting yourself in the face with your own chest while fighting crime,” reads Tora Stark’s caption for her redesign of Power Girl.

Other redesigns focus on giving these women agency. Green Lantern character Star Sapphire’s redesign by Anne Garavaglia is a great example: “I can pilot an F-18 Hornet. I’m wearing the damn miniskirt.”

Kirbi Fagan’s Princess Peach redesign is perhaps the most divergent and the level of detail in the background and outfit shows how important detail in a character’s narrative (and in general, really) is. The caption underneath the image of this badass, trench coat-wearing, weapon-wielding Peach reads, “Who needs saving now, Mario?” Man, I’d love to blast some turnip-shaped rockets into Bowser’s face from the shoes of Peach.

Belinda Morris’ Scarlet Witch (the Avengers) is another that shows some stark contrast and reaches for a deeper narrative. Morris looked to Scarlet Witch’s origins and history and “wanted her costume to reconnect with that.”

To add another level to that narrative, on her web site, Morris posted an in-depth step-by-step visual description of her process in coming up with the idea and creating the final painting. Unfortunately, her reason for doing so, as she mentions in her blog on the subject, was in response to comments that got “a bit nasty.” She felt she had to prove she actually did do her research when creating her piece.

While the “What Women Want… In Women Characters” column is a really interesting and individual response from artists who feel many female characters in “geek culture” are “depictions unwelcoming to women,” it’s unfortunate that there is still an ongoing feeling that these women need to prove the worth of their work.

Not to say that no one should ever need to defend their work. But there is still a defensive tone surrounding many of these pieces responding to unfair, exclusive representation of women that makes it easier for people to respond argumentatively. This project is interesting, different, fun and makes a clear statement without the need to say: “To the alarmists I say this. Women are not trying to ‘ruin your fun’” or talking down to your male readers by telling them what their “most important take away” is (font in bold: Including a woman’s point of view does not replace or invalidate the male point of view), or responding to negative criticisms with “So enough with the mansplaining, please.”

The pot is boiling. And in order to cool it down, the people speaking out against unfair representation in these industries need to do so in an inclusive, non-accusatory way as well.