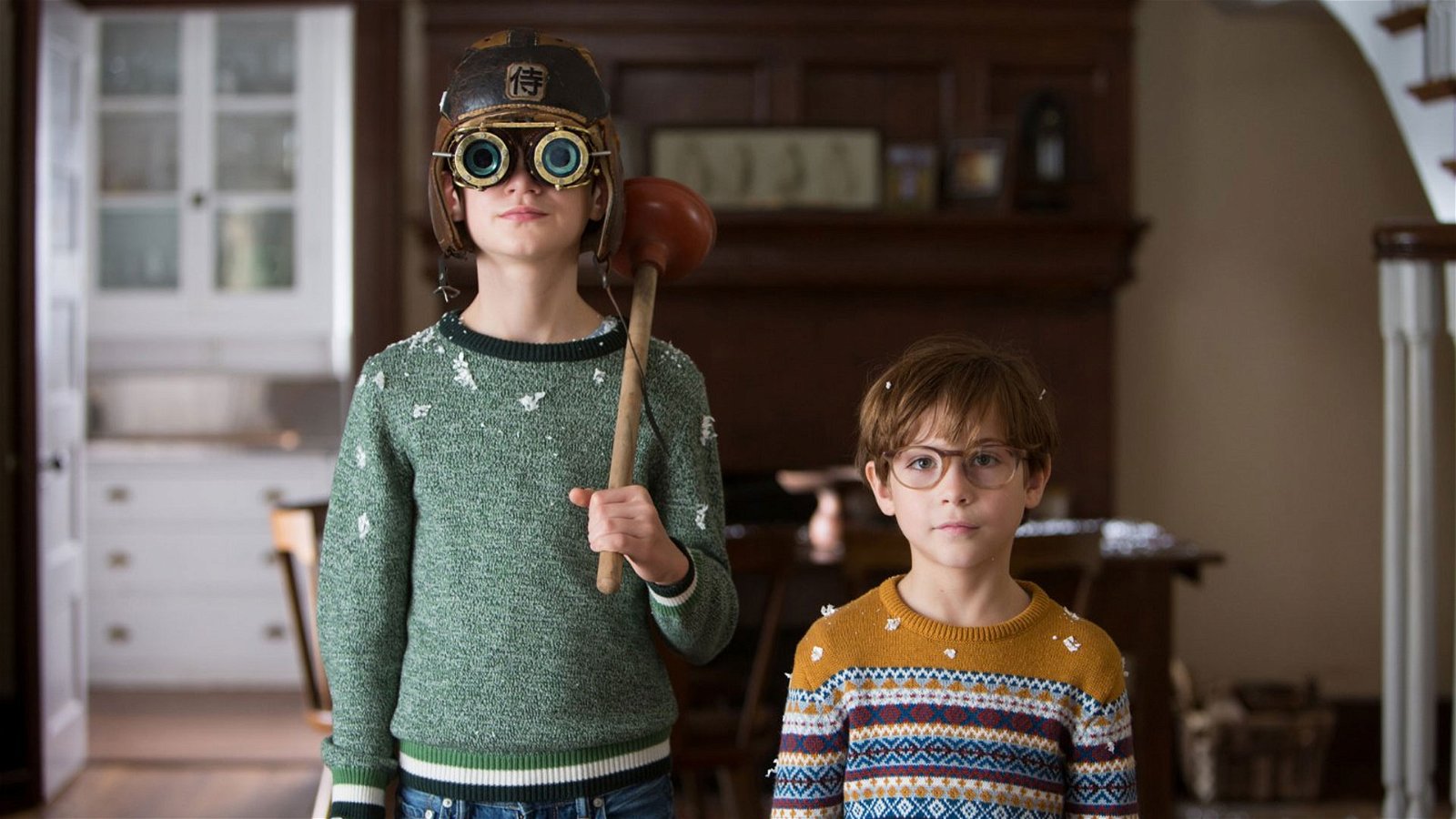 All right my fellow nerds. This week I’m skipping the usual film review to take a different approach to this week’s big release. The film is The Book of Henry, and it is absolutely insane—in good ways and bad. It’s not really a genre film, but kind of becomes one. However, it is certainly a project of interest for those who love genre flicks, as it is the latest film from Colin Trevorrow—a man whose follow-up project will be Star Wars Episode IX.  Given that The Book of Henry was the film that Trevorrow made between the wild box office success of Jurassic World and his blockbuster set in a galaxy far far away, it’s safe to say that this was a passion project that he made without studio interference. Indeed, it’s hard to imagine that anyone at Universal Studios considered this thing to be particularly commercial, but they made enough off of Jurassic World to accept the loss and while Trevorrow didn’t exactly use that opportunity to create a masterpiece, he did commit to something so insane that it gives me as much hope for his Star Wars movie as concern.

Now I’m going to lay out the basic plot of The Book of Henry and there will be spoilers. That’s just necessary. You’ve been warned. No complaining if you read further.

The film follows Henry (Jaeden Lieberher, Midnight Special), a precocious and super intelligent 11-year-old. He’s the kind of kid who can have an accurate discussion about brain surgery with a specialist as well as control his family’s finances and make them a fortune. He essentially runs the home for his loving mother (Naomi Watts) and adorable goofball brother (Jacob Tremblay). He’s also convinced that he’s uncovered that the girl next door (Maddie Ziegler) is being abused by her stepfather (Dean Norris), yet can’t do anything about it because that guy is the small town’s Chief of Police. So far, so magic kid family fable.

Then things get weird.

About halfway through the movie, it’s discovered that Henry has a brain tumour and almost as soon as that happens, he dies. But he leaves behind a book and recordings for his mother. They are instructions for how to murder that crazy stepfather and get away with it.  Here’s where things get even crazier: Watts decides to follow them. Yep, in the back half, The Book of Henry becomes the story of a son encouraging his mother to commit righteous murder from beyond the grave. I guess that makes this a thriller, but I honestly have no idea.

This is one absolutely insane movie. It’s impossible to pin down in genre terms. It often verges deep into the bad taste category and barely recovers. It plays like a modern family fairy tale, yet one that’s as dark as anything the Brothers Grimm ever dreamed up. At times it’s corny. At times it’s frightening. At times it’s funny. At times it’s good. At times it’s bad. I honestly have no idea whether this thing works and I’m inclined to think that it doesn’t. However, I will say that I was glued to the screen throughout the entirety of the film just trying to figure out what the hell Colin Trevorrow was attempting to accomplish and I have found it damn near impossible to stop thinking about the flick ever since. You can’t say that about all movies, especially studio summer releases.

Now, the reviews have been rough for this one so far. That’s probably fair. It’s also likely that The Book of Henry will bomb at the box office. Also fair. However, even before the flick has come out there have been panicky social media posts and articles written about how this will affect Colin Trevorrow’s final chapter in the new Star Wars trilogy. These are views I consider to be a bit shortsighted and unfair. Yes, The Book of Henry is a mess. Yes, it’s not Trevorrow’s best film. But it does show that this guy is a fearless storyteller. This flick took huge risks, even if they didn’t pay off. He was willing to mix genres, defy expectations, and attempt something unconventional. He also showed that his film craft remains strong and he knows how to work well with actors (seriously, the fact that Naomi Watts could make this role feel like a credible human being is almost as impressive as when she does similar tricks for David Lynch scripts). This actually gives me hope.

Jurassic World already proved that Colin Trevorrow can work within a popular brand, treat it with a mixture of irreverence and respect, and deliver sweeping crowd-pleasing spectacle. That’s necessary for Star Wars. No question. His debut feature Safety Not Guaranteed showed his sense of humour, character, and willingness to find humanity in fantasy and vice versa. That’s also necessary for Star Wars. The Book of Henry, on the other hand, shows that this guy is willing to take wild risks as a filmmaker, even with a studio budget and pressures holding him back. Sure, he fell on his face this time, but that’s often what happens when filmmakers get bold. It doesn’t always work out. At least after the pure commercial safety that defined Jurassic World, The Book of Henry proves that Colin Trevorrow hasn’t gotten complacent. If anything, it made him more daring. He just went too far this time.

Now, obviously, if Colin Trevorrow took these types of crazy gambles on Star Wars, that’d be bad. I mean, this guy is in charge of the third act of this new trilogy. He could ruin everything that came before him in Star Wars: The Force Awakens and Star Wars: The Last Jedi. However, in order for that trilogy capper to avoid the “predictable third act” syndrome that made Star Wars: Return Of The Jedi the weakest entry in the holy trilogy, Episode IX needs someone bold and unafraid of risk. He’ll have Kathleen Kennedy and her entire Star Wars team around him for support (and given the infamous number of reshoots on Star Wars: Rogue One, it’s clear that they won’t let a Star Wars project spiral out of control). He also has tremendous respect for Star Wars and surely won’t spoil that with a weird murderin’ mamma tale. The Book of Henry proves that this guy is willing to be unconventional and buck the norm in the same way that Jurassic World proved that he knows how to deliver a global crowd pleaser. It’s the combination of those two motivations that his Star Wars movie needs.

I’ll happily eat my words on this matter if Trevorrow’s Star Wars flick fails spectacularly, but for now, I’m not willing to jump to conclusions like the rest of the Internet. The Book of Henry might be a failure, but it’s a failure in a weird way that gives me more hope for the director’s ability to handle Star Wars: Episode IX than the complacent brand loyalty of Jurassic World. For better or worse, this guy is clearly a ballsier filmmaker than I anticipated and that is exactly what a mass produced fantasy like Star Wars needs in their leaders. Fingers crossed. Let’s hope this guy wasn’t an unfortunate choice.