The New Update is Almost Here! 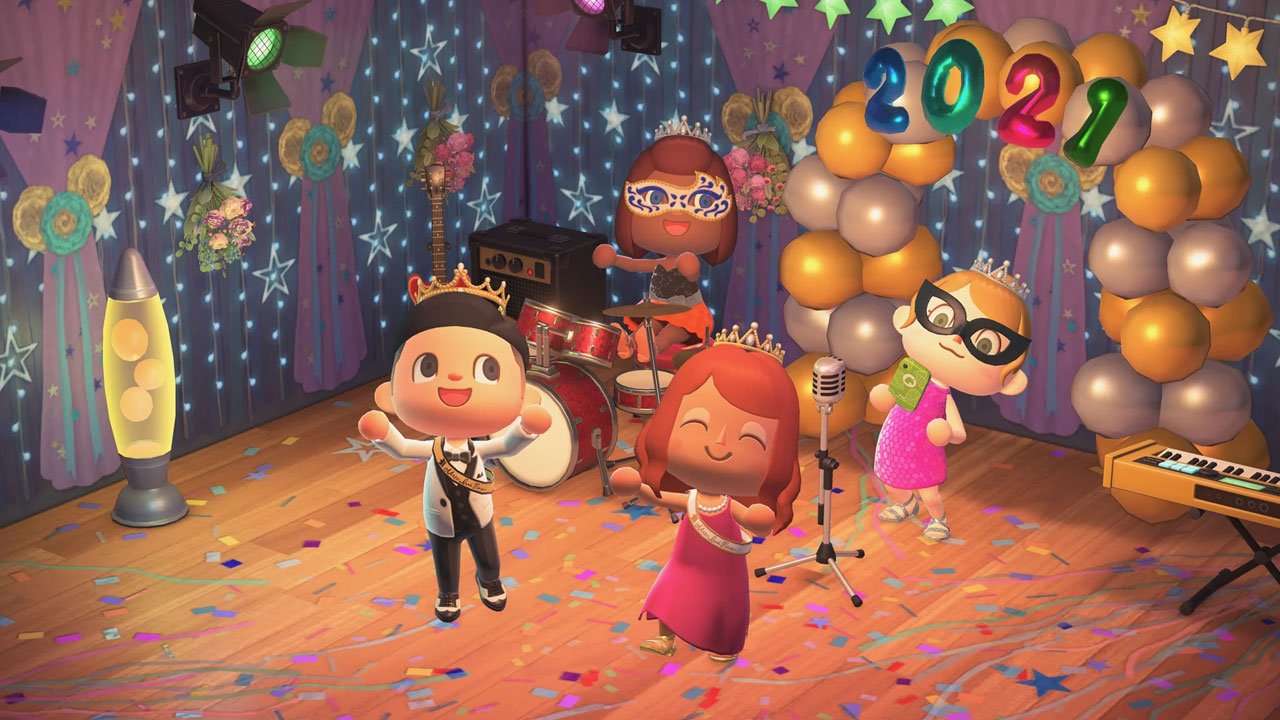 Nintendo will reveal the next big update for Animal Crossing: New Horizons this week. What changes are coming and will they keep us engaged with the phenomenon?

The first Animal Crossing game launched in Japan in 2001, and despite appearing in some form on every Nintendo platform since, it’s never been bigger than now. Or at least, as big as it was last year, when New Horizons arrived a couple of weeks into the pandemic and offered millions of people both a charming diversion and a way to interact with distant friends.

Though the wind hasn’t quite left its sails yet, the Switch’s second-bestselling title has gone quiet over the last few months. That will change this week when Nintendo walks us through its big update, coming sometime in November, which will at least bring Brewster and his café to our islands. What other things would keep us invested in our islands for another eighteen months, though?

Before we begin, it’s worth pointing out that periodic content infusions are a new element for the series. Before New Leaf on the 3DS, once an Animal Crossing game came out, you had all the content you were ever going to get—seasonal updates weren’t patched in regularly, nor new items. Even New Leaf got limited updates, mostly just the (massive) Welcome Amiibo patch. So in a way, it’s nice just to have small updates to seasonal events.

New Horizons is a new paradigm for Nintendo and the franchise—between bringing millions of new players to the franchise, including non-gamers, and releasing it in an era where we half-expect most games to steadily drip new content to us. It seems like some people assumed it would follow the live-service model, when Nintendo may have had very different intentions.

Also, Animal Crossing is a game that needs to keep us back somewhat. It thrives on being played in short instalments every day, unlike most other genres, where you have a strong incentive to push on. I’ve seen a lot of fan demand threads, and some things requested would totally break its balancing. The game wants to keep us visiting daily for 10-60 minutes—it’s part of the fun of the formula.

First up—crafting is a perfect addition to Animal Crossing: New Horizons in theory. In execution, it can be a somewhat tedious affair. The crafting menu is minimal, and you can only work with the goods in your pockets. Allowing villagers to craft items using whatever’s in their inventories without shuffling between menus would be an excellent quality-of-life improvement—only from the comfort of their own homes, of course.

Amiibo have featured prominently in Animal Crossing since the New Leaf: Welcome Amiibo update. Both figures and cards have been used in both main games ever since, as well as the spin-offs Amiibo Festival and Happy Home Designer. Even New Horizons utilizes them in a limited capacity, where you can scan a villager’s card to bring them to your island, or an NPC’s code to bring them to photo studio, which also unlocks their poster.

And that’s about it. There were special villagers in New Leaf based on Splatoon and The Legend of Zelda, if you scanned their respective figures, and I still miss having both Wolf Link and Ganon as neighbours. It was like the perfect sitcom premise. The infrastructure for handling these little cards and statues is already there. With just a little more support, it could become a pretty interesting feature, and justify the tiny plastic hoards sitting in some fans’ homes.

To be fair, one problem with using Amiibo is that half of the NPCs featured on the actual statues just aren’t in the game, or appear in very minor ways. Animal Crossing: New Horizon hasn’t brought the majority of the series’ expansive cast to our islands. What’s more, the familiar faces we do get have become a little stale. The travelling merchants have very limited inventories, and how many times can Gulliver wash up on our shores?

Adding these characters to the rotation would help keep things fresh, but it has to have a purpose. Shoehorning Rover into the May Day event, for instance, is virtually meaningless to the millions of players who are playing their first Animal Crossing. Cyrus and Reese appear in a month-long wedding celebration, but they’d be the perfect people to use in expanding the furniture customization system.

The existing NPCs could do more, especially poor Isabelle. But this also ties into our next point…

Animal Crossing: New Leaf had a pretty staggering amount of text—especially by some estimations—but by comparison, New Horizons is more stale. Villagers fall into a number of preset personality types, like jock, posh, or
“big sister.” It’s why both Punchy and Bizkit tell me about talking to the bugs that live in their house. They also have preferred hobbies, hence all the times I see Kabuki singing around my island, or why Maddie’s decor looks like a playground.

But the interactions are extremely limited, even with these variables. They only have so many lines of dialogue, especially if you have multiples of the same personality type. Occasionally splicing a couple of new lines of text to each type would add variety without being an exhaustive effort for the developers. So would expanding the different interactions, like random games of hide-and-seek.

The same goes for NPCs around your town. Isabelle can normally only be interacted with if you need some mostly obscure functions, and the vendors have nothing much to say as they show you the same minimal inventories, while we’re used to seeing their functions slowly shift as their stores grow.

Last fall, Nintendo added the ability to grow pumpkins as part of the Halloween and Thanksgiving events. Datamines suggested that other varieties of vegetables would be included as well, but there’s been no sign of anything else since.

Animal Crossing is something unique in the “cozy” genre, but its closest competition—the likes of Stardew Valley and Harvest Moon—have farming elements that would be a perfect addition to island life. Better yet, the crops you grow could be used in a cooking system, not unlike the current crafting system. The same basic philosophy could apply: get a recipe, gather the ingredients, and voilà. The groundwork is there already, figuratively and literally.

At the end of the day, these are just humble suggestions, but they would certainly take some daily tedium out of the equation. The foundation of New Horizons is fantastic, and if it only had the content variety of New Leaf, it could be the perfect Animal Crossing.

Regardless, we’ll see what Nintendo has in the hopper this Thursday. Stay tuned to CGM for updates this week!