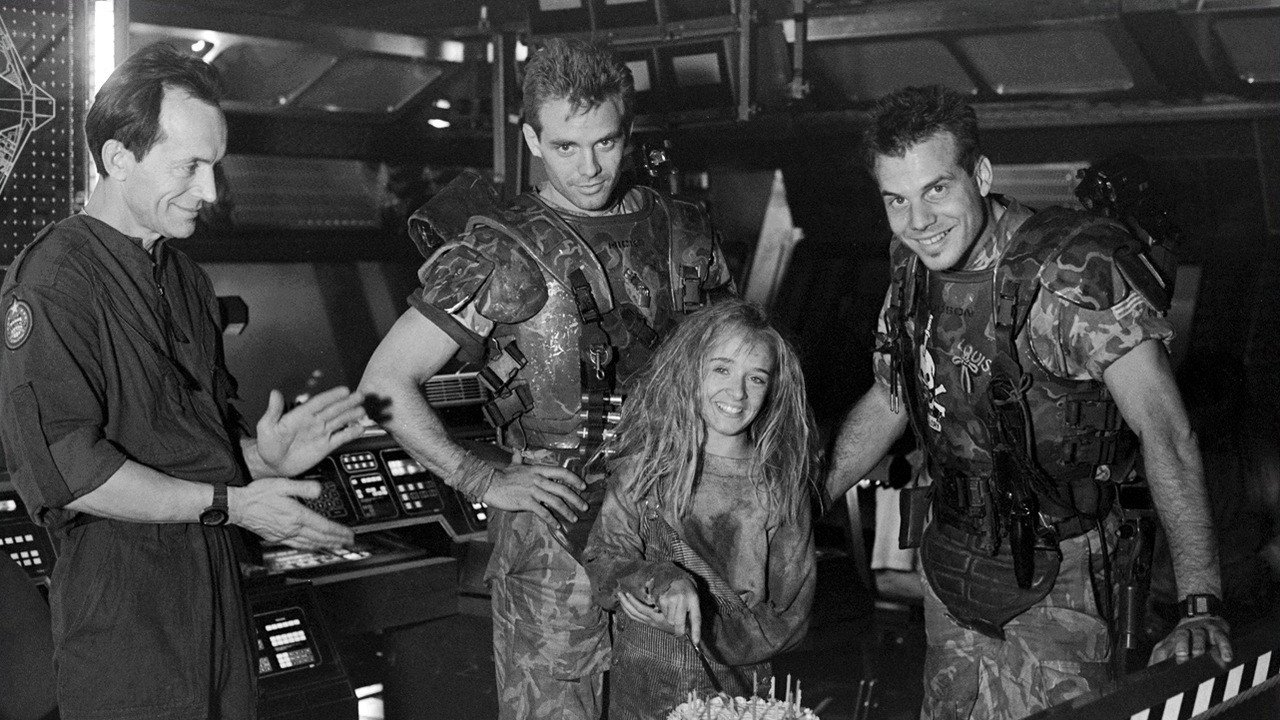 This morning I was flicking through my Twitter feed expecting to feel as sad an uncomfortable as ever with the latest spurt of news. As usual, one headline made me feel deeply sad. However, this one couldn’t have been more unexpected. At the far-too-young age of 61, the great Bill Paxton passed away due to surgery complications. This one hurt. Sure, I have no personal connection to Mr. Paxton. It just felt like I did because of the irreplaceable work he delivered in film and television over the last 30 plus years. Any time the opening credits of a movie boasted his name, it was clear that there would be at least one scene worth watching. Bill Paxton was always an immensely entertaining presence across countless movies. Unpretentious and infectiously energetic, no film was ever hurt by casting Bill Paxton and the movies will certainly be a little less loveable without him.

Paxton didn’t have an easy ride getting into the industry. He spent years toiling away on the sets of everything from porno to Roger Corman productions for almost a decade hoping to claw his way into film on either side of the camera. While working as a crew member for Corman, Paxton struck up a friendship with a young James Cameron (who was also paying his dues at the time), which would later help launch his career. While working together on the forgettable Alien knock off Galaxy Of Terror, Cameron mentioned that he was writing a script about a certain time traveling cyborg and when Jimbo finally made The Terminator he through Paxton a bone as one of the punks that naked robo Arnie stole clothing from.

That small role was one of many eccentric bit parts that helped get Paxton into the industry in the early 80s. But it was the second role that Cameron earmarked for Paxton that would be his breakout. Of course that movie is Aliens, the role was Hudson, and the iconically quotable Paxton lines from that movie are nearly endless. That same year (1986), Paxton also appeared as the absolutely nutty older brother Chet Donnelly in Weird Science and shot his incredible cowboy vampire psychopath performance in Kathryn Bigelow’s Near Dark (as well as this goddamn delightful music video for his band Martini Ranch that was directed by Cameron and co-starred Bigelow). After that, Paxton became a permanent fixture in genre movies.

It would be easy to list off every single one of Paxton 93 on screen appearances and pick out at least one memorable moment. He always made the most of every role. There were more scene-stealing parts for James Cameron in True Lies and Titanic. He was killed by a Predator, helped bring back Mighty Joe Young, and twice befriended the Spy Kids. He was in prestigious projects like Apollo 13, Hatfields & McCoys, Nightcrawler, and Big Love. He was in trash like Future Shock and Thunderbirds. He eventually graduated from supporting roles to headline the likes of Twister and Sam Raimi’s snow-covered crime masterpiece A Simple Plan. Paxton was a constant presence on screens of all sizes and never slowed down. In just the last few years he screamed at Tom Cruise through Edge Of Tomorrow, did a season on Agents Of S.H.I.E.L.D. and just finished shooting the first season of Training Day right before he passed. Paxton was a cult and character actor, but one who never seemed to go out of style.

Admirably Paxton never gave up his filmmaking dreams when he found a career mugging for the camera. He actually made a name for himself as a director first thanks to the legendarily bizarre music video “Fish Heads”  that he shot in 1980 and seemed to play on MTV in perpetuity thereafter. Then in 2001 he got a dream project Frailty off the ground as a director and star, which was an extraordinary Southern Gothic with a terrifying religious bent. The film seems to get better and more unsettling with each viewing and while Frailty never got the cult following it deserved, it did allow Paxton to direct a rather delightful sports drama (The Greatest Game Ever Played) a few years later and teased a worthy directorial career that would never be. As Paxton aged out of the character actor circuit, he likely would have matured into an intriguing filmmaker who surprised many with an unexpected second act to a long career. Sadly that never happened, but Paxton did leave behind a bizarre and strong (if all too brief) career as a director beyond his acting work that showed just how much talent there was beneath his lovable persona and seemingly effortless naturalism.

All of which barely scratches the surface of the long and lovable career of Bill Paxton. He was a man beloved by the industry and a performer adored by generations of film nerds who cherished every single scene that he stole. It’s hard to imagine a film industry without the dependable presence of Bill Paxton to shoot a little life into yet another adorable onscreen goofball. Sadly, that’s where we’re at though. One of the most consistently underrated performers of his generation has passed before he could ever get the career-retrospective respect that he so richly deserved. That makes this a dark day in Hollywood history, one that can only be improved by Bill Paxton tribute screenings that will hopefully be lighting up televisions worldwide before we all try to find our way through a dull Paxonless existence tomorrow. RIP Bill, you will be missed by everyone who ever saw you flash that wide lunatic grin on a screen because you always made us smile our own in return.