The Best Genre Movies of TIFF 2013 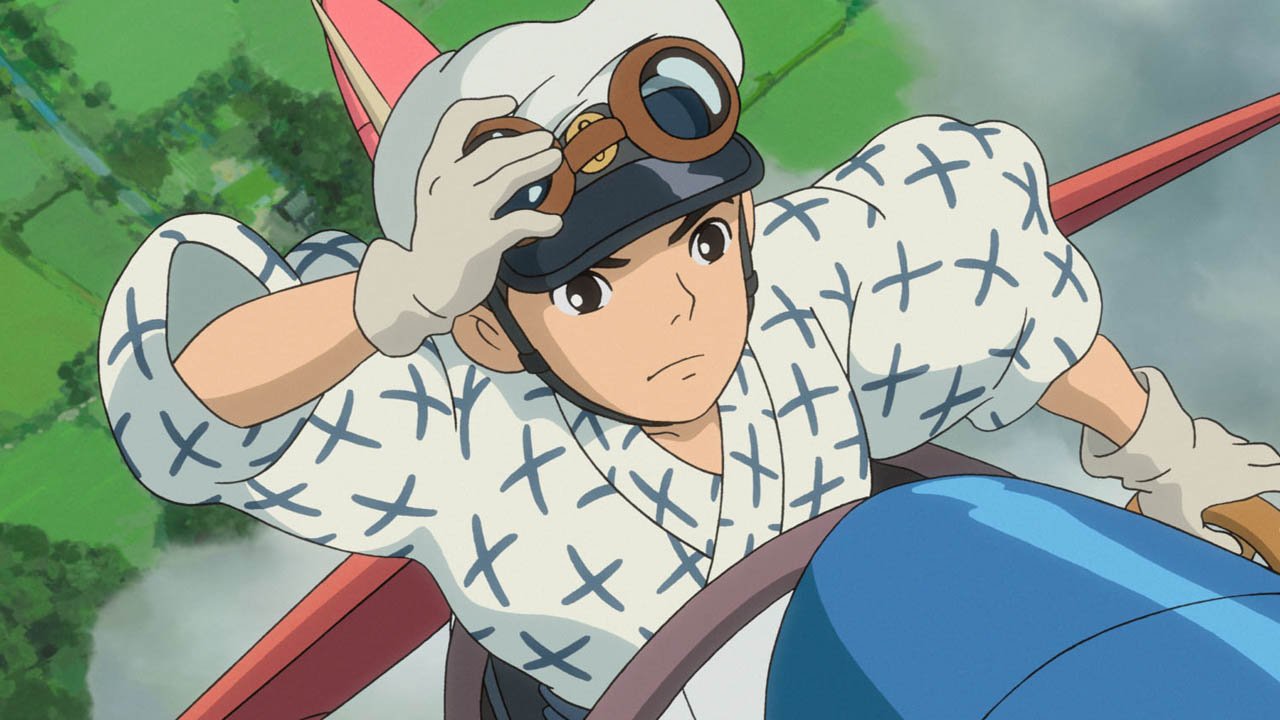 Well folks, yet another Toronto International Film Festival has come and gone. After over 40 screenings and very little sleep, I’m pleased to announced that it was easily one of the finest TIFFs I’ve ever attended. Very few of the films disappointed and a few even demanded words like “masterpiece” being thrown around. If you were able to attend, you’ll know what I mean. If not, here’s a little list of awards for some of the finest flicks of the fest that must now be on your radar. If TIFF offers any indication of what the next year at the movies will be, then we are in for quite a treat in the coming months.

As the great Keanu Reeves once said, “Whoa!” Alphonso Cuaron’s long awaited follow up to Children Of Men is quite simply one of the most stunning achievements in the history of special effects (or movies, for that matter). The tale of two astronauts lost in space unfolds in real time and through a series of impossible single takes that shove the audience into the protagonists’ panicked and terrified headspace. I stumbled out of the IMAX screening in a daze, woozy from the remarkably immersive and photo real visuals that Cuaron and his team of technical geniuses managed to whip up. That’s the kind of marketing hyperbole that was tossed around when Avatar was unleashed and the massive blockbuster couldn’t quite live up to hype. This time is different. Believe everything you hear about Gravity in the coming weeks. This sucker is going to blow your mind.

There were quite a few excellent horror films that deserved to compete for this slot, but I have to go with the one that left the most unsettling images lingering in my mind days after catching a screening. Based on that criteria, The Sacrament was the top contender. Made by horror’s rising star director Ti West (House Of The Devil, The Innkeepers), The Sacrament is without a doubt the greatest and most effective suicide cult movie ever made. Sticking closely to the events of the final days of Jonestown with a pair of Vice journalists substituted for the NBC crew who prompted that real life tragedy, West is relentlessly harsh and respectfully realistic in his approach. Though some will dismiss the movie simply by virtue of being another found footage flick, anyone who can look past that increasingly common production gimmick will find one of the most unsettling horror flicks in recent memory. It works as both a genre film and a drama, searing horrifically tragic images into your brain and boasting a terrifyingly charismatic portrayal from Gene Jones as the cult leader that already feels primed for horror movie infamy. A stunning piece of work that confirms West is not just one of the best horror directors of his generation, but that he’s somehow only getting better.

Richard Ayoade has been carving a place for himself as a cult comedy figure since his masterful work as writer/director/star on the perpetually underrated Garth Marenghi’s Darkplace. Now he’s a filmmaker and while his debut Submarine showed considerable promise, his follow up The Double proves he’s the real deal. Based on a Dostoevsky novella, co-written with Harmony Korine’s brother, and mixing in influences like The Trial, Brazil and the paranoid thrillers of Roman Polanski, The Double is as loaded with art film credentials and it is with laughs. It’s a weird and wild existential horror film laced with dark comedy that gives Ayoade plenty of show-off opportunities behind the camera and casts Jesse Eisenberg in dual roles that perfectly serve his awkward geek and raging egoist big screen personas. The flick is far too strange to ever be a hit, but cult film status is practically guaranteed.

Taking a brief break from his duties as the lead villain of the Marvel Cinematic Universe, Tom Hiddleston joined forces with proto-hipster filmmaker Jim Jarmusch (Dead Man, Coffee And Cigarettes) to create a vampire movie unlike any other. It’s about hipster vampires in Detroit and exploits their blood junkie ways and eternal romances through Jarmuch’s usual deadpan wit. At the center of it all is Hiddleston, whose dead eyed vampire depressive is about as far from Loki mugging as possible, yet no less impressive. Hiddleston carries the film through subtle work that reveals more than it initially appears to be and even busts out the occasional bloodsucking freak show when required. Jarmusch being Jarmusch, it’s a slow, thoughtful, and strange movie that refuses to play to the instant gratification of most horror movies. But if you know/love the director or can at least get into his unique rhythms, Only Lovers Left Alive is a wonderful little movie held together by arguably the finest big screen performance of Hiddleston’s career.

Sandra Bullock didn’t have it easy on Gravity. She’s in every scene of the space epic and thanks to the complex demands of the experimental effects movie, that meant she was mostly suspended and spun on wires in a green screen chamber acting off of nothing. Yet despite those demands, Bullock commands the screen like she rarely has before and does as much to thrust the audience into her terrified headspace as Cuaron’s remarkable filmmaking gymnastics. I can’t pretend that I was a big fan of Bullock’s going into the movie, but it was impossible to deny that gal has some major talent on the way out.

Fans of British cult comedy have known for years that the three mad minds behind The League Of Gentlemen and Psychoville are geniuses. Sadly, their perverse horror/comedy work just hasn’t appealed to many beyond their tiny fan base, so their incredible talent has remained a secret. However, arguably the most talented actor of the trio got a chance to swing for the fences in his dramatic acting debut this year in A Field In England and he nailed it. Reese Shearsmith’s comedy career has been defined by playing humorous slants on disturbing horror movie character types and genius writer/director Ben Wheatley (Kill List) let him do it straight for once. As an alchemist’s assistant in medieval England who goes insane on magic mushrooms and psychological torture, Shearsmith delivers an impressively twisted and darkly comedic turn as an actor that will hopefully get him more attention in the future. This guy has been one of the most underrated actors in England for about 15 years now and it’s time for him to come above ground. Granted, appearing in a low budget, experimental, hallucinogenic, metaphysical, and horrific historical drama won’t exactly get his name out to moms and pops with Netflix. But it’s a start.

For a brief moment in time, Alejandro Jodorowsky was possibly the coolest filmmaker on the planet. His debut El Topo created the midnight movie phenomenon and his follow up The Holy Mountain was funded by a couple of Beatles. For his third movie, Jodorowsky dreamed of adapting Frank Herbert’s Dune. It would have been a sci-fi epic made before Star Wars and the filmmaker assembled a remarkable creative team. However, the project sadly fell apart in the middle of financing and is now one of Hollywood’s great “what ifs.” We may never see Jodorowsky’s take on Dune, but thanks to director Frank Pavich, we’ve now got a definitive documentary about what might have been. Given what an insane production it was (cast members included Salvador Dali, Orson Welles, and Mick Jagger. Pink Floyd was going to compose the score. HR Giger was on the design team, etc.), the stories behind the scenes are probably as entertaining as the wacked out movie might have been. So, the doc is a noble substitute and a must see for any fan of movies, sci-fi, and insane artistic ambition.

The Vomit Award: The Green Inferno

As a project that brought back both writer/director Eli Roth (Cabin Fever, Hostel, and then nothing since their sequels) and the long lost cannibal genre, The Green Inferno pretty much had this award in the bag before it screened. However, after sampling Roth’s mixture of harsh human satire and harsher human sacrifice, it’s safe to say that this is the most disgusting American horror movie made in many years and also one of the best. After taking his time to establish his characters, themes, and setting, Roth unleashes a full on cannibal nightmare that will make the Italian master of the genre like Ruggero Deodato (Cannibal Holocaust) proud. From the first live feast on a human (starting with the eyeballs before letting no other part of his body go to waste), Roth holds nothing back. Yet, at the same time he’s clever enough as a filmmaker to know how and when to unleash his shocking images while staying at least somewhat within the boundaries of good taste. If you’re a gorehound, buckle up for this one. I have no clue how it will get a pass from the MPAA, but I’m sure Roth will find away.

Midnight madness favorite Hitoshi Matsumoto returned to TIFF this year with another of his perversely brilliant nightmare comedies. This time he spun a tail about a sad middle aged man who hired an escort service that makes leather clad bondage ladies a regular part of your life. The only catch is that the clients never know when their personal dominatrixes will show up and as R100 wears on they start making appearances in our poor heroes office and home. You wouldn’t guess it from that description, but the film is frigging hilarious and also one of the strangest movies I’ve ever seen (there’s a late inning twist that completely changes the context of the movie, yet still explains nothing). Aside from Matsumoto’s previous work, there’s never been another movie like this one. If you like your movies to leave you starring at the screen with your mouth agape screaming “what the hell was that?!”, say hello to one of your new favorite flicks.

The “Sad To See Ya Go” Award: Hayao Miyazaki

And finally, there was a bit of sad news at TIFF this year. Legendary animation director Hayao Miyazaki debuted his latest film The Wind Rises at the festival and also announced that it would be his last. That’s right, sadly there will be no more movies coming from the ingenious mind who brought us Spirited Away, Princess Mononoke, and My Neighbor Totoro. His last film was, of course, a beautiful piece of work that felt highly personal in its depiction of a life dedicated to creation. However, it was also almost devoid of Miyazaki’s usual fantasy elements and was so slow and lingering that it felt very much like an old man’s film. Still, it was a sweet note to go out on for the animation master. The unique and dependably brilliant mind of Hayao Miyazaki will be sincerely missed by cinephiles and knowing that I’d never see another Miyazaki movie after the credits rolled on The Wind Rises was one of the saddest moments of the festival. Still, nothing can be taken away from this man’s absolutely astounding career. He will be missed, but never forgotten.