How Warcraft II and C&C Shaped an Entire Genre 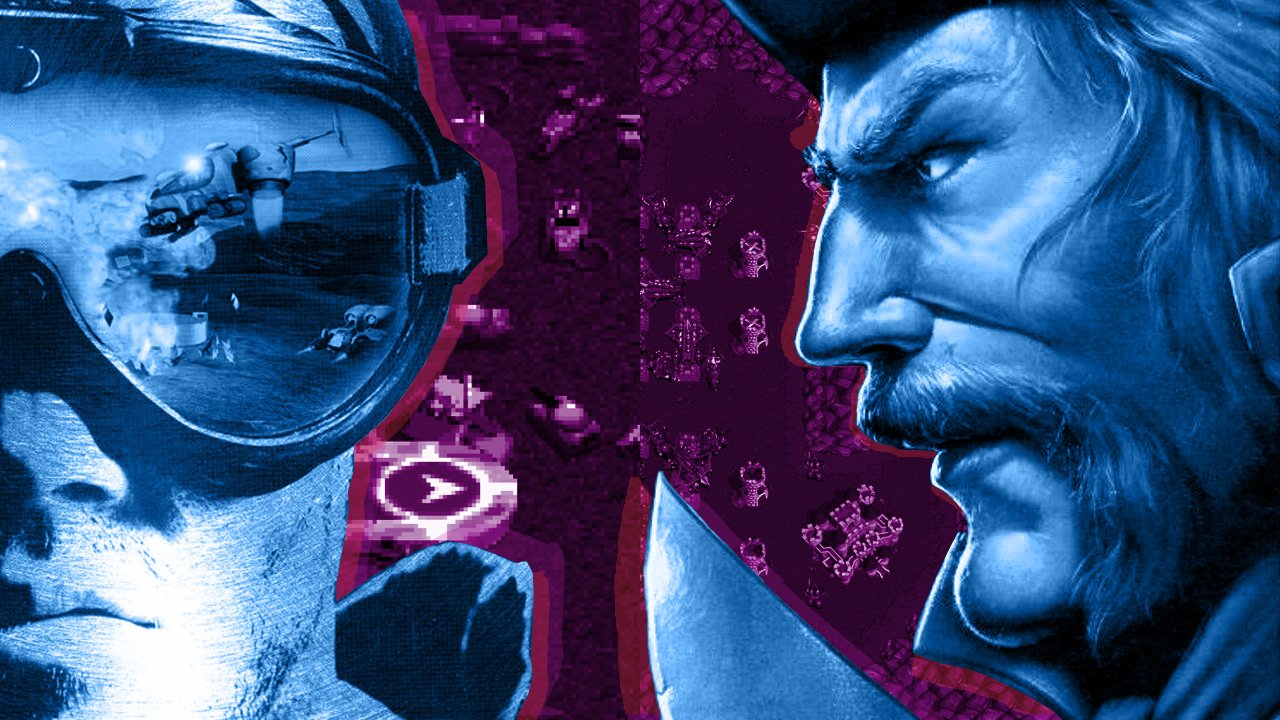 Most video game genres existed in a recognizable form before 1980. There are, however, exceptions—the modern real-time strategy game among them. This late entry was mainly due to the limitations of technology. While turn-based strategy can be relatively easy on system resources, real-time strategy involves keeping several units—both the player’s and the AI’s—moving around the map at the same time, with the computer calculating strategy and tactics for its side. The minicomputers in the universities and larger businesses during the 1960s and 1970s lacked much of the computing power required to make the genre happen, but, the ability to play out strategy and tactics in real-time was sought for decades. Turn-based games could provide a comprehensive tactical experience, yet they could not reproduce a true feeling of urgency, or the need to make good decisions quickly while under pressure. Efforts to bring the genre into existence date back to some of the earliest computers.

The attempts to at least simulate the immediacy of real-time military action began in the 1950s. The first was at the RAND Corporation’s Electronics Division, wherein 1952 a simulation was run in Tacoma, Washington, with the computer providing printouts of radar plots of incoming enemy aircraft, and the students playing through the simulation giving orders to intercept them. This simulation, codenamed “Casey,” was a pilot project for the U.S. Air Force, which liked the results enough that it began rolling the game out as part of its training regimen and funded improvements that, among other things, replaced the printouts with a CRT screen that could actually simulate a radar. The next step was taken by the U.S. Army in 1955 with Hutspiel, the first theatre-level computer wargame. Written and run on the Goodyear Electronic Differential Analyzer (or GEDA), Hutspiel simulated a Soviet invasion of Europe, with the players controlling NATO forces, particularly tactical nuclear weapons and conventional air support, and GEDA calculating and determining the outcome of each action.

The gameplay bore a resemblance to SimCity, with the situation developing on its own until the players intervened with orders for their forces. A later version allowed two teams to wargame out an invasion, with one playing NATO and the other the Soviet bloc, and development of the simulation continued into the early 1960s, with work beginning at the Research Analysis Corporation to create a more complicated replacement for Hutspiel titled Theaterspiel. While many key elements of the modern RTS appear, a number are also absent. Events did play out in real time, but the players often did not have direct contact with the computer—their orders were given to facilitators who would relay them to the system. Direct player control of units across the terrain wouldn’t come for another two to three decades. These early attempts were more simulations than real-time strategy games. When it did arise, the modern RTS—unlike many genres, which often have a single defining title from which future titles take their cues (such as Doom for the FPS or King’s Quest for the adventure genre)—was defined by two titles from two different companies, both of which came out within months of each other in 1995: Westwood Studio’s Command & Conquer, and Blizzard’s Warcraft II.

By the 1980s, what we would recognize today as the real-time strategy game had arrived: Cytron Masters was developed by Danielle Bunten for the Apple II and published by Strategic Simulations, Inc. in the summer of 1982. The gameplay was very chess-like, taking place on a 6×12 grid, but it did feature resource collection and building up an army before launching attacks, and the player had direct control over the units. The same year, Chris Crawford released Legionnaire for the Commodore 64 and Apple II, a game that put the player in charge of Julius Caesar’s legions, fighting battles against European barbarians controlled by the AI.

Come 1989, the RTS game made it to the PC. Will Wright’s Maxis turned the genre towards city management in SimCity. While there was no shortage of games that attempted to use real-time strategy elements, both on the PC and the consoles, a working template had yet to be refined, and creating a good game in the genre was difficult—for example, an early RTS build of Sid Meier’s Civilization was abandoned after Meier found that the real-time element had the effect of transforming the player into a spectator instead of an active participant. It was Westwood Studios that would begin to crack the RTS code in 1992, with Dune II.

In many ways, Dune II was a prototype of the modern RTS genre to come. Based on the novel Dune by Frank Herbert, the game revolved around the struggle for control of Arrakis between three different factions, all of which had their own endgames. Most, if not all, of the elements that serve as the foundation of the genre were present. Players gather resources, build structures and bases, and then take their armies into the field. Rather than rely on the keyboard, the mouse was a key component of the interface, used to order units to move and attack.

The next refinements to the template came from Blizzard Entertainment in its breakout title, Warcraft: Orcs and Humans (1994). Like Dune II, Warcraft included resource gathering and base building. It also added gameplay elements that had been absent in Dune II—players could select multiple units, which could be upgraded at the appropriate building (Dune II had allowed for buildings to be upgraded, but this had not extended to the units themselves).

Both Dune II and Warcraft were, however, relatively clunky in terms of gameplay. Even though Warcraft allowed the player to select multiple units, the lower screen resolution made controlling these units in the wider battlefield difficult. The AI in both games was also very limited. The AI in Dune II was unable to handle flanking attacks, and a single strategy of lining up footmen with ranged units and spellcasters behind them at chokepoints—combined with luring enemy units to the line—allowed a player in Warcraft to win every single map with only a handful of casualties.

It was in Command & Conquer and Warcraft II – both games released only five months apart – that the template for the RTS was finalized. Released in August 1995, Command & Conquer took the Dune II formula and changed the setting to a near-future Earth, where the Brotherhood of Nod and the Global Defence Initiative fought over a resource called Tiberium—a reskinning of the spice from Dune II. To tell its story, the game used full motion video cutscenes in which actors gave the player missions and advanced the plot.

Warcraft II, released in December 1995, continued the story began in Warcraft: Orcs and Humans. Although it did not use full motion video, it did use mission briefings and animated cutscenes to move the story forward. It also expanded the scope of the game, with naval and airborne units as well as new upgrades for them and the buildings. The AI was also improved to the point that earlier strategies were no longer effective.

Both Warcraft II and Command & Conquer were evolutions of preceding games and brought the RTS genre into its own. The user interface was vastly improved, with the ability to select multiple units fine-tuned to allow the creation and selection of multiple squads, and to move them concurrently. The higher resolution allowed for wider, more interesting battlefields and greater tactical variation. Between the two games, the template for the RTS was now defined, and in the explosion of RTS games in their wake, most would follow the pattern of resource gathering, unit and building upgrades, and squad-based combat. This would work in some instances—Cavedog’s Total Annihilation (1997) was a critically acclaimed title that also started a franchise that held its own with Blizzard and Westwood’s offerings—and be more hit and miss in others, such as Ensemble Studio’s Age of Empires (1997), where unit and building upgrades were so numerous that it was easy for players to lose the tactical elements of the game in the midst of trying to upgrade everything.

While most RTS games followed the template, a couple of sub-genres did arise—Bungie’s Myth: The Fallen Lords (1997) removed the resource gathering from the equation, leaving only the tactical combat. On the other side of the formula, The Creative Assembly’s Shogun: Total War (2000) retained the resource gathering, but took advantage of the latest advances in computing power to increase the scope from controlling squad-sized groups of units to full divisions.

Warcraft II and Command & Conquer are important because together they codified an entire genre of computer games. They are a case of simultaneous development, where both Blizzard and Westwood independently made similar design decisions, creating two titles very similar in concept, gameplay and storytelling, and developed a formula that finally dialed in how RTS games should be made after four decades of varied attempts by earlier developers. To this day, one cannot understand the history or design of the modern real-time strategy genre without looking at both titles.