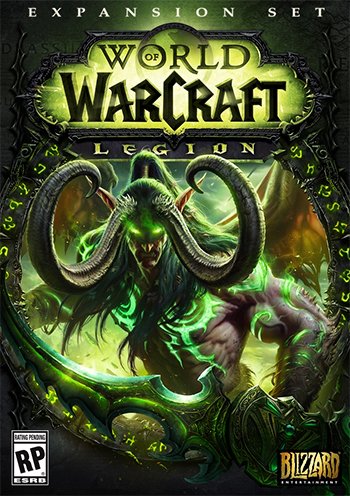 Please note: The information and experiences gathered for this review were done through a combination of beta testing and live realm gameplay. This is an MMO and the game is always changing.

It all started with a simple discussion between high school friends about upcoming games and what we were excited for—that was nine years ago. Someone had mentioned the upcoming expansion for World of Warcraft, The Burning Crusade. When I got home from school that day, I promptly looked up information on the game, and after about an hour I thought to myself “This could be interesting.” Nine years later I am still playing WoW, and I’m as excited as ever for the latest installment, which goes by the name of Legion.

This will be the sixth expansion to Blizzard’s immense MMO game world, which originally launched back in 2004. There have been some rocky roads travelled with past expansions—issues such as content drought and player boredom along with poorly thought out concepts in general (i.e. The Twitter integration patch)—but Blizzard will admit to their mistakes and, in the end, will usually deliver with future content. Legion feels like an expansion that will improve on everything good they can deliver while attempting to keep players invested in the game. Brand new zones packed full of substance, an interesting new class, and some of the most engaging character content I’ve ever seen in the game will hopefully shape Legion into an absolute monster of an expansion.

Let’s start off by taking a look at the new area we will be leveling our characters in for this expansion: The Broken Isles. The isles are made up of six zones, four of which are leveling zones. Blizzard has introduced a new concept to WoW with Legion by having the leveling zones scale with your level. This means you can pick any of the four zones in which to begin the next stage of your adventure, something I have personally enjoyed. The new zones all look incredible in terms of landscape and art design, and each one is vastly different than the others. For example you have Stormheim, a land full of Vikings and dragons and the mythology and lore surrounding them, but then you have a zone like Val’Sharah, which sits at the other end of the spectrum. This zone was once the pinnacle of druidism and is where the brothers Stormrage (Malfurion and Illidan) were born. As such, it has a very elven look to it, but the land is also suffering from the corruption of the Emerald Nightmare, which gives everything a beautiful but nightmarish look. Val’Sharah is also probably the best looking zone I’ve ever seen in WoW.

There are two other zones as well: The Broken Shore and Suramar. The Broken Shore is where you will begin the main story of this expansion and is the sight of a major piece of lore, The Tomb of Sargeras.  Then there’s Suramar, which isn’t your standard zone, however, and this is what makes Legion so interesting. It’s a level 110-only zone that you unlock upon reaching level cap, and once you get to head on in, you’ll probably find yourself scratching your head at what Blizzard has concocted. The quest line follows a story in which you will attempt to take back the city from the Burning Shadow, who have allied with the residents of Suramar (called the Nightborne). You will be working with the Nightfallen, a group of outcasts from the city, and through them you will learn what became of their ancient and proud society. This zone was definitely one of the highlights of the beta for me, and I will definitely be putting a lot of time into it once I reach the level cap.

With almost every new WoW expansion comes the addition of a new race/class, and Legion is no different as we welcome the Demon Hunter. As a tie-in with the expansion centered on a demon invasion, Demon Hunters will be called upon by the Alliance and Horde to aide their armies in the fight against the Burning Legion and hopefully banish the threat from their world once more. Let me just start off with this: Blizzard, please stop with the melee classes. The player base is getting extremely bogged down with them. Despite that, this class is fun. If you’re a fan of fast-paced melee combat and bringing out your dark and edgy side, then the Demon Hunter is the class for you. Their starting zone is bar-none the best one Blizzard has ever created—even better than the Death Knight starting zone. Visually, it looks gorgeous, especially the beginning area Mardum. The quests flow very nicely and take very little time to do, and you get to visit amazing locations from Warcraft lore such as the Vault of the Wardens.

While you’re leveling your character, Blizzard has made sure you will have plenty of things to focus on rather than just trying to fill up that experience bar. Remember Garrisons from the last expansion? In Legion, they’ve been rectified in a way. They are now in the form of Class Halls, which work as a base of operations. They are class-specific and players will be able to see other players in them, but only of the same class type. Class Halls can be leveled up which grants players bonuses when they are out enjoying the other content. You can also recruit followers for the hall who will go out on missions and give you rewards such as experience and Artifact power. Another new piece of content you will receive are Artifact Weapons. Each version of the weapon will be a major lore item and will be tied to your class and its specialization. For example, Retribution Paladins will get Ashbringer, the legendary sword used to slay the armies of the Scourge. As far as I’m concerned, this is all welcomed content that I’ve genuinely enjoyed working on and I hope Blizzard will continue to deliver content like this. I haven’t dropped this much time into WoW since the first couple of years I started playing the game.

Legion is looking like it will turn out to be an incredible expansion, especially with everything we’ve seen so far and the promise of what’s to come (Karazhan returning as a massive 5-player dungeon; be still my beating heart). Expansions usually start off with a huge initial hype of what we’re getting and what’s expected. Things do change, however, and it’s not unlike Blizzard to one day cut future content they were working on. Legion seems like it will provide plenty of things to do for many players right off the bat, and I hope to see it continue to deliver all the way through to the next expansion.

Legion absolutely feels like an expansion that will improve on everything good Blizzard can deliver, and will hopefully shape into an absolute monster of an expansion.
REVIEW SCORE
9
File Under: Activision Blizzard, RPG, World of Warcraft