I am Anita, Hear My (Muffled) Roar 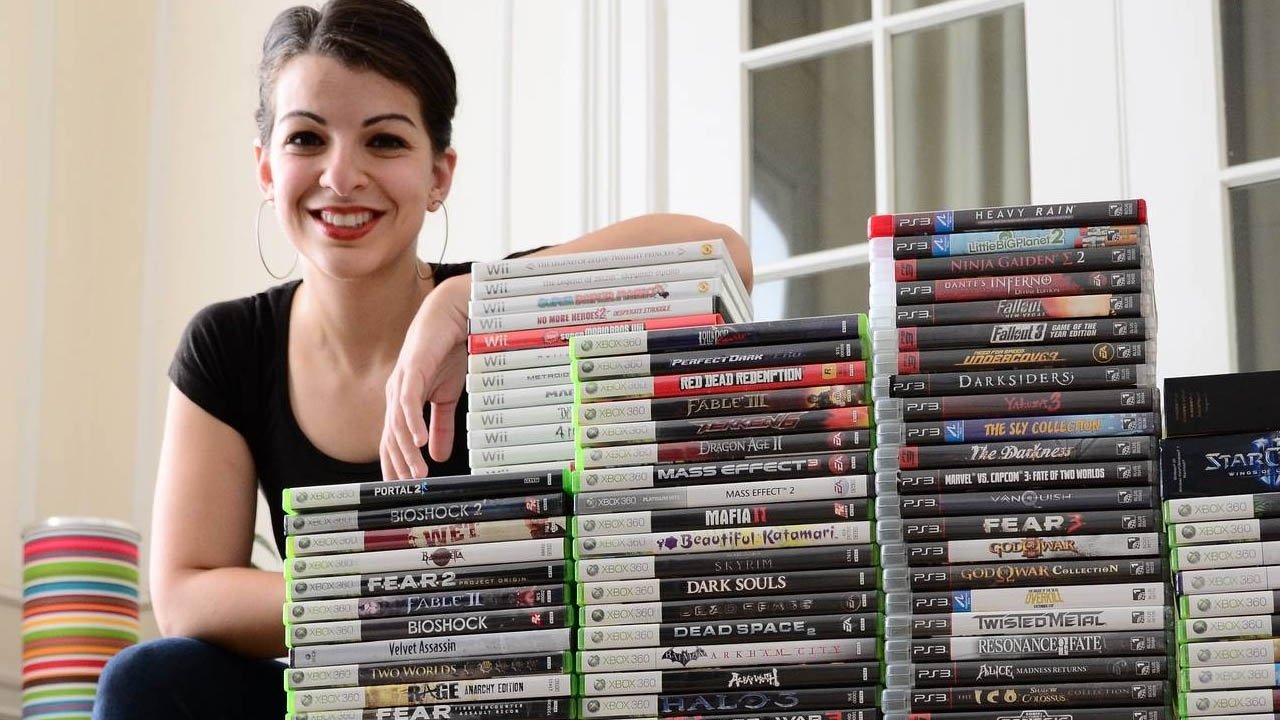 This article is the second of a three-part series dealing with women in gaming(read part one here). This particular article analyzes Anita Sarkeesian, and the controversies surrounding her attempts to incite public discourse about representations of women in gaming. 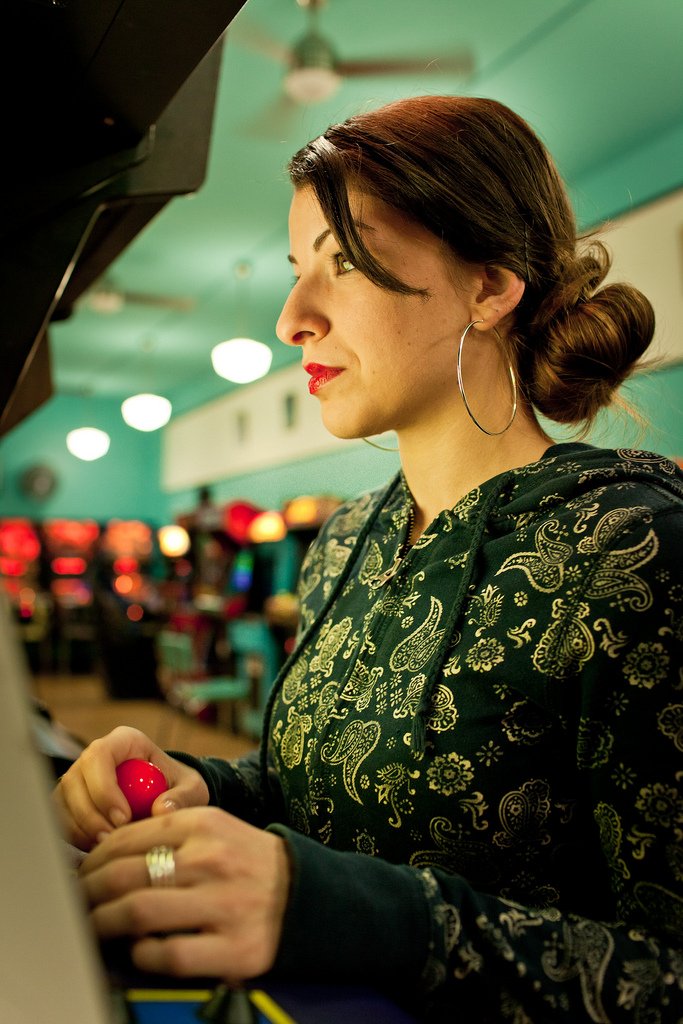 Anita Sarkeesian, a Canadian-American feminist, blogger and media critic, never knew she would be the star of her own game.

That all changed last July, when a 25-year-old man from Sault Ste. Marie, Ont. decided to give Sarkeesian a chance at gaming stardom. Ben ‘Bendilin’ Spurr created a game for Newgrounds that placed Sarkeesian in a precarious situation, and what for? All that was shown was her face. Equipped with nothing but her smile, Sarkeesian’s facial likeness was vulnerable to attacks. She never had any power to begin with; in fact, it seemed Spurr never considered her self-defense. In short, the power was given to the users, as they were at liberty to do whatever they please—implicitly fulfilling Spurr’s true intentions—with Sarkeesian’s face. Clicks to Sarkeesian’s face would transform her image to that of a horribly abused woman. The final result was not for the weak of heart; Sarkeesian was a total knockout (not in a good way).

Spurr’s game, titled Beat Up Anita Sarkeesian, was more than an addition to the violence and harassment leveled at Sarkeesian during and after her Kickstarter campaign last year. The game represented an ongoing battle between the male gaming community, and the “villainous feminist” Sarkeesian. With her video blog, Feminist Frequency, as well as the Women in Video Games video series, it would seem Sarkeesian’s goal was some sort of a feminist assimilation of the fatherland that is the videogame culture—at least, according to the harassers. The harassers see themselves as heroes, fighting to protect the fatherland; should a land come under siege, it’s only logical that desperate times call for desperate measures.

With the Internet serving as a battlefield, Sarkeesian’s harassers—the “valiant defenders”—attacked her at full-throttle, trying to decimate her online presence. Sarkeesian’s social media sites were barraged with threats and images of rape, death and violence. Her Wikipedia entry was vandalized, rewritten with pornographic images and racial slurs. There was a campaign to report her social media accounts, including her Kickstarter, as fraud, spam and terrorism. Worse still, Sarkeesian’s harassers attempted to hack her website and email, and distribute her personal information.

Sarkeesian comically acknowledged her villainous role during a TED keynote last December. True to her words, “I am a pop culture critic, I am a feminist and I am a woman. And I am all these things openly on the Internet.”

Sarkeesian’s well-documented harassment not only brought to light the issue of the aggressive sexual harassment experienced by women critiquing the videogame culture, but also revealed a stigmatization of feminist ideologies. Forbes contributor Eric Kain believes the reason behind Sarkeesian’s controversy is that her videogame analysis suggests a male-oriented medium. Leigh Alexander, Gamastura’s editor-at-large, supplements Kain’s statement; guys obsessed with traditional gaming culture are afraid of the inclusion of women, and are even more afraid when women try to take those power-fantasy worlds away from them.

With the help of almost 7,000 backers, Sarkeesian raised $158,922, surpassing her initial goal of $6,000. As of May 28, Sarkeesian has produced two out of the 13 videos dealing with women in videogames; the first two analyzed the damsel-in distress-trope. Recently, during Microsoft’s Xbox One’s E3 press conference on June 10, Sarkeesian expressed her disappointment on Twitter with regards to the lack of female protagonists within next-generation titles. It didn’t take long for Sarkeesian to be branded as the villain once again; amidst the cacophonies of backlash, one commenter on Twitter summarized, “Stop pushing your feminist agenda on video games [sic].”

Whether it was constructive criticism, or straight-up harassment, every participant in the videogame community wanted to put Sarkeesian in her place. Critics on YouTube claimed Sarkeesian was playing the victim the whole time, even going as far to label her as a shyster. They quickly denounced her damsel-in-distress video analyses as inconclusive and irrelevant.

But the final straw for Sarkeesian’s naysayers was her decision to disable comments and ratings for her episodic YouTube series. In one instance, a 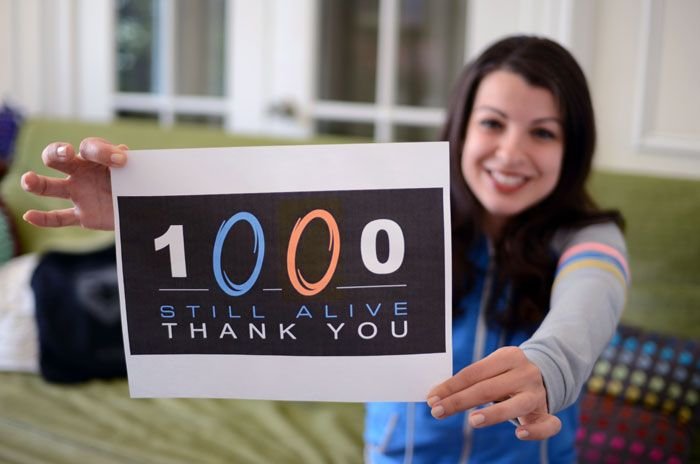 YouTube user took offense to Sarkeesian’s decision; in his video response, he chided Sarkeesian for not understanding how the Internet works—criticism and, unfortunately, trolling, exists. Should these comments make Sarkeesian feel threatened then, the YouTube user concludes, Sarkeesian herself is ignorant of Internet conventions and therefore should stay off it. Failure to allow and encourage constructive criticism renders Sarkeesian as not being able to take the heat like a man.

Meghan (choosing to be referred by her first name for this article) works at a non-profit organization in Toronto; she believes threats of rape and violence should not be an excuse for trolling women online. She also says comments online don’t necessarily warrant a response. Meghan commends Sarkeesian for removing herself from the online conversation, deeming her decision as wise.

“If that were me, I would be overwhelmed, and I think that it would have a definite impact on my work,” Meghan says. “It takes a strong person to have the willpower to not join a conversation like that, especially to defend themselves.”

The representation of women in videogames, no matter how repetitive the topic, continues to remain an issue. Women, such as Sarkeesian, who attempt to enforce media literacy within the videogame community and are demonized for their efforts reveals the greater problem of misogyny in videogame culture. Despite enduring much contempt for her beliefs, Sarkeesian continues to stand strong, more determined than ever to realize her vision of social change.

“Every day I am encouraged by the women who persevere, who continue to engage, and who refused to be silenced,” Sarkeesian said at the TED keynote. “I truly believe we can work together, we can create a cultural shift where women, without fear or intimidation, without fear or harassment, can be full and active participants in our digital world.”