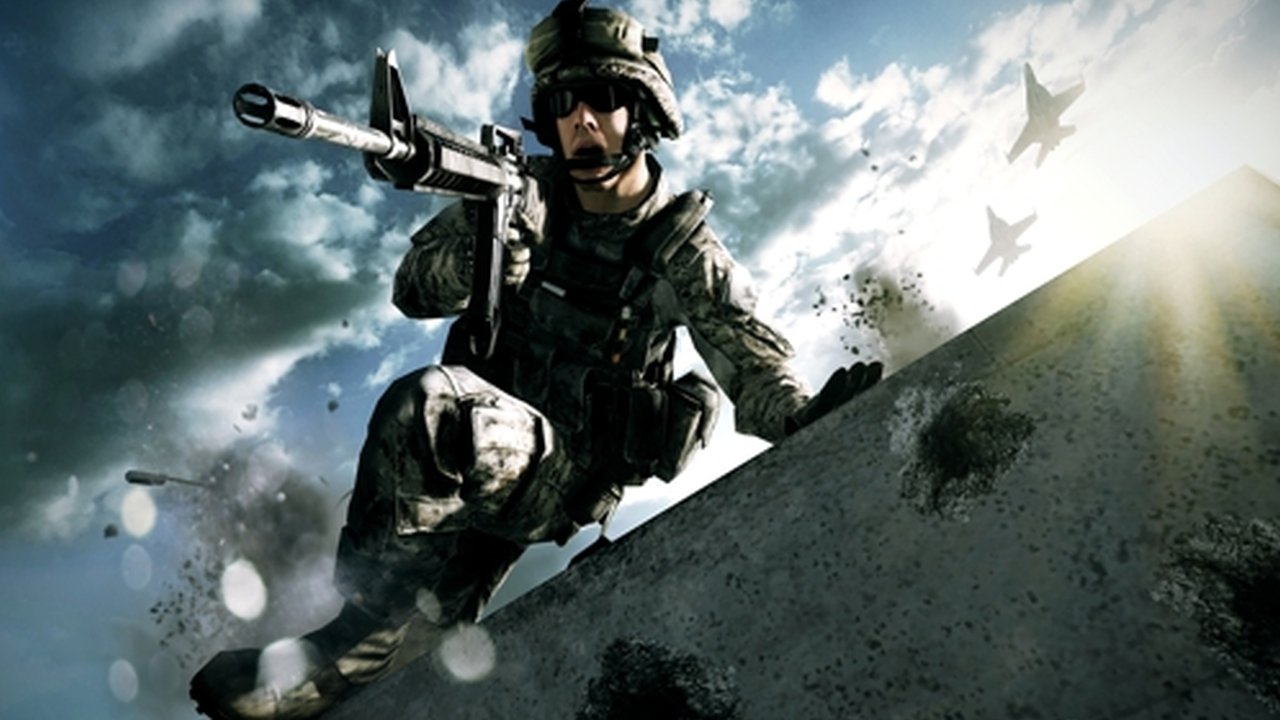 Now, I know what you’re thinking, “Oh come on! This guy did BF3 last time”. Yes that would be correct. In v0.2 I went over the Battlefield 3’s Back to Karkand  expansion and to tell you the truth I didn’t plan on writing about Battlefield for a good while but then EA and DICE had to go and announce a massive list of confirmed changes for Battlefield 3. Not only did I jump for joy at the idea that “exploiters” would stop sitting safely in their team’s base and pummel my team with mortar fire, but upon reading the long list of changes I realized that this was going to be a massive update. An update that not only balances out the weapons but actually makes the game more fun to play. Now, while I could have waited until the patch was release before speaking about Battlefield again I thought it might be fun to take a look at this column’s namesake; a nice lengthy “patch”. So without further stalling for time I give you, Patch Notes v0.3. Now with 100% more “patchy-ness”!

When it comes to first-person shooters it is very common to see at least one but often several post release updates. I’m not talking about map packs or expansions I’m talking about updates that fix exploits, tweak variables, improve overall performance and in some cases tweak the balance of the game. This upcoming patch for Battlefield 3 has been much needed and I’m sure will greatly improve the game for many soldiers out there.

Read on to see some my comments on some of the more interesting fixes that will be deployed when this patch finally is available for PC, Xbox 360 and PS3. DICE has already stated that this is by no means the full list so be sure to check the official BF3 website for more details.

-Players should no longer take fall damage from short falls.
This is an absolute relief. I can’t tell you how many times I have felt like a total moron after jumping off a one story building only to die and have the death counted as a suicide. I’m sure from outside observation it looks pretty hilarious.

-Tweaked the damage levels of Buck and Flechette rounds to balance them with other weapons.
Now that the damage has been tweaked maybe we won’t see as many teams shotgun rush objectives. An annoying and useless strategy that is better suited for trolls and griefers than actual soldiers.

-Fixed several issues with vaulting objects, especially for thin railings.
Another great change that will prevent me from looking like an idiot. So many walls I’ve been unable, but should have been able, to vault. Again watching someone, run head first into a low wall only to be stopped dead in their tracks but continue to jump up and down, must make from pretty funny moments for other players.

-Increased the damage done by TOW weapons to armored vehicles.

I remember TOW weapons being a lot more effective in other Battlefield games. To be honest I haven’t had much use for them in BF3 simply because they don’t really do much. Glad to see these tank busters get a buff.

-AA Missiles should no longer kill the pilot instead of the vehicle.

I always found it odd that I would be in the gunner’s seat of a fully armored helicopter only to be instantly killed by a rocket and then watch as the pilot fly away unscathed. I’d always wonder if he even knows he’d lost his gunner.

-The IGLA and Stinger now lock on much more quickly and disable an attack aircraft in 1 hit, but have significantly reduced range. This should allow Stingers to mount an effective close range point defense, without dominating an entire airspace.

I’ve always found guided launchers to be kind of useless. I would stand there, out in the open, trying to get a lock on a helicopter that’s dominating my team only to be picked off by a sniper or the very gunship I was targeting. Now infantry players should be able to mount at least some form of defense against a skilled pilot/gunner.

-Increased the speed of the Helicopter AA missiles lock on to reduce the tedious nature of Helicopter dogfights and improve the Helicopter’s defensive abilities vs Jets.

Is there anything more dull than watching two helicopters dog fight. They just hover there, lock onto each other, fire and then deploy flares, then repeat. Dull as dishwater. Now dog fights should get a lot more interesting, especially on maps like “Sharqi Peninsula”  Where both teams spawn with helicopters right across the water from each other.

-Increased the power of explosions from cars and other explosive static objects.

KABOOOOOOM! He he he he, that’s what you get for hiding behind that car.

-Dying from the explosion of a car or other explosive static object should now correctly credit the player who caused the explosion.

Using the door guns on transport helicopters will get a lot more fun. I still find those damn guns hard to aim with a shaky pilot but at least now I can cause some big explosions.

-Players will no longer receive suicides or team kills if they crash their vehicle (dying is punishment enough).

I always thought the suicide penalty was a little harsh. Looks like DICE agrees.

-Increased the base accuracy for AA guns and added a decrease in accuracy over the course of a burst.

I have always found AA guns to be inaccurate, but in BF3 it seemed a lot worse. Now I might able to actually bring down those jets that circle my base waiting for some unlucky soldier to try and take off in a helicopter or jet. When being stalked most planes don’t even get off the ground before a bevy of rockets rain down upon them.

-Added Horns to all Jeeps.

It was odd that this was omitted on day one, especially since it’s been in most other Battlefield games. This will make it a lot easier for you to get your teammates or squad mates attention. Jeeps and similar vehicles are way more effective if you have a gunner.

-The MAV will now be destroyed when running into a soldier or vehicle at high speed. It is still possible to strategically sacrifice your MAV on a soldier; it will be destroyed in the process.

Another really annoying exploit being addressed here. So many players would just fly their MAV around and then dive bomb those on the opposing team. This is not what the MAV is for nor was it what the developers intended it to be used for. I’m glad to see those that try it will have their MAV destroyed.

-The MAV can no longer be used as an elevator.

I’m really happy to see this addressed. I would constantly see other players deploy their MAV only jump on top and go for a ride. Seeing this really killed the realism for me and it was really odd to see and, not to mention be killed by, a soldier perched atop their MAV taking potshots from way up in the sky.

-The M224 Mortar can no longer be deployed in an area that is out of combat for another team like a home base or other protected spawn.

Yes, yes, a thousand times yes! This has been a massive issue for many players. Essentially once the mortar gadget was unlocked most support class players would just sit in their home based and drop mortar after mortar with impunity. Being camped out in your spawn protected base meant that other players can’t really see you or get to you, giving the player wielding the mortar a very unfair advantage.

There you have it, my take on the upcoming balance pass for Battlefield 3. There’s actually much much more for you to pour over and see how it will impact your BF3 experience. I invite you to head on over to the Battlelog for updates and a complete list of upcoming changes. EA and DICE haven’t exactly announced when these changes will be deployed but I’m hoping it’s sooner rather than later. Too many players exploiting too many things makes the game unfun for a lot of people, myself included. I also think it’s great that DICE is listening to their community because they’re the one’s keeping games like BF3 alive.

Tim Ashdown is currently in possession of four WWII medals. They belonged to his grandfather who served in the British Royal Navy and was stationed on the HMS Maidstone during the Second World War.