Spiders and Gods and Cowboys, oh my! 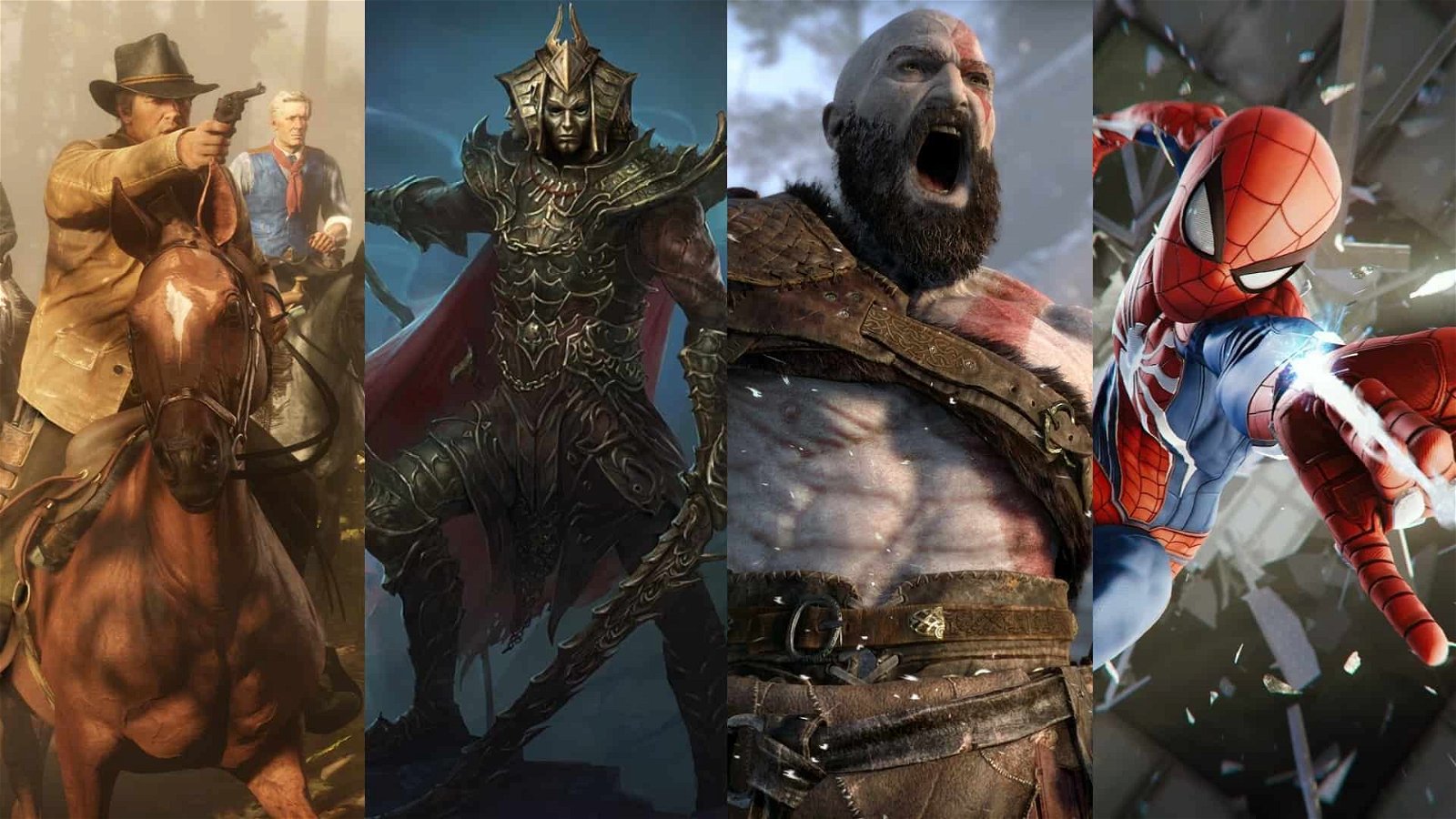 I love Westerns, outlaws, and grimy and gritty portrayals of that wonderfully violent period in American history. My favourite book of all time is Blood Meridian by Cormac McCarthy, and my favourite television drama of all time is Deadwood. Suffice to say, Red Dead Redemption 2 is right up my alley. On the other hand, I love tight, fluid gameplay and quick, responsive controls in my video games. Rockstar created an absolutely stunning and incredibly well realized world with Red Dead 2. Arthur Morgan kicks way more ass and is much more relatable and likeable than his fellow gang member John Marston, and the sheer amount of content, characters, and dialogue is nothing short of epic. However, and I know I’m not alone in this, actually playing the game was…well, tedious. The input lag, clunky movement, and sluggish controls really plagued the whole experience. Because of this juxtaposition of industry-leading scope and depth and strangely outdated controls, Red Dead Redemption 2 is the lowest game on my personal Game of the Year list. It’s pretty incredible, but it’s far from perfect.

You know what’s way cooler than Greek Mythology? Norse mythology. Despite being somewhat co-opted by racists and bikers, the Norse Pantheon and their brutal, violent ways have inspired films, television shows, and music for decades. There are even sub-genres in the metal scene dedicated specifically to the myths and legends of Scandinavia. So when Sony announced the next iteration in the God of War franchise would be leaving the played-out feuds of Olympus and moving Kratos up North, my interest was piqued. My interest was further kindled upon actually playing the game and finding myself engaged and somewhat addicted to the revamped and more visceral combat mechanics. Add to that a huge, gorgeous open world scattered with secrets and collectibles, and baby, you got a stew going. Even the addition of a sidekick character, a gameplay trope I normally loathe, was implemented well. Atreus may have been an annoying child most of the time, but damn if that bow of his wasn’t incredibly useful in a tough situation. If you’ve not played it yet, grab a copy, throw some Amon Amarth on your sound system, and go crack some skulls.

I loved the original Divinity Original Sin. I grew up on games like Baldur’s Gate and Nox, so when a Kickstarter project promised a return to the bygone days of CRPGs but with a robust and tactical combat system, I was stoked. Unfortunately, lacking a proper gaming PC, I was unable to participate in the fun when the sequel dropped last year. But as they say, good things come to those who wait, and eventually us console peasants got our own version—with all the tweaks, upgrades, and changes that players had been clamouring for. Loading times were a bit long, and there were definitely some bugs here and there, but when a game is this good, and this deep, those minute flaws can be overlooked. There is so much to do in this game it boggles the mind. My girlfriend and I began playing at the same time, and within a few days our paths had completely diverged and it was almost like we were playing a totally different game. The tactical combat, endless list of side-missions, deep crafting, and often hilarious dialogue made for one hell of an engaging experience and I am definitely excited to see what Larian Studios has in store for the franchise.

No game released in 2018 made me feel such childlike glee and happiness. I had a grin on my face right from the . As soon as the game opened and I was immediately swinging through a beautiful—although somewhat empty—virtual NYC I knew I was going to love the game. Spider-Man has always been my . He’s a hell of a lot more relatable than Superman or Batman, and in my opinion is the truest definition of “hero” in mainstream comics. He’s also got the best outfits and a powerset that remains unique and groundbreaking even 50+ years later. The most important aspect in a Spider-Man game is directly related to this . If a developer can’t make the actual act of fun, and most importantly, intuitive, then no matter what else they do the game is not going to be good.

To say that Insomniac nailed this would be an understatement. Traversal in Spider-Man for the PlayStation 4 is as good as it gets. It’s fast, fluid (ha!), it feels natural, and you don’t have to input complicated button combos to pull it off. The storyline was also a lot of and featured the best portrayal of Doc Ock we’ve ever seen in the medium. Sure, the Mary Jane and Miles Morales segments were drab and monotonous, but that made it all the more fun to go back to being Spider-Man. It made you aware of just how much faster, stronger, and more agile he is than the average joe. Unlocking all my suits while participating in some rather difficult challenges was icing on the cake—even if I did play the entire game in the Ben Reilly Scarlet Spider outfit. It’s the best, you can’t disagree… if only for the fact the notorious Black Suit is left out for some strange, inexplicable, definitely not planned for the sequel reasons.

If you haven’t gathered by my list so far, or if you’ve never read any of my reviews, I’ll make it perfectly clear right now: in order for me to really rate a game, it has to play well. Tight, fluid, responsive controls that feel like an extension of my own movements are paramount to making a game a . I also really enjoy difficult games, loot, and replayability. Dead Cells has all of these in spades. Spider-Man excluded, it’s the best playing game of the year in my opinion. The combat is initially but grows in complexity as the game carries on. Build varieties are pretty diverse for such a surface level simple game. Getting a hang of sword-and-board mechanics happens fairly quickly, but when the traps and bows and runes and skills and amulets come into play the game gets surprisingly deep.  The controls are snappy, incredibly responsive, and fast.

Simply put, Dead Cells does what you want it as soon as you think about it. The fast and , arcade-like gaming sessions were both addictive and easy to enjoy for someone with a busy schedule. It’s very much a game you can pick up and play for 20 minutes at a but has enough replayability that you can extend these sessions to multiple-hours. The rogue-lite level generation and Metroid– “get an ability and go back to the first level to unlock a new path” made replaying the levels over and over fun with a purpose. It’s also challenging. Very challenging. Just when you think it’s getting easy or you’ve done all there is to do the game throws another curveball your way. A storyline that’s never in your face but there for those interested adds another layer of depth… and why not add some cheeky Dark Souls references? I am a huge fan of this game, and I love seeing a smaller studio absolutely crush the design of a game from top to bottom without requiring millions of dollars and hundreds of employees. This is the closest to a 10/10 for me in 2018.