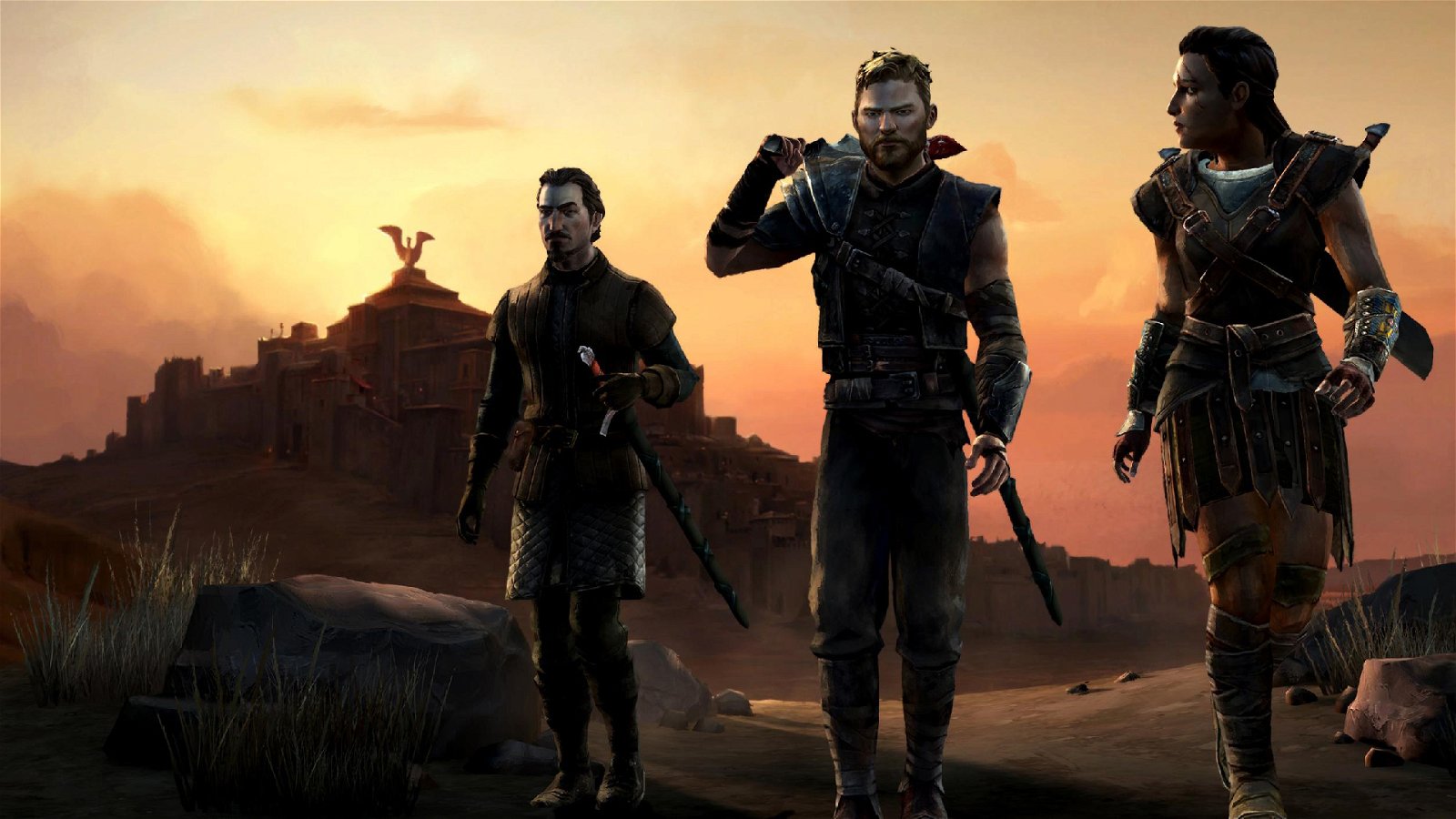 The latest episode of Telltale Games’ Game of Thrones is pretty good. It, like the rest of the series, moves along at a fast pace, each of its scenes filled with the sort of treacherous decision-making that has defined the developer’s output over the last few years. While satisfying on a basic, moment-to-moment level, it’s the second to last episode in its season and enough time has passed that we can begin to think about the game as a whole.

One of the best decisions Telltale could have made with their breakout The Walking Dead adaptation was to centre the story on a (mostly) original cast of characters. I’m no great fan of either the comic books or the TV show, but the videogame was released with a promise that people like me would be able to get into the season just fine. And that was true. Lee, Clementine, and the group of survivors they travel with do a great job explaining themselves and the zombie-infested America they inhabit without Telltale requiring players to rely on any outside knowledge of the fictional world the game draws from.

The studio has taken a slightly different approach in Game of Thrones. The controllable characters—members of the Forrester family and Gared Tuttle—aren’t discussed in George R.R. Martin’s A Song of Ice and Fire books or HBO’s TV show. The violent rivalry they have with House Whitehill over control of a lucrative forest is also invented. These elements of the story are set against the backdrop of Martin’s fiction, borrowing history, political structures, and setting, but they’re otherwise original. Still, the story doesn’t resist the addition of familiar characters from the show for long. Once players have been introduced to the main cast, they find themselves interacting with a veritable who’s who of the series’ most recognizable figures. Jon Snow inducts the player into the Night’s Watch; Ramsay Bolton comes to the Forrester’s home to mess with their family; and as the handmaiden in King’s Landing, the player has to negotiate conversations with Tyrion and Cersei Lannister.

Each of these characters is voiced by the HBO show’s actors and rendered in their likeness. The familiarity of their appearances and voices makes it clear that Game of Thrones is interested more in trying to make an interactive spin-off of the TV series than its own take on the fiction. This is furthered by Telltale’s decision to involve their original cast in events from the books/show. The game begins with the notorious Red Wedding and its plot continues to reference, or cross over with, the source material’s story. Because of this, Telltale’s story feels like a sidenote—like none of it is of any real consequence when compared to the more important “official” plot developments influencing its narrative.

This problem was avoided somewhat in The Wolf Among Us. Like Game of Thrones, Telltale’s previous series used familiar characters from the Fables comic book. The saving grace was that it also reinterpreted the source material’s plot and aesthetic in order to create something that felt like its own creation. Fans of the comics got to see a new take on a familiar story; newcomers were given a story that played out without unnecessary references to its source material’s overarching plot.

Telltale has a long history with licensed games, its catalogue including titles based on comics like Sam & Max, Bone, The Walking Dead, and Fables, TV shows like CSI, and films including Jurassic Park and Back to the Future. Its entire development history involves finding ways to make something new out of beloved media. For the most part, Telltale seems to have accomplished this. As well made as Game of Thrones is, though, its inability to escape the shadow of its source material takes away from the originality of its storyline. Because players are forced to remember that the characters they’re interacting with are ultimately of little importance to the world they’re a part of, they become trapped within the confines of an existing plot. Attempting to kill someone we know is still alive in the universe of the books feels pointless; trying to influence the politics of King’s Landing will never lead to anything of importance because we already know what will happen to the major players. All of it gives the impression of fan fiction—officially licensed, sure, but fan fiction all the same.

There’s nothing wrong with finding inspiration in established fiction, but Telltale Games has always been more talented at departing further from source material than they currently are with Game of Thrones. The studio’s previous approach—reinterpreting fiction or inventing entirely new plot lines—has been very successful. But, with Game of Thrones, Telltale is making high production-value fan fiction, with all the limitations that presents.

File Under: Game of Thrones, Telltale games, The Walking Dead, The Wolf Among Us