When Death Becomes A Joke! 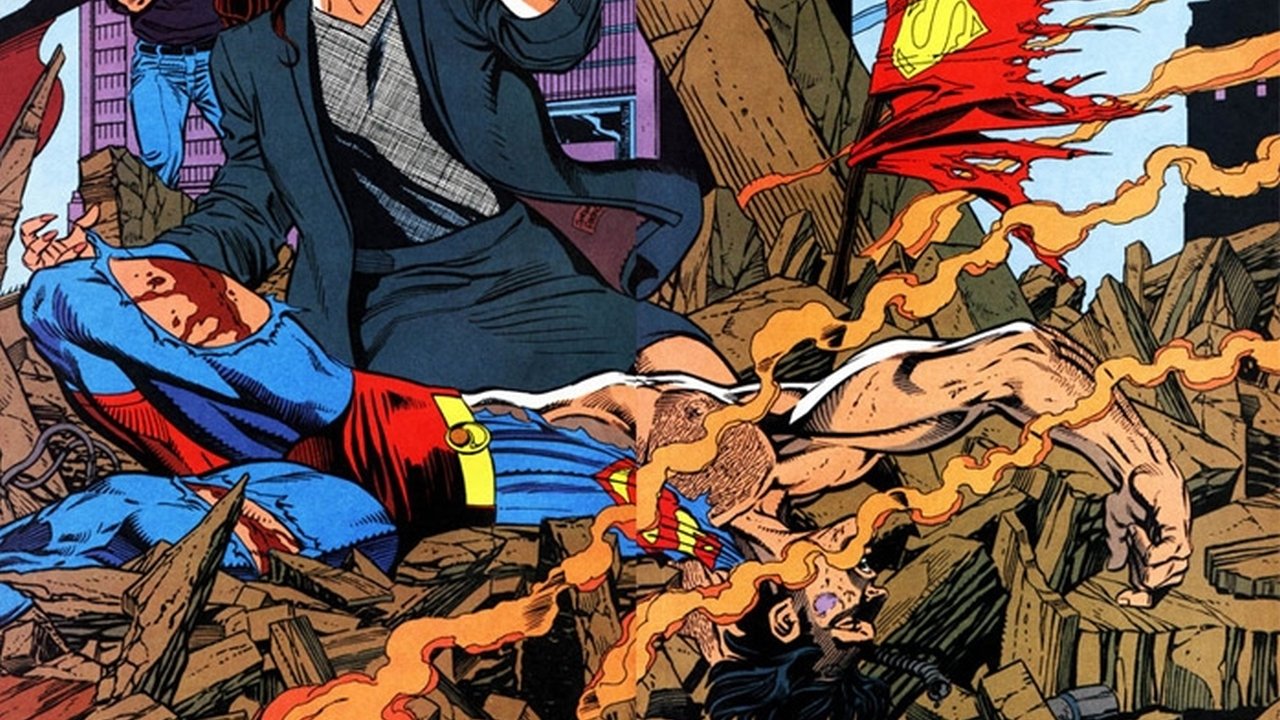 If there is one thing in life that is no joke, it’s death. It’s so finite. There is no coming back from that, unless of course you’re a comic book character.  Then you have just as much of a chance to return from the dead as you do waking up in the morning.  I can say with undoubted certainty that this once novelty angle has now become a parody. In the last few years, it’s gotten so irritable for many that even the most devoted comic book fans chose to boycott or simply quit buying the books. I haven’t quite given that much up yet, but after a while, the whole death thing got old. It seems that unless you’re Uncle Ben, you’re as vulnerable as the next person.

Before I continue, I just want to clarify that this is not a rant about the issue. But the feeling of nuisance cannot be avoided when these publishers feel the need to constantly kill off major characters only to bring them back not long afterwards. The shock factor has faded. No one is surprised anymore if a major character takes a fall.

I’ve compiled a small list of major characters dying and returning in the same decade. Between the years 2000 and 2010, we’ve seen the deaths and returns of: Aquaman, Batman, Booster Gold, Captain America, Colossus of the X-Men, Donna Troy, The Flash (Bart Allen), Hawkeye of the Avengers, Martian Manhunter of the Justice League, The Thing of the Fantastic Four, and Wasp of the Avengers. And this is only to name a few. A much larger list can be put together. These are all major characters that died and returned, all within the last ten years. Makes you wonder if these publishers can make their minds up.

But that is not to say that they haven’t done a good job of it at times. My focus when someone dies in the storyline is not if they die but how they die. And when they are brought back, it’s not if they return but how they return. I tend to enjoy the experience better when I kind of push the irritability to the back of my mind. It’s the least I can do if I want to have fun reading these books.

Easily the greatest death in the comic book industry was in 1992, which saw the epic The Death of Superman story released. While many heroes and villains had demised by then, to have this icon killed off was unheard of. News channels, newspapers, and magazines from the world over covered this event. Local comic book shops were witness to long line ups that turned the corner filled with fans ready to get their hands on the books. It was the closest to a rock-n-roll craze the comic book industry could get. But this experience would not be relived, especially recently when major heroes dying is as natural as them stopping a bank robbery.
In the last several years, countless characters have been killed off, both major and secondary. Some have returned. Others haven’t. But you can’t help but question if and when any of the latter will resurrect. One creative team might have an idea that needs a character to be killed. Months or years later, when a new creative team is at the helm, they might have an idea that needs that same character alive. So they devise a story in which they bring said character back to life. It’s this game of do-and-undo that pretty much describes the death-and-returns in comics.
As mentioned, some of these have been really well pulled off. The two that come to mind are Batman and Captain America. Leave it to the two most iconic superheroes that fell in recent years to have the best returns from the innumerous ones we’ve had to go through. I guess that’s why they are the cream of the crop.
I’ll begin with the Star-Spangled Avenger first. Following Marvel’s Civil War, Captain America was assassinated on the steps of a federal courthouse. So far, this looks like just another death looking to help boost sales. His eventual return in Captain America: Reborn was a story that told of his “rebirth” as the title suggests. But what made me a fan of this entire ordeal is what happens once Ol’ Cap is back. He does not become Captain America. I repeat, Captain America returns to not become Captain America again. Instead, he chooses to keep his civilian identity of Steve Rogers and becomes the new head of S.H.I.E.L.D., the world peacekeeping task force, a position formerly held by Nick Fury and Tony Stark.
To elaborate on why this was enjoyable for me is that it is realistic to me. After all, if any of us have a near death experience, chances are we will change our outlook on life. Some will even take their lives in a new direction. I take that approach to Captain America’s return. He “died” and came back. But he sees this as an opportunity to take his life down a different path. It’s realistic for him to have new goals. He gave his blessings and his shield to his former partner Bucky to continue on as Captain America, while Steve Rogers focuses on much larger issues he feels he is qualified for.

As for Batman, his return was a fun ride. He was zapped back in time during the Final Crisis. The world thought he was dead. That was not the case. In Batman: The Return of Bruce Wayne, we found out where he was and we watched his slow and eventual return to the present. Each issue of this mini-series took place in different time periods, as Bruce placed clues and evidence in a previous era to discover them in the future. It truly displayed his masterful investigative skills, proving that he is indeed the world’s greatest detective. Naturally, in the end, he returns. Who didn’t know that would happen, right? Even if Dick Grayson held his own as Batman when his mentor was gone, how can DC Comics continue on without Bruce Wayne, the original Dark Knight?

Much like Captain America, I was more enthralled with what Bruce Wayne does upon his return. An epiphany! And Bruce decides to take his life in a whole new direction. A direction we feeble-minded mortals would never think Bruce Wayne would take Batman in. He launches a new operation he calls Batman Incorporated, which will see an expansion of Batmen stationed around the world. Thus, Bruce Wayne is no longer focusing on protecting the streets of his hometown of Gotham. His death-and-return made him realize that there’s a whole world out there worth saving, and if anyone has the means to afford this operation, it’s our favorite billionaire son, Bruce Wayne.

My intention is not to demean the concept of killing off major characters and resurrecting them at the earliest convenience. But if you’re going with a timeworn idea, at least have the decency to make it unique and interesting. Ed Brubaker and Grant Morrison did just that with Captain America and Batman, respectively. If someone is killed off and then brought back to have everything go back to the way it was, I have to ask what the point was in the first place. Unfortunately, in most cases, that’s the formula. And it’s a hell of a peeve for far too many readers. And the last thing any comic creator and publisher wants to do is piss off their consumers, faithful and loyal ones at that. If anything needs to be killed with no rebirth is this abuse of death-and-returns in comics.
File Under: