Your Map is Upside-down 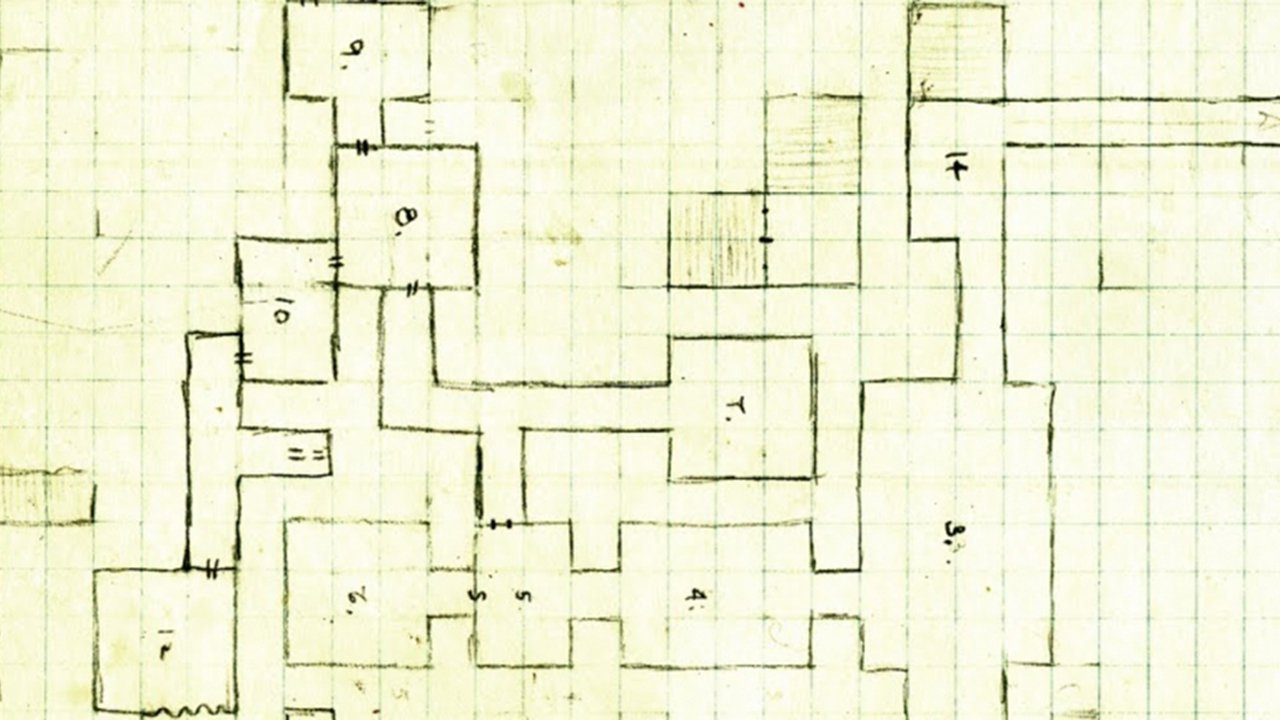 Remember a time, long, long ago, when people would justify gaming by explaining how it helped develop hand-eye coordination and map reading skills? Not that gaming really needs justification, but I’m sure many of you remember those times.

It was true. Gaming does definitely work on your skills and reflexes. It trains you to react more quickly. It also did do a nice job of helping people with maps and special awareness. You would play some of the older games where you’d need to remember intricate routes, get used to navigating by landmarks and using references that you were given in game.

An NPC might tell you to head north until you found the twisted oak, then travel west. So that’s just what you’d do. You had to explore and find the path yourself. Naturally you could always just wander around and explore the old fashioned way. For many of the older games, there weren’t handy maps that showed you everything. The old “gold box” D&D games for PC often had players pulling out the graph paper to chart out their explorations. Or the old Phantasy Star games on Genesis with their first person dungeons.

These days, map reading and following directions seems to be a lost art. In modern games, you’re rarely ever given general directions or clues as to how to find something. For the most part, they just tell you outright. And of course, who can forget the Elder Scrolls’ addition of the quest arrows and map markers? Why explore when all you have to do is follow the giant glowing arrow? And the handy compass shows all the dungeons and special locations scattered around you. All you have to do is follow the markers and you’re there.

What ever happened to exploring? There was a time when players enjoyed wandering the lands of a game world and seeking out the secrets it holds. There were many a time when my friends and I would play the same game and share our experiences as we discovered new locations and secrets the other didn’t know about.

Kingdoms of Amalur: Reckoning is a bit of a slap to the face of classic exploration. The game claims to have endless areas and secrets for players to explore. The problem is, there is no real exploration to it. There are countless hidden stashes around the world, however you can’t find these without the Detect Hidden skill. So even if the stash is right in front of you, without the points in the skill it won’t even be clickable. Yet once you do have the points in the skill, it literally lists the “secrets” on the map for you. So all you’re really doing is stopping by all the clearly labelled stashes scattered around. Someone needs to explain what exploration means to the devs.

There’s also a great deal of games that have dropped the open world and exploration methods of previous titles and gone to a more linear route. Now there’s nothing wrong with that in itself. Not every game needs to have tons of exploring and such. But games like the Elder Scrolls, which had you manually mapping out areas and finding secrets in the earlier games and now simply show you where everything is a drastic change. And not all change is good.

There are a lot of players who still want to have that sense of wonder when they explore areas. They enjoy finding new places and secrets and telling their friends about their experiences. When everyone basically has the world laid out for him or her that sense of wonder tends to be replaced with a sense of tedium. You’re no longer exploring, rather just moving from one location to the next to be thorough. Instead of wondering what you might find around the corner, you’re just heading for the next spot on the list.

Naturally not everyone enjoys exploring. And that’s fine. But games that have the opportunity to give players the freedom to explore should put that option in there. The Elder Scrolls or new Fallout games could simply remove the icons from your radar so that you don’t know where everything is off the bat. And there’s definitely something to be said for random maps, making every experience unique.

Some games still hold true to the classic ideas of exploration. Hard Reset is a shooter that has a lot of that “classic” shooter feel from the old Wolfenstein and Doom days. Back when there were secret rooms and power-ups everywhere. Playing through that game, you would find nano, their money resource, scattered everywhere. Sometimes you had to blow open a wall or backtrack along a ledge or even just peek around behind a dumpster.

Unless you’re looking at the indie game scene, where classic gaming ideals abound, you won’t generally find too much in the way of exploration and map reading in modern games. And it tends to reflect a lot in modern gamers. It’s quite common to find people in World of Warcraft who are given directions to someplace and struggle to figure out how to get there. Without marking areas clearly on the maps a lot of players would get lost and frustrated. And it’s a sad thing to see. Basic skills that many take for granted seem to be undeveloped by a lot of newer gamers.

Most modern games hand hold players through everything. Basically leading them by the nose straight to everything, without giving them an opportunity to figure out how to find things on their own. Walkthroughs and guides have become a lot more common in recent years as without them there are countless players who would spend their time hopelessly lost. Even in games that do hand hold them.

The gaming community is in need of the return to some classic gaming concepts. Exploration and discover should be something to be cherished and enjoyed, not feared. We need to get the skills from yesteryear back, when players could navigate a massive maze and easily memorize their way through countless junctions. These should be basic gaming skills, not something that players have to rely on guidebooks for.