Aftercharge Preview – A Blend of Ideas 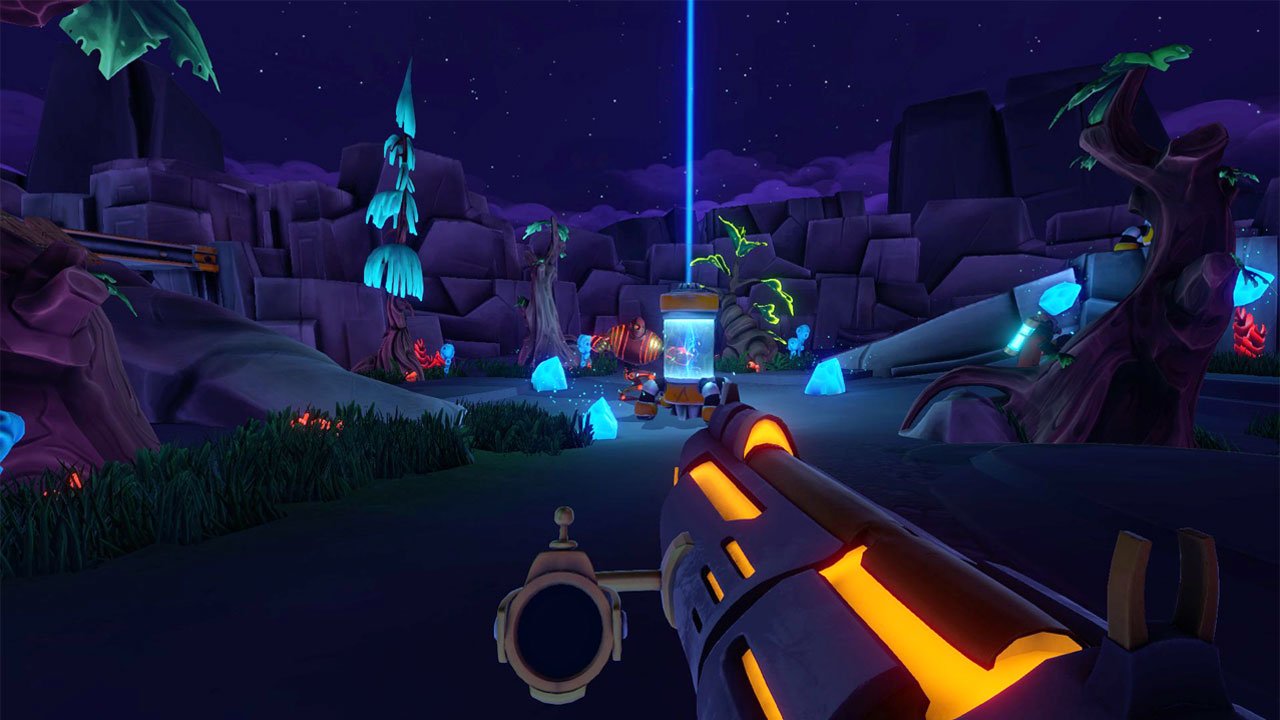 Aftercharge is a deceptively complex game.

Developed by Chainsawesome Games, Aftercharge is a 3 versus 3 asymmetrical shooter. Players are assigned to a team of robots or guards, alternating roles between rounds. The robots are tasked with destroying six structures called extractors while the guards must defend the extractors. The game is still in development, but in my time trying out the title, I discovered a game that a unique blend of fresh ideas.

What makes Aftercharge so different is that the guards are essentially invincible. Their health recharging so long as they’re within range of an extractor while at the same time, the robots are invisible so long as they’re out of the extractor’s range.

Playing as the guards felt like a more typical team-based shooter. With a limited range of view, it was important to call out what could be seen by each player. As powerful as the guard’s gun is, it’s difficult to defeat one of the robots single-handedly before they destroy an extractor but with the help of one or two of your teammates, robots can be taken down almost instantly.

Playing on the side of the robots can give players an entirely different experience. Unlike the guards, robots aren’t constantly self-healing, putting them at what first seems like a major disadvantage. However, robots are able to revive fallen allies, simultaneously recovering a portion of their own health. The robots use melee attacks, forcing players to balance between their stealth and offensive tactics. Players also need to manage between staying close enough to teammates in order to revive them but far enough so that they’re not all caught and wiped out together.

Aftercharge feels like a unique marriage between three separate styles of gameplay. The guards offer a tower defence style game while the robots offer a stealthy, almost treading into survival territory. These are both brought together under the umbrella of a team versus team shooter.

Aftercharge is currently planned for launch on PC via Steam in early 2018.