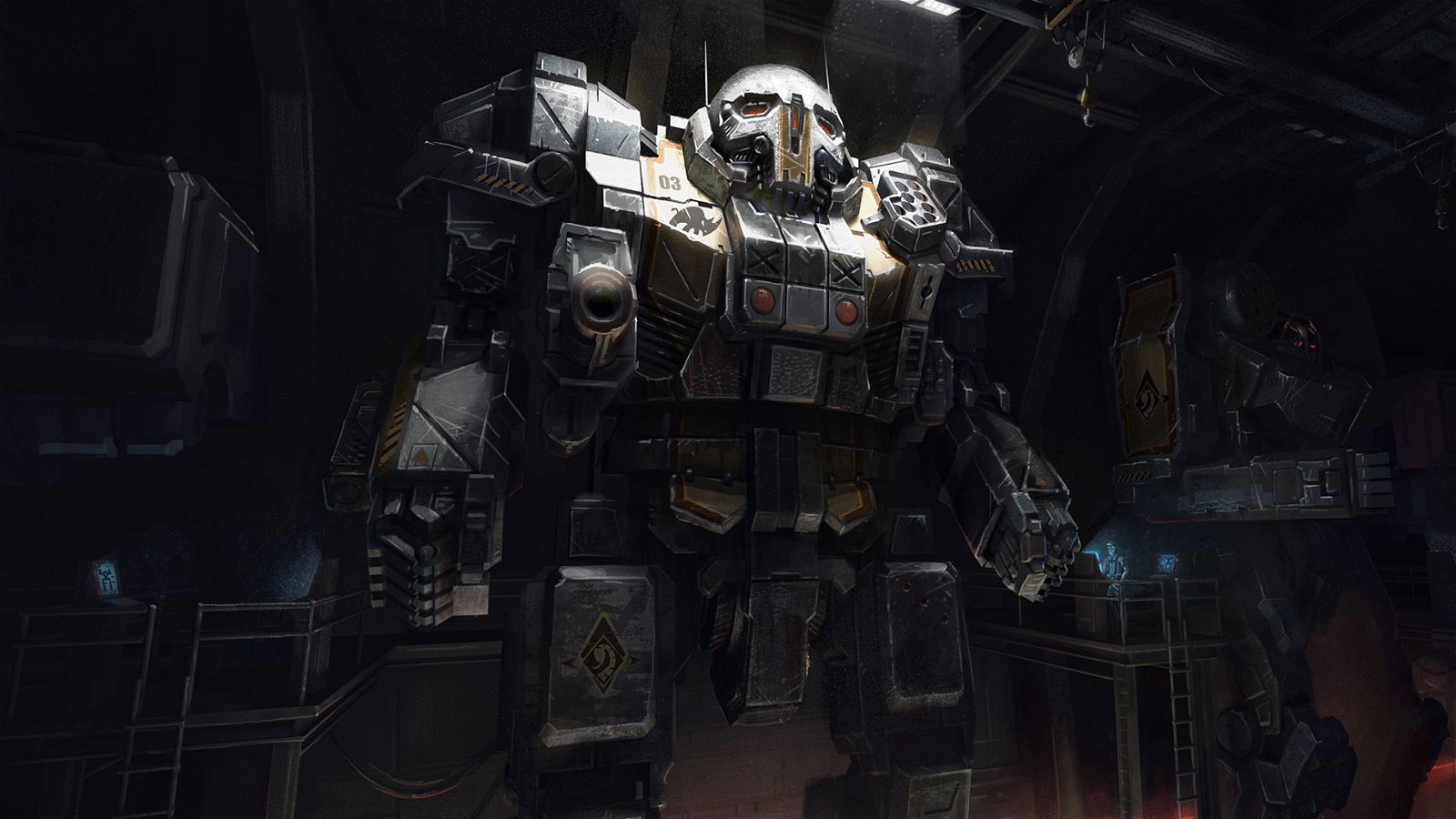 If you read my post back in 2015, it’s no secret that there’s been a new BattleTech game in the works by Jordan Weisman (AKA the guy who freaking invented BattleTech) at Harebrained Schemes. But unless you were a backer, you might not have heard much on the matter since.

Well, dear reader, allow me to change that for you, as I’ve had a weekend to spend previewing the current beta version focussing through the skirmish mode, and oh man, it’s a doozy.

For those not in the know, the BattleTech lore is centred on the 31st century (give or take a few hundred years, depending on which end of it you’re looking at), where battles are often fought by elite warriors piloting big BattleMechs. There’s a caste system, civil unrest, warring houses, and the good guys are probably the bad guys (or at least not the rightful heirs to their part of the galaxy), it’s all very Game of Thrones-like. In space. With robots.

It’s awesome— and now it’s back. I don’t mean back like that money-grubbing grindfest, or that fun one that keeps getting cease-and-desisted by the first, or that other one that’s missing in action, I mean actually back, and being created in earnest.

On the surface, BattleTech doesn’t have a lot to show for itself now that it’s playable. It’s a tactics game, and it currently features a skirmish mode against AI or players. But get a couple games under your belt, and start to play around with some of the Mechs and pilots in the drop screen, and you’ll quickly realize that there’s an awful lot going on under the hood.

Drop selection works similar to how you might expect from previous serialized MechWarrior games select four Mechs, four pilots, and go. Glancing at the info panel for the first time, though, it’s easy to see where the depth comes from. As we’ve come to expect, Mechs are broken up into weight classes of Light, Medium, Heavy, and Assault. This is decided by tonnage of the frame and loadout of a ‘Mech. Lighter Mechs are smaller and faster, generally making them better scouts and harassers, while heavier Mechs pack on more weapons and armour at the cost of speed. Which is fairly obvious for this type of game.

What’s less obvious is the role that pilots play. Pilots have four main skills: Gunnery, Piloting, Tactics, and Guts. Ranged hit chances, melee and death-from-above (jumpjet-related goomba stomping) hit chances, line of sight and info gathering, and heat management are derived from these respectively. In addition, each pilot has an ability that can grant them anything from the ability to ignore cover if attacking with a single weapon, to gaining damage resistance when opting out of movement for a turn. With these in mind, the same pilot can be used to very different effect in different Mechs, and the inverse is also true of Mechs with different pilots.

Currently, Mechs are offered in official variants of Inner Sphere manufacture (the game follows the original tabletop timeline, starting in 3025), but there are no shortage to choose from with dozens on offer. Drop value can be set between 15, 20, and 25M C-Bills (no Lyrian Scout Lances just yet), giving quite a few dynamic options in a match. Think one assault, one heavy, and two lights if you’re unsure what this might mean on the high end, and more like three lights and a beefy medium on the low end. Loadouts feature the usual Energy/ Ballistic/ Missile dynamic, with Energy having no ammo cost but generating lots of heat, Ballistic consuming ammo without excessive heat generation at the cost of an accuracy penalty for firing multiple turns in a row, and Short-Range Missiles clobbering Mechs like shotguns and Long-Range Missiles doing less damage with the advantage of indirect delivery.

Really, from this point on, it’s remarkably reminiscent of the tabletop ruleset. Weapons have optimal ranges, dead zones, max ranges, with varying chances to hit along that curve, firing arcs respective of torso twist and weapon placement within the Mech, and arms, legs, head, left/right/centre torso front and rear zones to be hit and destroyed. Mechs build up heat while firing and being hit, dissipate it rapidly while forgoing turns, can be put off balance and knocked down through repeated impacts, and recover by Bracing for a turn at the cost of passing on firing. And, because it’s a tactics game, positioning is everything.

What I find difficult to convey through words alone is just how proficient the game is at seamlessly meshing all of these systems together. Shots can only be “Called” on downed (or powered down) Mechs, but standing behind a target allows shots to impact weaker back armour. Standing to the left will favour the left arm and torso, and so on. There’s a real value to maintaining constant fire on a particular side of an enemy (in the hopes of destroying a weapon, or causing a detonation of stowed ammo), at the cost of allowing enemies to gain a positional advantage against you if your units aren’t watching their own surroundings. And don’t forget, melee is absolutely an option—as is dropping on a target with jumpjets! Sure, Assault Mechs might end up in slugfests with large ordinance payloads, but combat tends to play out in messy, frantic skirmishes rather than predictable brawls more often than not.

This is further expanded upon with the game’s Initiative system, where each round consists of five phases corresponding to the four weight classes and a fifth for Light Mechs with a pilot Initiative Ability bonus. The lighter the Mech, the earlier it acts, but any Mech can “Reserve” to act in a later phase (down to the final phase, at which point all remaining Mechs must act). This can allow for a tactical delay to draw out an enemy, or a chance for a better-coordinated assault. Again, like so many other features, it’s very intuitive and easy to master, but it’s very powerful in its potential applications.

And that is perhaps BattleTech’s greatest success. Much in the same way that Final Fantasy Tactics, or Hearthstone took complex concepts and hid them beneath an approachable veneer, BattleTech has taken decades of rich lore and development, and offered it up in a very easy-to-use, easy-to-learn package that’s every bit as palatable to newcomers as it is rewarding for long-standing fans.

With that being the takeaway from the Skirmish mode, I can’t wait to see what comes with the campaign come full release later this year.