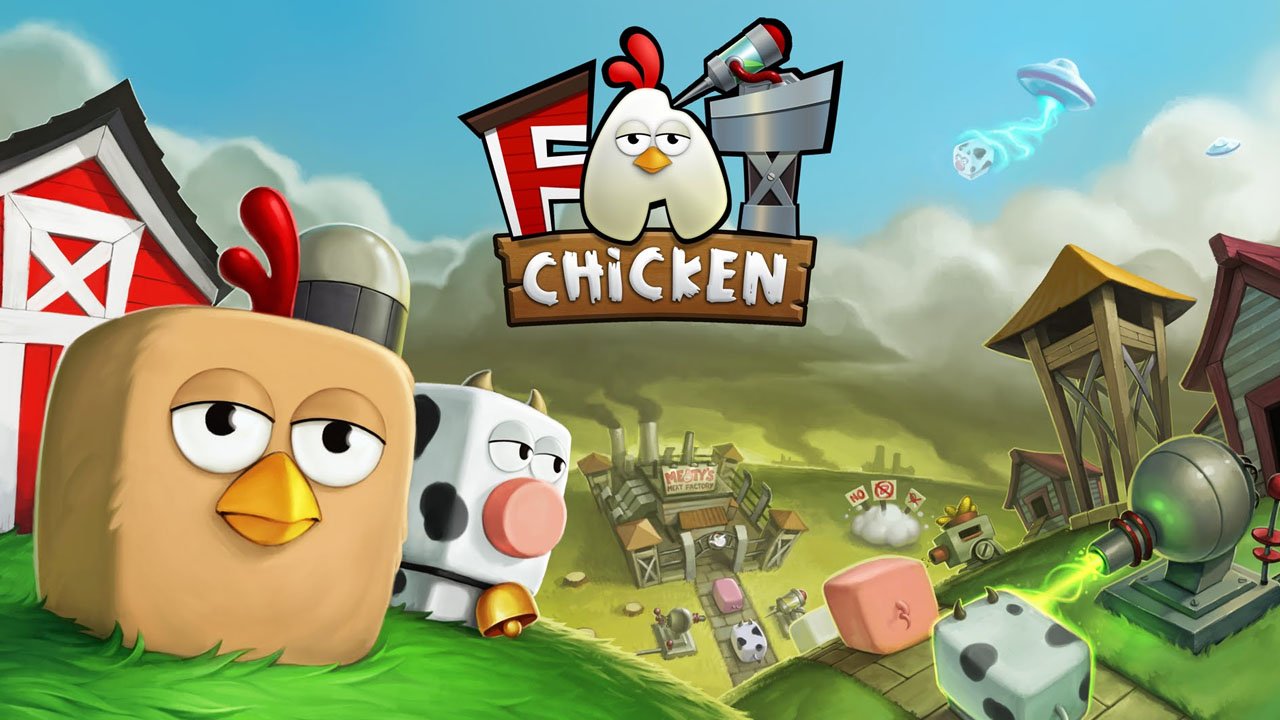 “Reverse tower defence” is a term used to loosely describe any tower defense game in which you aren’t just building towers to defend a base. In the case of Fat Chicken, reverse tower defence means you’ll be building towers to strengthen the convoy instead of weakening it. By strengthen, of course, I mean genetically modify, and by convoy I mean a herd of chickens, cattle, or swine on their way to slaughter. Fat Chicken, released on Steam Early Access in October by developer Relevant Games, is ostensibly veiled as a commentary on Monsanto, but struggles to find its identity on the way.

The game opens up with a little monologue from your boss (and “Fat Chicken Meat Company” HR Manager) Ms. Melendez, welcoming you to the team as she gets you up to speed with things. Melendez insists that the “Fat Chicken Way”—literally shooting up livestock with as many hormones as possible to meet the meat quota—is certainly not unethical and is the best way to “su¢¢e$$,” aka “Murderbux.” It’s laid on so thick that it’s impossible not to catch the satire, but that doesn’t stop any cognitive dissonance. You’re immediately introduced to the idea that Melendez and Fat Chicken Meat Company are irrevocably bad and you don’t really want anything to with them, yet you’re given no way out. Perhaps that permanence is what Relevant was trying to get at, but it only made me uncomfortable instead of making me think. Matters only got worse when Barry Graveson (aka “Gravy” (aka get it?)), a dreadlock laden “hippie” archetype, invites you to his team of anti-Monsanto protestors. Graveson’s monologue implies that you turn down his offer, despite me yelling at the screen for him to take me with him.

Relevant Games made the somewhat unconventional decision to make the gameplay of Fat Chicken 3D, however, the camera controls are clumsy, so I immediately changed my camera to top-down anyway. Fat Chicken doesn’t do anything particularly interesting with the 3D graphics either, except maybe the UFO’s which look kind of cool as they putter over and use their tractor beam to steal away your livestock. The gameplay is equally middling; towers and upgrades are generic, while the level design is complicated and rewarding by requiring you to manage multiple convoys while taking note of which units need to be fed with the corn cannon. Some paths will have water on them for the livestock to hydrate, but others will require water towers be built. Once the UFO’s are dropped into the mix, the game becomes exponentially more difficult as you start building expensive, single-purpose AA turrets. I’d go so far as to say it’s fun if I wasn’t still disarmed by the fact I’m lining these animals up for slaughter.

Fat Chicken works on many levels; it’s a competent tower defense that’s both difficult and approachable for players of all skills, and it’s got a decent amount of content with harder alternatives for each level, as well as a three-star rating system for perfectionists. Still in Early Access, it’s probable that even more content will be added in the future. Unfortunately however, the game’s one interesting aspect, its commentary, doesn’t click. It’s overbearing and ultimately uncomfortable. While it’s clear that Relevant Games, developer of the less-conspicuous game about landfills, Scrap Squad, means well, Fat Chicken manages only to mock, instead of muse.