Nioh Preview: Shaping Up to be Brutally Difficult

Nioh is an upcoming ARPG from the crew over at Team Ninja. The temporary beta has been running this week on the PS4. Essentially, there is one major question that, depending on the answer, will decide whether or not Nioh is for you.

Have you ever wanted a game that took threw Dark Souls, Ninja Gaiden, and feudal Japan into a blender? If so, Nioh will be right up your alley. 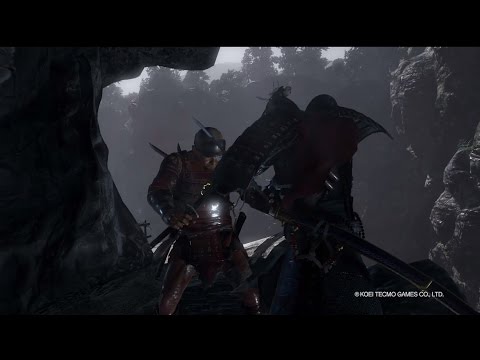 The story revolves around a sailor named William Adams. He ends up in Japan, then slices and dices his way into becoming a samurai. It’s a tale we’ve heard a million times before, so that’s the last I’ll say on it. Besides, considering this is only a demo, who knows where the narrative will wind up going?

What’s has been shown most all so far is the gameplay, which Team Ninja have cribbed heavily from Souls games. So much so, in fact, that there’s a point where major features and mechanics feel instantly familiar—familiar, but not exactly the same, which is both cool in a few ways and sort of irritating in others.

To start with the cool, Nioh is a third-person ARPG that features a lock-on, dodge, block and parry system for melee combat. Various weapons are available, with more on the way, and players can take a variety of approaches to the combat. The weapons all fall into four categories: the Katana, the Duel-Katana, the Spear, and the Axe. There are also two separate categories for Ninja and Onmyo Magic for those of you who prefer a ranged or caster build. Like Dark Souls, each weapon scales differently with one of eight different statistics.

These statistics are levelled up at shrines (bonfires) using Amrita (souls). However, a neat twist on the system is the various skills and combos that can be unlocked. Each weapon category that opens up different combos and attacks as you level them. Rather than just dumping points in stats to improve your attack rating, players are able to add a deeper level of customization to their preferred approach to combat.

Another twist on a classic mechanic is the Ki system. Underneath your health bar at the top is a very familiar looking stamina bar, but rather than stamina it is now an energy that is used for different kinds of attacks. This meter can be replenished by hitting a button at the correct time following an attack. It also has the added benefit of allowing skilled users to chain together even longer combos provided they can continue refilling the Ki bar.

As for another one of the Souls series’ more infamous features that Nioh is evolving on is the difficulty. This game is tough, and even veterans of From’s games will find themselves challenged here. Enemy attacks often do massive damage, and rolling through or blocking/parrying attacks will take some getting used to.

Visually speaking the game looks decent enough, but nothing to write home about. Character models and textures are pretty sub-par, but for games like this only one technical quality is important: the framerate. So far, Nioh plays extremely smoothly and clips along at what appears to be at least around the 60fps mark. There were mentions earlier this year of an option to switch between 1080p/30fps and 720p/60fps but that option is not available in the demo. Either way, fans of action games know that speed>detail, and a game that has fast and buttery combat is preferred over one that has great graphics but moves at a sluggish pace.

Nioh is shaping up to be a game that will surely whet the appetite of gamers looking for a new twist on the Souls formula. Looking past the many, many similarities between the games, it looks like it will be a blast for anyone who enjoys fast, fun and difficult third-person combat. The game still doesn’t have an official release date, but hopefully once the demo ends Team Ninja and Koei-Tecmo can nail one down for those who enjoyed what they played and want more.