A Conversation with CEO Yasuo Miyakawa 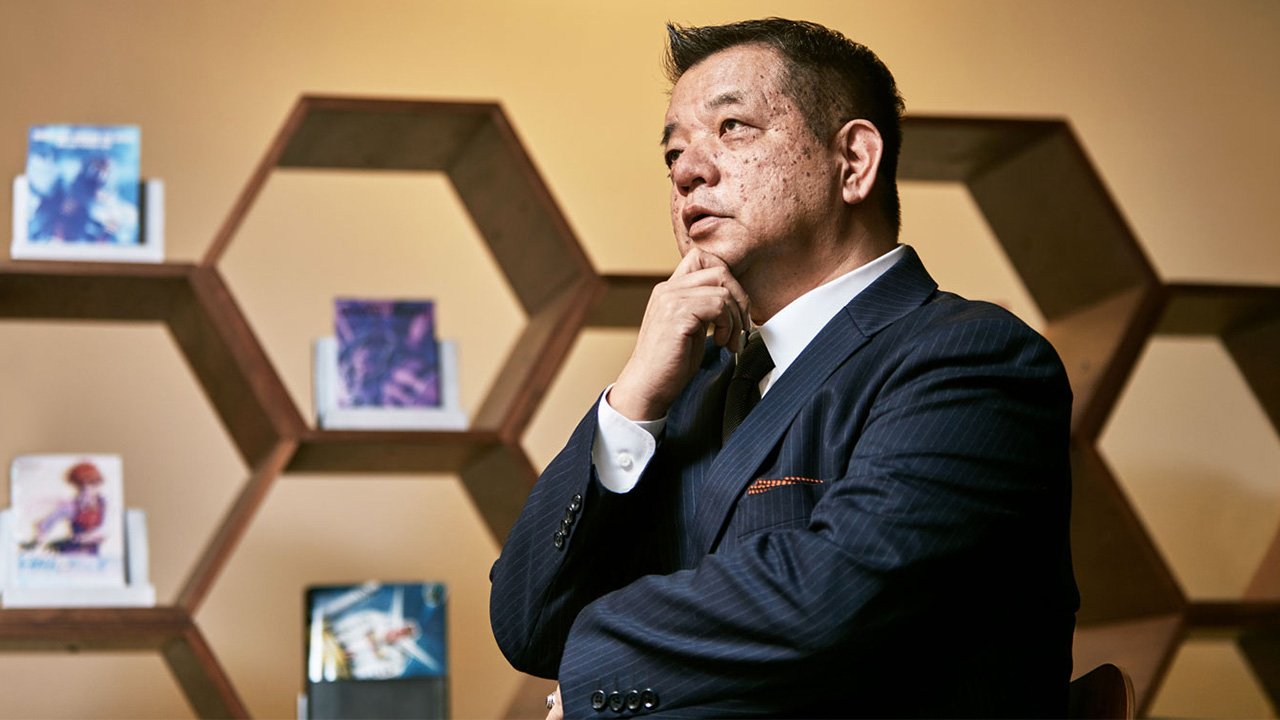 Known for Pac-Man, Soulcalibur, Ace Combat, and Gundam, Bandai Namco Entertainment currently is a major player in media, gaming and licencing. From the slew of anime titles under their belt to the sea of classic and modern releases hitting modern platforms, the company is a Japanese powerhouse in the entertainment space.

Year after year, Bandai Namco Entertainment has worked to bring people worldwide titles that while not all mainstream, offer a take in the industry few companies achieve. They are a publisher willing to take risks with new ideas and have managed some of the most iconic titles in Japanese media. Now, with Yasuo Miyakawa at the helm, Bandai Namco Entertainment is poised to make interesting moves, and ready to take on a worldwide approach to gaming, and media in general.

At Collision 2020 CGMagazine was lucky enough to get a chance to talk to Yasuo Miyakawa about his career, the future and how his past work is helping him shape the future vision for Bandai Namco Entertainment. From Gundam to Pac-Man, Yasuo Miyakawa is excited for what Bandai Namco Entertainment has to offer, and how it will evolve as media moves further towards 2021 and beyond.

CGMagazine: How has moving over to Bandai Namco Entertainment as CEO from Sunrise shifted your focus and direction?

Yasuo Miyakawa: In all due honesty, nothing has changed. How things are portrayed is different between video games and animation/films, but the want to create quality hasn’t changed a bit.

CGMagazine: How has your time at Sunrise helped guide your tenure as CEO of Bandai Namco Entertainment?

Yasuo Miyakawa: My experience has given me the professionalism needed in creating various images and animation, which I see as something valuable in determining how video games and animation/films can leverage and meld together as one.

CGMagazine: Bandai Namco Entertainment Has a strong presence in Japan and is getting a stronger foothold in the west. How do the different markets shift the focus of the company, and how has that changed over time?

Yasuo Miyakawa: We are known for delivering quality Japanese content throughout the world, but I would like to set-up our global companies in each region to develop products from their perspective that can cater to the global audience.

CGMagazine: With a wide range of IP in the Bandai Namco Entertainment portfolio, are there any the company plans to focus on, or any they want to bring to the west that may not have been previously?

Yasuo Miyakawa: We have many new and exciting IPs in works now, such as “ELDEN RING” in co-development with FromSoftware, Inc., “SCARLET NEXUS” which will take to the stage for the next generation of consoles, and “BLUE PROTOCOL” which will be published by our group company, BANDAI NAMCO Online Inc., so please stay tuned for more news to come.

CGMagazine: Anime has increased in popularity worldwide, how has that shift helped Bandai Namco Entertainment, and what plans do you have to continue this trend moving into 2021?

Yasuo Miyakawa: BANDAI NAMCO Group has been conducting business for over 30 years around anime and IPs. We believe that anime will continue to grow and gain popularity throughout the world, so we will continue our focus on delivering quality products and services for this genre.

CGMagazine: What does the future look like for Bandai Namco Entertainment, and what initiatives are you spearheading to move the company forward? Do you plan to refine old ideas, or work on building new initiatives?

Yasuo Miyakawa: We will be focusing on two major initiatives.

1. Strengthening our IP axis strategy, and…

2. Creating a comprehensive entertainment business that focuses on more than just games.

We will work hard and take decisive actions to make those two initiatives a reality.

CGMagazine: Bandai Namco Entertainment has worked with some fantastic third party studios, do you see this trend continuing, and are there any partnerships you are particularly interested in in the latest lineup?

Yasuo Miyakawa: It is very important to us to create strong relationships with third party studios, and in particular, discovering upcoming creators with innovative ideas from all spaces. We are also strengthening our work relationship and development environment with our group company, BANDAI NAMCO Studios, to deliver quality entertainment content.

CGMagazine: Bandai Namco Entertainment has such a strong history in the entertainment and gaming space, how do you feel this history helps shape the future of the company?

Yasuo Miyakawa: BANDAI NAMCO Group has a 40-year legacy of nurturing IPs such as PAC-MAN and GUNDAM that offer entertainment to all generations. Our passion and knowledge to grow IPs and to achieve our goal of providing more fun for everyone, this is truly our pride and joy philosophy, and this will shape our company into the future.

CGMagazine: Moving forward, do you see Bandai Namco Entertainment focusing on New IP, or have a mix of established franchises and new concepts?

Yasuo Miyakawa: While we will be placing emphasis into creating new IPs, as a company, we also recognize and see it important that we develop both new and peripheral businesses.

Yasuo Miyakawa: As mentioned earlier, we believe it is important to discover upcoming creators from all spaces, including the indie space. In fact, we recently made an announcement of creating a business alliance with Phoenixx Inc.

Phoenixx Inc. is engaged in the indie game publishing business and has offered a wide range of support under their company principle, “Creators-Centric”, from discovering and raising indie game creators, to globally promoting their works. We also agree with and support their vision, and thus formed an alliance with them, with a future prospect of bringing creators and our catalog of IPs together to develop new and exciting games.

CGMagazine: Is there a property or IP that you personally have a strong connection with?

Yasuo Miyakawa: Three prominent IPs that I should bring up are Sailor Moon, Dragon Ball, and GUNDAM.

Back when we worked on Sailor Moon (Aired in 1992), we decided to work on both the anime and manga versions at the same time. This went against the standard of making anime for projects that proved popular through magazines and other venues. Back in the day, very few properties depicted girls in battle, so when we made our presentation of Sailor Moon, most were surprised and against the project, but in the end, it became a worldwide hit.

For Dragon Ball, I worked on a number of video games, and in particular, “Dragon Ball Z: Super Butoden 2” (released in 1993) is still very close to me. I remember vividly trying to convince my then supervisor of incorporating 16bit tech, and not 8bit, to ensure the graphic and audio quality would do justice to the property. In the end, the game became a hit and went on to sell more than 1 million copies.

As for GUNDAM, the first project I worked on was “Mobile Suit GUNDAM SEED” (aired in 2002), where we tried to approach the property from different perspectives. In particular, it was the first GUNDAM anime to have the opening and ending music change each season. This gave birth to eight music pieces, which we used for our live events, and I believe it was the first-of-its-kind where a live event was done with only anime music.