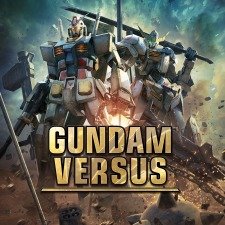 After the travesty that was Gundam: Extreme VS Force, it’s great to see Bandai Namco Entertainment bring a proper Gundam Versus game to the West. Packed with over 100 mobile suits from the franchise’s deep history of mecha, Gundam Versus for the PlayStation 4 is an addictive 2v2 arcade experience that I’m sure I’ll be absorbed with for months to come. Yet, the game has obvious flaws that stop it from reaching its true potential as a competent platform in its current state.

Gundam Versus first and foremost is a niche arcade title, offering no cinematic single-player mode or original story like current mainstream fighters. This leaves offline players with only a few arcade style modes to run through, which is sure to leave them unsatisfied after paying full retail price. The heart of Gundam Versus is in its online multiplayer gameplay, which remains as addictive as ever thanks to a fast-paced combat system that’s easy to learn, but hard to master due to the countless variations of playable robots and assists.

A typical match of Gundam Versus plays out like this: two teams consisting of two players each pick out their playable mobile suit, which costs a certain point value ranging from 200-500. Inexpensive 200 point units can be used multiple times in a match due to their cheap cost, but lack the power and utility options needed to be the anchor of the team. On the other side of the coin are the 500 point mobile suits, which offer the best abilities and weapons in the game, but will only be able to be used once or twice before it’s game over. After that, players pick out a striker, which is an assist unit with its own variety of abilities to keep every match feeling fresh and exciting to play.

The ever-evolving roster of Gundam Versus is deep and insanely fun to explore. Each mobile suit feels viable in a match, offering its own set of unique specializations and advantages that make it stand out from other possible options. Personally, I love melee style units, so mobile suits like Exia, Epyon, and Crossbone X-1 are some of my go-to Gundams to play as. Players are sure to discover their own favourite playstyle as well as they discover mobile suits that specialize in manoeuvrability, shooting, transforming, or team support.

The controls of Gundam Versus are one of its biggest barriers for many players. Because this is an arcade game it feels right at home to control on a fight stick, but players using traditional controllers have a harder time using all of the attacks and functions available to them due to the smaller button layout. Thankfully, players are free to map the controls to their personal liking to make things easier to use.

The largest problem that Bandai needs to fix though is the netplay. Unlike traditional fighters that only need two connections to operate, Gundam Versus normally requires four. If even one of those connections is poor, this otherwise great multiplayer game can become virtually unplayable due to lag spikes and constantly lost connections during the middle of a match. The simple answer is for people to get better internet, but the heart of the issue is that Gundam Versus takes a surprisingly large amount of bandwith to play online with and doesn’t matchmake players very well based on those differing connections. I hoped that this was an issue that would be addressed after playing the open beta a few weeks earlier, but alas the problem persists. The best solution currently is to play in open lobbies, where players can see first-hand how powerful people’s connections are before they play.

The last issue is one that mainstream players have against fighting games, and that’s DLC practices. Gundam Versus has launched with over $35 USD of day one DLC to keep North American players up to date with the Japanese roster of mobile suits, with another $25 USD worth of suits already planned to be released in the coming weeks. While most players may be upset that all of these day one suits aren’t built into the base game for free, I’m fine shelling out some cash for a game I support. Fighting games become richer with time and I enjoy being part of the launch experience because everyone is currently on the same skill level and discovering all the new mechanics and combinations the game has to offer. Waiting for a cheaper price or a “Super” edition is another viable financial option, but you lose the chance to play with players of equal skill level and the game becomes harder to get into as a result.

Overall, Gundam Versus is the arcade game that I’ve always wanted to see come West because of my attachment to the franchise and I’m excited to finally see it hit shore. Any Gundam fan is sure to have a blast as they explore the roster and see the love that has gone into animating each mobile suit with its most famous attacks and weapons. Players who aren’t fans of the franchise already can still have a lot of fun if they love a competitive multiplayer experience, and they may even get hooked on learning where some of their favourite mobile suits come from.

Gundam Versus is an addictive arcade multiplayer game that requires some TLC from Bandai Namco Entertainment to reach its full potential.
REVIEW SCORE
7.5
File Under: Bandai Namco, Gundam