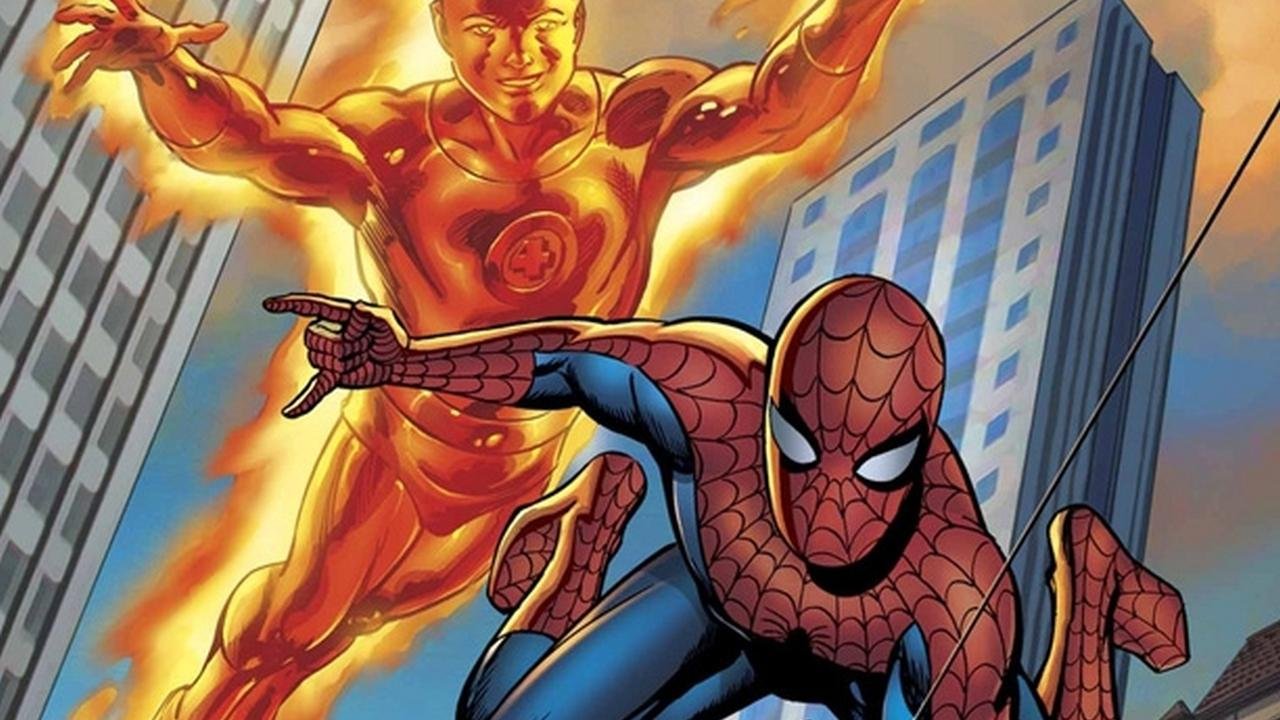 Ty Templeton is a pretty big deal in the comic book world. A writer and artist, he’s worked on marquee characters such as Batman, Spider-Man, and the Avengers.

In 1998 he was nominated for an Eisner Award for his cover art work for the Batman and Robin Adventures comic. Currently, he writes IDW’s Star Trek: Mission’s End and both writes and draws for Bongo’s The Simpsons title. And tonight, I’m standing in a cramped bathroom with him, on the second floor of a small building near Bathurst and College Streets in Toronto.

This small apartment-style space, above the College Street Animal Hospital, is the new home of the Toronto Cartoonists Workshop, an independent group of artists and writers who have been teaching the art of cartooning – especially comic book writing, inking, pencilling and lettering – for just over a year now. Tonight is the launch party of both the Workshop’s new space, and the first issue of Holmes Incorporated, the comic that Templeton’s Comic Book Boot Camp graduates completed over the summer of 2010.The two-room, one-kitchen and one-bathroom space is crowded with the instructors, founders, and students of the Workshop. Everyone is clinking beers to celebrate, so the bathroom is the best place as far as acoustics and lack of crowds for an interview. It’s especially important since Templeton says he is deaf in one ear.

“I think it turned out phenomenally well, especially when you consider the fact that at least half of the contributors have never been published before,” Templeton says of Holmes Issue 1. “The confidence and the quality of their work are pretty high. When you flip through it, it would be hard to believe that a lot of these people, as recently as just fifteen weeks before had never done anything like that.”

Holmes Incorporated Issue 1 is a collection of stories starring a detective agency formed from descendants of Sherlock Holmes. Templeton created the characters a few years ago when he was creating concepts for several public domain characters (so as to avoid licensing fees) for a small Toronto-based comics publisher. Alas, the company folded before many of these ideas saw fruition, but the TCW provided an opportunity to revisit these characters while simultaneously providing aspiring comics writers and artists the chance to see their work appear in print for the first time.
The Toronto Cartoonists Workshop was founded a little over a year ago by Walter Dickenson, who loosely modeled it after the Art Students League of New York. Rather than a set curriculum with essays and marking schemes like one would find at colleges like Sheridan and George Brown, peers would simply gather and learn from each other in a more ad-hoc environment. “They learn a little bit from each person and they pick what they find valuable,” says Dickenson. “And I think that’s worked pretty well so far because people aren’t slotted into a professional program where they have to take courses that they really don’t want to take.” An artist himself, Dickenson contacted writers and artists he felt would be good instructors to form the core of the TCW, including Templeton.

In the TCW’s inaugural year, classes were run from the Bloor Street United Church and the University of Toronto’s Ontario Institute for Studies in Education (OISE) building to work with their “shoestring” budget, as Dickenson called it. The new College Street location provides two classrooms and a stable location, as Templeton noted that working from the OISE building in particular led to room re-assignments depending on other classes or events taking place on the campus. “There’s the solidity of knowing where we are every week and the flyers don’t change from semester to semester,” says Templeton. “It’s always going to have the same address on it.”

The Workshop’s faculty speaks to the Dickenson’s concept as something separate from more academically-focused institutions. Every instructor is also currently working in the industry. Geordie Millar is an animal and human anatomy artist whose work is currently on display in galleries in the U.S., and teaches the TCW anatomy course. Scott Caple teaches perspective drawing, and has worked on Disney projects like Mulan, The Hunchback of Notre Dame and The Incredibles. Storyboarding instructor Sam Agro worked on the storyboards for the second-through-fifth Saw movies. And Leonard Kirk, who teaches the upcoming fall term’s pencilling course, is currently working on Marvel’s New Mutants.

“People who teach you are not long-retired folks who were doing it 15 years ago, or guys who always wanted to do it but never quite got up to that level,” says Templeton.
“If you’re getting pencilling instructions from [Kirk] and he says ‘this is the marketplace’s current style,’ he ain’t kidding. He’s drawing one of the X-Men comic books right now, and you don’t get bigger in the business than that.”

“[While] so many comic book artists today work in the industry, they also do work in other associated industries,” explains Dickenson. “It’s very common for comic book artists to work in storyboarding or special effects design in Hollywood. So we want to give people the best opportunities to make their living as full-time artists if they can. I think that’s the eventual goal that we have.”

The mixture of working professionals with experience in not only the comics industry, but also animated and live-action film and television provides insight on why this is called the Toronto Cartoonists Workshop, and not the Toronto Comics Workshop. “Cartooning can be comic strips, newspaper strips, sketching, doodling, illustration or rendering,” says Sean Menard, TCW’s director of marketing and new owner, after Dickenson recently sold the business to him. “For us, cartooning is a broad enough description of what we aspire to offer, rather than just comics. Comics are great, but the word is exclusionary for us. We offer more than comics: autobiographical, graphic novels. We want to make sure the people understand all of these things or aspects of TCW.

As the Workshop grows, Menard, Dickenson (who is staying on as an advisor for scouting new instructors) and the others are looking to the future. Menard hopes that Holmes Incorporated will be a continuing feature for the Comic Book Boot Camp graduates, and will include contributions from both new students and former graduates. New courses the two are looking at adding include sci-fi writing, screen-writing, or even drawing for seniors. The most exciting addition for this fall, according to Menard, is the new Kids Workshops – courses taught on weekend mornings for kids between the ages 8-14 who want to learn cartooning and illustration. Menard sees it as cultivating new and enthusiastic talent for the next generation of comics and cartooning.

Templeton’s ten-year-old son is currently enrolled in the Kids’ Workshop. He’s thoroughly amused by the fact that when his children were growing up, piles of his work for Batman and Robin, and recently The Simpsons, would lay strewn about the house but classify under the boring moniker of Dad’s Work Stuff. “Now that I’m doing The Simpsons my kids couldn’t care less about The Simpsons. They love Family Guy and the stuff I don’t work on. If I worked on Family Guy tomorrow they’d lose interest in it.”

“I love the fact that my ten-year-old really wanted to take art lessons from a ‘real art teacher’ so he comes to the school [where I teach] to take it with someone else. That cracks me up.”
Ty and I soon move out of the bathroom since one of the launch party guests needs to use it for more traditional purposes. Still, we’ve proven that even in the most unexpected ways, the new home for the Workshop will prove abundantly useful for its continued growth in the future.