A Conversation With The Boss Baby’s Tom McGrath

Crafting a Personal Story Though Animation 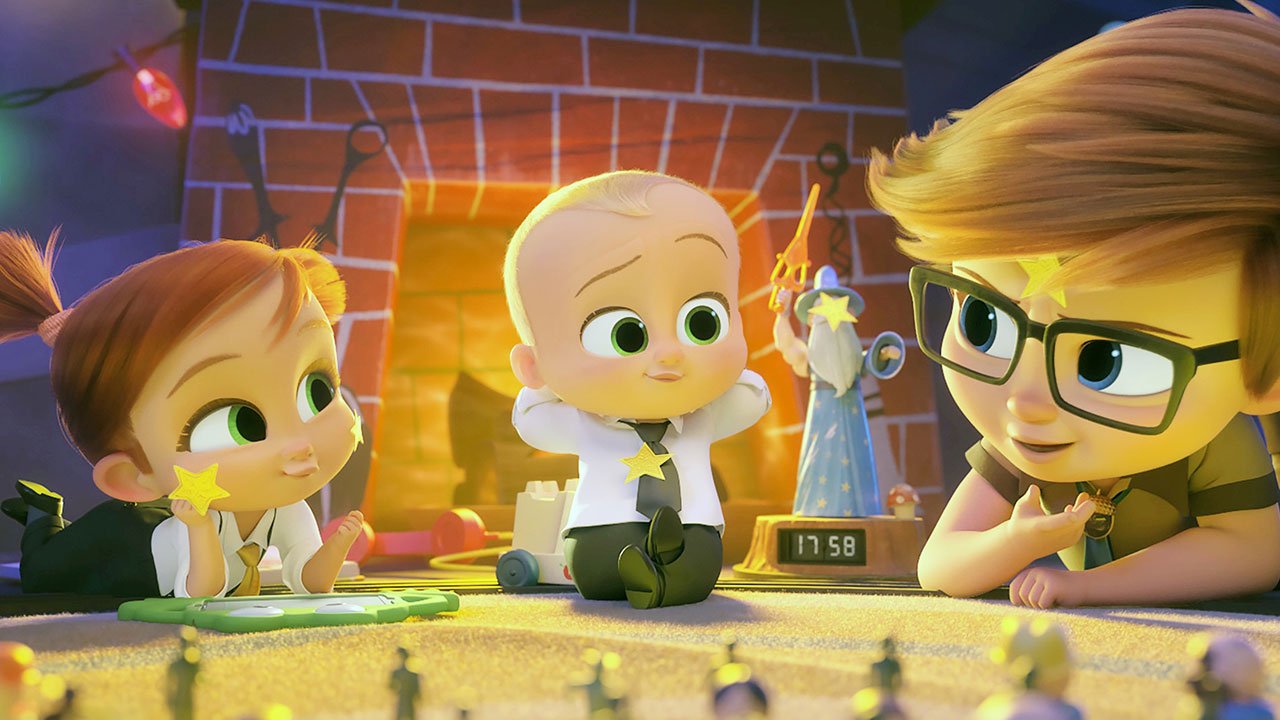 Tom McGrath is no stranger to animation. He has worked on some of the biggest animated films over the past decade, including Madagascar, Megamind, and now The Boss Baby. With a long career in voice acting, directing and creating in Hollywood, he brings a level of experience that makes the films stand out from the crowd.

Beyond experience and the ability to craft exciting films, Tom McGrath also brings with him a love of animation and the medium as a whole. There is a sense he truly loves creating and experimenting with the concepts he brings to the screen, and it shows within the final product. From many nominations to critical and commercial success, it is hard to deny the talent Tom McGrath brings to the films he creates. With The Boss Baby: Family Business now coming to VOD and physical release, CGMagazine took some time to talk to Tom McGrath about filmmaking, animation and his career.

CGMagazine: I just wanted to start by asking why the return to the world of Boss Baby, and what do you believe the sequel brings to the series that wasn’t able to be told in the first film?

Tom McGrath: There’s always a personal aspect that ran into these movies. My brother and I used to fight all the time. Siblings could be your worst enemy or your best friend on any given day, but at the end of the day, we reconciled our differences, especially through our teenage years.

My brother and I made super eight movies when we were kids. As we grew into adulthood, I had the opportunity to come to Los Angeles and make movies, and my brother became a stay-at-home father with his kids, and I was always a bit envious of him that he had a family where I was too career-driven.And he was always envious of me for being able to make movies.

There’s a little bit of that in Boss Baby, these two brothers that have grown up and grown apart. The sibling rivalry could last a lifetime, there’s always a part to the family, and would it be great if these two grown men had to become children again and relive their childhood to become better adults. And it felt like that’s a fun premise.

We always fantasize about if we knew what we do now and got to be a kid again, what would you do with that knowledge? It’s kind of these ideas that came to a while ago. These are fun ideas that might warrant a sequel. The first movie is very boy-centric. And if we had this baby girl, how could she be a foil for the boss baby? There’s an opportunity for a strong female voice as well.

Whereas Boss Baby is from the Mad Men world of yourself promoting, a lone wolf style that Tina would be the voice of a millennial is maybe more in touch with their feelings and more embraces teamwork, and that would be a better foil for Boss Baby than someone gruffer. Then we got Amy Sedaris, fortunately, in there, who helped us create this character that was just really fun to play against Alec Baldwin.

CGMagazine: With the first movie being the sensation it was,  did you feel that you could do justice with this sequel?

Tom McGrath: That’s what you always aspire to. For me, it’s never approaching a sequel. I think the philosophy at the studio is just because it made money, you should do this. The studio was interested. And I was like, ‘I’m not sure what to do until I sat down and thought about it’. And then we got together with Michael McCullers and started thinking about what we could do.

The more we thought about it, the more excited we get about doing it, but I want to make sure it’s worthy for an audience’s attention, and in a way, this is a story we want to tell, and it felt with the sequel, there’s more access for point of view of a parent, with the father-daughter story, brother story or the grandparent’s story, it just felt like it’s more accessible. And I want to make people laugh at themselves, but I want the film to touch them at the end of the day. If they can relate a little bit more to this movie from any parent or kid and then that would be great because they say “laughter is the doorway to the heart”. And if we do our job right, hopefully, we can touch people’s heartstrings as well.

CGMagazine: When you’re looking at the cast of The Boss Baby: Family Business, it’s fantastic. Were the roles written for them and the actors brought them to life or did they adapt as you brought the people on?

Tom McGrath: Our cast was our first choices. When you think about casting a movie for animation, you think about filling out a band. So, Alec Baldwin as the bass, then James Morrison as the lead guitarist and Jeff Goldblum as the drum section. So, all the voices play off each other well. We rely on these actors because we know they can create great characters. Amy Sedaris, as we know, from her show, is a fantastic character creator. So, we approach it, like we’re work shopping a play, and Michael McCullers will get together and have a character type. And he’s great at finding the voices for characters. But we also write and rewrite and improvise quite a bit in our three-year process of recording the actor.

So, we throw out what doesn’t work, and we keep what does. I think that’s what’s different about live-action; you don’t just nail a script, shoot it, we workshop it over and over as the film progresses to make it perfect. And we cut these scenes together over eight months to a year. And thanks to the magic of what we do, it feels like they are in the same room playing off each other.

CGMagazine: Do you believe animation helps tell stories that might not be able to be told in live-action or even traditional animation?

Tom McGrath: I have always loved animation from early on. A couple of things I learned in film school for animation was if you can tell the story with no sound, It’ll play anywhere around the world. What I love about animation is its a caricature of life, whether in the movement style and I think that’s what brings comedy, that caricature of motion and action.

I think what’s fun about animation is to make people laugh through physical comedy and not be so reliant on all the dialogue as much, and reactions expressions but what I loved about animation growing up in the 70s, is they would still play animated movies in the theatre. That’s where I fell in love with it because it immersed me in a world.

It’s larger than life on the big screen, and it immerses me in a world of art. I think computer animation is great, but for kids nowadays, let it be a traditonally animated work as their first movie, let them fall into this world of art. That’s the most rewarding job you can have making these movies in a way. I think that’s why these fantasy sequences and The Boss Baby movies are very special to us because they’re more hearkened back to the days of 2d animation.

We develop tools so we could do the broad style of animation like Bob Clampetts, Tex Avery or Chuck Jones because we’ve added technology to do a multi limb system, so the characters could move fast. In the old days, you could draw multiple arms to convey that the characters were moving fast and cartoony. And so, we’re trying to get the computers to do what was so easy for us to do before the age of CGI.

CGMagazine: People that have not seen The Boss Baby but are interested in animations, why should they jump into the movies? What is the draw for these movies?

Tom McGrath: Well, there is their celebration of animation. The stock in laughter has been pretty low in the last year and a half. We didn’t intend to make the movie from home during a pandemic, but we thought if we can make people laugh at ourselves and especially at something that families could laugh at together, then hopefully we’d be at the right place at the right time.

So, hopefully, we can bring joy to people on it. Like I said, ‘laughter is the doorway to the soul and the heart’ and if we can inspire people to reconnect with a relative you haven’t connected with for a long time. That would be a great thing.

CGMagazine: Thank you so much.

Tom McGrath: Thank you I appreciate it. It’s fun talking to you.